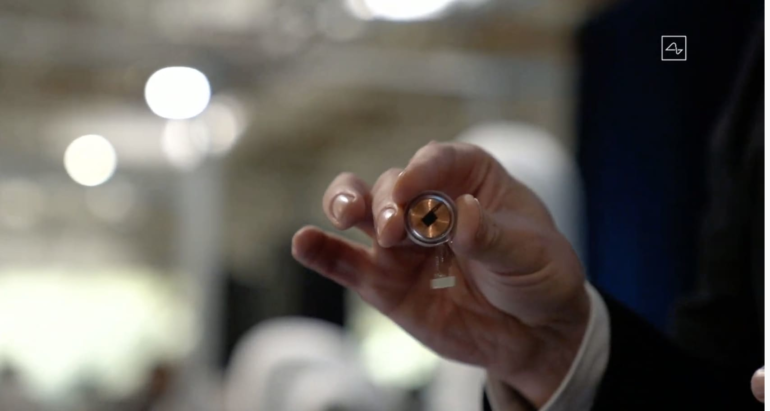 Neuralink President Max Hodak announced on Saturday, via Twitter, that he is no longer with the health tech venture he co-founded with Elon Musk, and has not been for a few weeks. He did not reveal the circumstances of his departure.

Fremont, California-based Neuralink is, “developing ultra-high bandwidth brain-machine interfaces to connect humans and computers,” according to the company’s self-description on LinkedIn.

Musk – who is also the CEO of electric car makers Tesla and the aerospace defense contractor SpaceX – has said, without showing evidence this is possible, that Neuralink’s devices could enable “superhuman cognition,” enable paralyzed people to operate smartphones or robotic limbs with their minds someday, and “solve” autism and schizophrenia.

Founded in 2016, with Musk investing tens of millions of his significant personal wealth, Neuralink is also developing surgical robotics to implant its devices, essentially sewing tiny wires about a quarter of the diameter of a human hair to connect the implants to the brain.

After the August 2020 demo, MIT Technology Review deemed Neuralink “neuroscience theater,” in a scathing teardown of the presentation.

Musk does not have a background in neuroscience or medical devices but, according to a project director at Neuralink quoted by The New York Times in 2019, has been “active in trying to help solve the engineering challenges that Neuralink faces.”

In the medical news site StatNews, a neuro-ethicist and doctor named Anna Wexler wrote in an op-ed on April 7, 2021:

“In this new world of private neurotech development, company demos are live-streamed on YouTube and have the flavor of techno-optimism that involves proclamations about a future we have yet to see — but one that we are assured will come to pass. Data are sparse; rhetoric about making the world a better place is heavy.”

The next day, Musk wrote in a series of tweets, again without providing evidence:

“Later versions will be able to shunt signals from Neuralinks in brain to Neuralinks in body motor/sensory neuron clusters, thus enabling, for example, paraplegics to walk again

The device is implanted flush with skull & charges wirelessly, so you look & feel totally normal”

Kubernetes and cloud certification training: Become an expert for only $39

On Saturday, Hodak was not immediately available to comment.

For Musk, Saturday was a day undoubtedly requiring more focus on his aerospace venture, SpaceX. After 167 days in space, astronauts in a crewed, SpaceX and NASA mission began their return flight home, with a “splashdown” expected around 2:57 a.m.

One of Hodak’s followers on Twitter asked him what’s next and he replied, “Not Jurassic Park.” The quip was a reference to a prior fantastical discussion on the micro-blogging platform in which Hodak mused: “We could probably build jurassic park if we wanted to. wouldn’t be genetically authentic dinosaurs but . maybe 15 years of breeding + engineering to get super exotic novel species.”

Neuralink is one of many medical tech companies working on a so-called “brain-machine interfaces.”

Competitors include those developing implants and non-invasive devices like headsets. Among them are Kernel, Synchron, Neurable and even Facebook in the U.S., CereGate in Germany and Mindmaze in Switzerland.