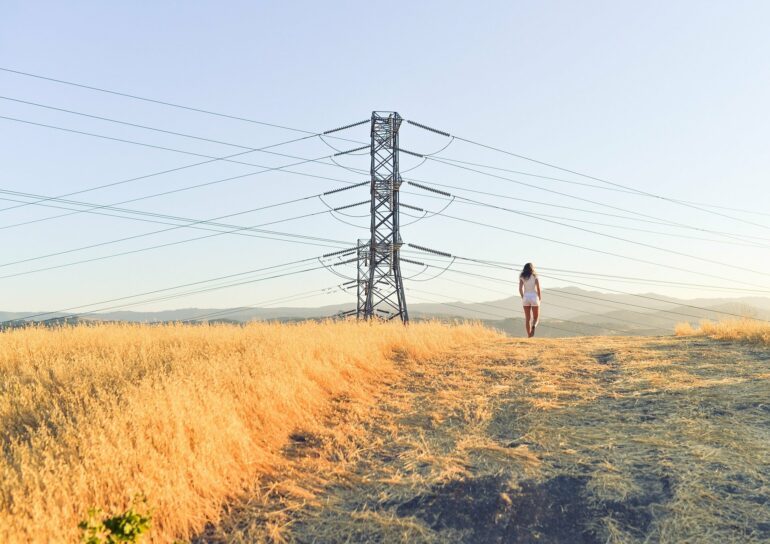 Renewable energy that feeds into the main power grid could destabilize the system and potentially cause power failures according to a new study.

Mathematicians from the University of Nottingham used data from smart meters to track how grid composition changes over time and found resilience varies over the course of a day and that a high uptake of solar panels can leave the grid more susceptible to failure. Their findings have been published today in Science Advances.

Domestic renewable energy generation is growing rapidly with just over one million small-scale solar Photo-Voltaic(PV) systems in the UK. These small-scale, renewable generators are low- output and intermittent and often distributed across and embedded within power grids in large numbers.

Household generation forms a key component of the integration of renewables and includes the ‘feed in tariff’ which pays the producer for supplying their stored power back upstream to the grid. This supply of power is unpredictable with generators coming on and off-line intermittently and households adopting the role of consumers or producers asdaily and seasonal usage, and meteorological conditions vary. These fluctuations can put the grid at risk of system failures.

Oliver Smith, researcher at the University of Nottingham led the study, he explains: “The increasing proliferation of small, intermittent renewable power sources is causing a rapid change in the structure and composition of the power grid. Indeed, the grid’s effective structure can change over the course of a day as consumers and small-scale generators come on- and off-line. Using data from smart meters in UK households we tracked how grid composition varies over time. We then used a dynamical model to assess how these changes impact the resilience of power grids to catastrophic failures. We found that resilience varies over the course of a day and that a high uptake of solar panels can leave the grid more susceptible to failure.”

The first part of the research investigated the theory around changing the proportion and size of generators by modeling a system using many small-scale generators and in all cases it showed that the grid should be more robust than if using one power source. However, when the real-world smart meter data was incorporated the researchers found that the reality for a network with many small-scale generators operating at different times means the grid doesn’t reach optimum levels for this resilience to be achieved leaving it susceptible to failures.

The researchers found that renewable energy stored in household batteries is used only to minimize household power costs and does little to minimize the risk of network failure.

They recommend that the supply of power from these batteries should be scheduled to also optimize for power grid resilience.

Oliver continues: “The main problem is the amount of fluctuation there is in small-scale renewable energy supply. A cost-effective way to overcome this would be to intelligently schedule the release of stored PV energy from household batteries at specified times. This would provide much greater control and reduce the risk of system failures.”