Nuclear power may be the key to least-cost, zero-emission electricity systems: study 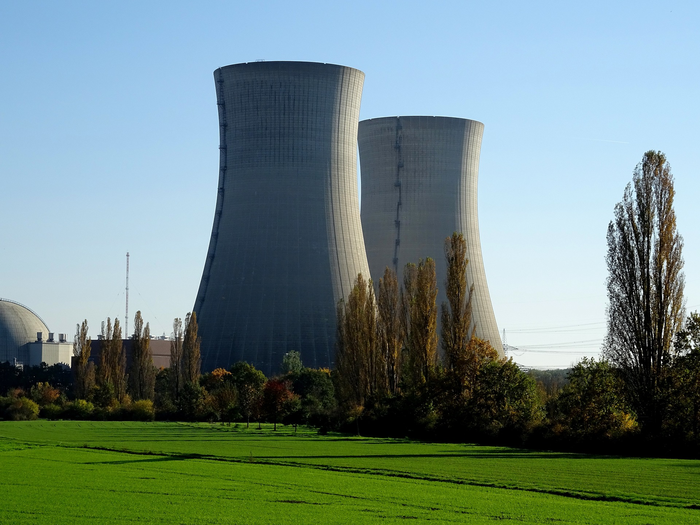 Nuclear power generation can play a crucial role in helping the world reach a key goal of zero carbon emissions by the middle of the century, especially in countries with low wind resources, according to new work in Nature Energy from Lei Duan and Ken Caldeira of the Carnegie’s Department of Global Ecology.

Human activity is spewing carbon pollution into the atmosphere, affecting the global carbon cycle and causing warming, as well as altered precipitation patterns. According to the Intergovernmental Panel on Climate Change, to minimize catastrophic climate impacts, it’s important that humanity work to keep the global mean temperature increase under 1.5 degrees Celsius relative to pre-industrial levels. To achieve this goal, the panel said carbon emissions from across the energy system would have to reach zero by the middle of this century.

“Renewable energy sources like wind and solar are great for reducing carbon-emissions,” Duan said. “However, the wind and sun have natural variation in their availability from day to day, as well as across geographic regions, and this creates complications for total emissions reduction.”

Today, gaps in the energy that wind and solar provide can be made up by power generation from natural gas. However, in a zero-emission electricity system, another way is needed to provide electricity when the sun is not shining, and the wind is not blowing.

Previous studies have shown that curbing 80 percent of carbon emissions can be achieved by ramping up wind and solar power harvesting installations. However, gaps between supply and demand created by this variability in natural resources would require significant infrastructure changes—massive expansions in energy storage and transmission capabilities, as well as in energy generating infrastructure—in order achieve 100 percent curtailment.

“To nail down that last 10 or 20 percent of decarbonization, we need to have more tools in our toolbox, and not just wind and solar,” Caldeira explained.

To assess the possibility of nuclear power to serve this need, Duan and Caldeira, along with Robert Petroski of TerraPower LLC and Lowell Wood of Gates Ventures LLC, investigated the wind and solar resources of 42 countries and used this information to evaluate nuclear power’s ability to provide low-cost energy and replace natural gas as a backup energy source. Their analysis focused on identifying which countries would benefit from exploring nuclear power as an option for their energy suite sooner rather than later.

They found that in countries such as the U.S., which have the right geographic and climate conditions for generating ample wind power, nuclear would not be deployed until it was needed to get over the last remaining hurdles of decarbonization. But in countries with poorer wind resources, such as Brazil, strategic use of nuclear power could enable a faster transition away from carbon.

“Under strict greenhouse gas emission controls, reliable power generation provided by nuclear power has a lot of potential value in the electricity grid for most nations,” Duan concluded. “Places with poor wind resources can benefit from nuclear earlier in the path to zero emissions, whereas places with very good wind resources would only need it to get rid of the last traces of carbon emissions.”

Added Caldeira: “Our analysis looked at the cheapest way to eliminate carbon dioxide emissions assuming today’s prices. We found that at today’s price, nuclear is the cheapest way to eliminate all electricity-system carbon emissions nearly everywhere. However, if energy storage technologies became very cheap, then wind and solar could potentially be the least-cost path to a zero-emission electricity system.”

Waiting for Prime Day to buy an Amazon Kindle? 5 things you can do to get ready