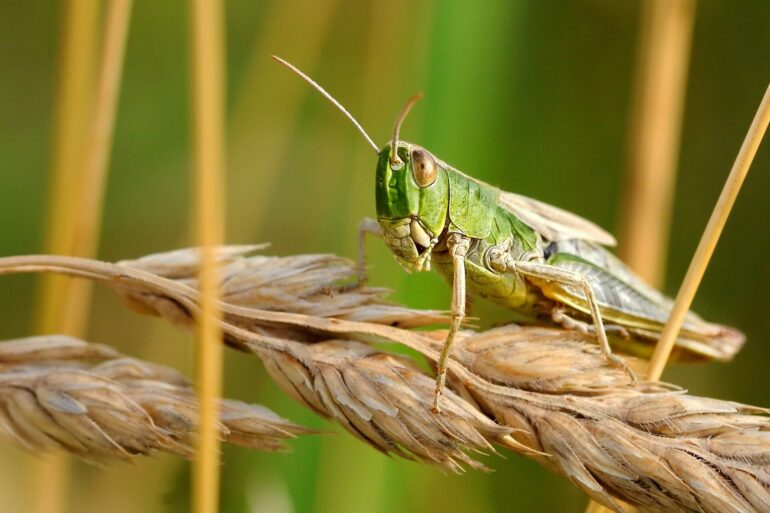 Despite only about 25% of car travel happening after dark, almost half of fatal accidents occur at night. As our vehicles become more advanced and even autonomous, the ways of detecting and avoiding these collisions must evolve too. Current systems are often complicated, resource-intensive or work poorly in the dark. But now, researchers reporting in ACS Nano have designed a simple, power-saving collision detector inspired by the way insects avoid bumping into one another.

Numerous collision avoidance systems (CASs) are already included in vehicles, and they can automatically brake when an object gets too close. Some operate by analyzing an image of the space around the car, but in conditions like heavy rain or low light, the image isn’t as clear. To make up for it, complicated signal processors are used to make sense of what is still visible. Another method is to incorporate either radar or LiDAR (light detection and ranging) sensors, but these are difficult to miniaturize and need a lot of power. In the end, these instruments can add unnecessary weight, energy requirements and complications, despite making the vehicle safer.

But insects, including locusts and flies, can easily avoid collisions with each other without relying on fancy software or LiDAR, even at night. Instead, they engage certain obstacle-avoiding neural circuits, which are highly efficient and could inspire a next-generation CAS. So, Saptarshi Das and colleagues wanted to create an insect-inspired collision detector adapted to sense vehicles that was effective, safe and consumed less power than its predecessors.

First, the team designed an algorithm based on the neural circuitry insects use to avoid an obstacle. Instead of processing an entire image, they only processed one variable: the intensity of a car’s headlights. Without the need for an onboard camera or image sensor, the detection and processing units were combined, making the overall detector smaller and more energy efficient.

The sensor was comprised of eight photosensitive “memtransistors” constructed from a layer of molybdenum disulfide (MoS2), organized onto a circuit. It took up only 40 µm2 and used only a few hundred picojoules of energy—tens of thousands of times less than existing systems.

Finally, in real-life nighttime scenarios, the detector could sense a potential two-car accident two to three seconds before it happened, leaving the driver with enough time to take critical corrective action. The researchers say that this novel detector can help make existing CASs better and safer.

In CompaniesCybersecurityStartupsTech
on 20 December 20191 min read