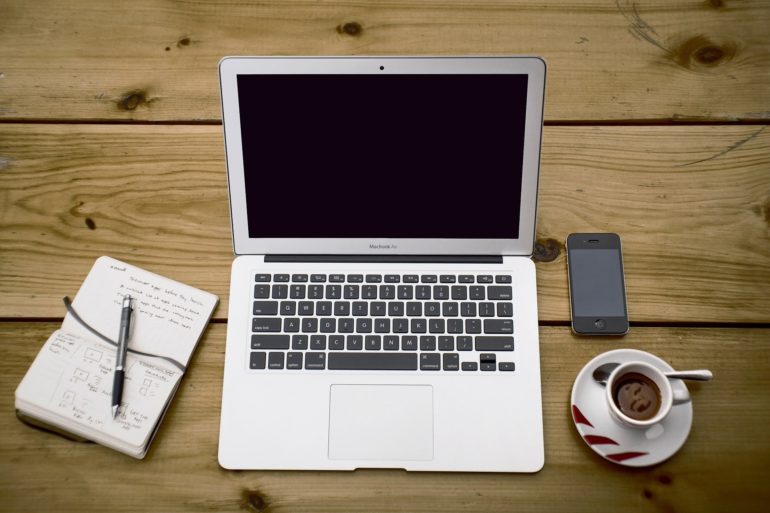 Apple is eyeing a better way to charge your devices.

The folks at Cupertino received a patent this week for a magnetic ecosystem that would permit two-way wireless charging of multiple devices at the same time.

A drawing accompanying the patent, titled “Inductive charging between electronic devices,” shows a MacBook charging an iPhone and Apple Watch at the same time. The MacBook achieves this by embedding charging coils underneath the trackpad and inside the lid so devices can be charged while the MacBook is either open or closed.

Devices by other manufacturers, such as Google’s Pixel 5 and Samsung’s new Galaxy Book laptops, already offer wireless device-to-device charging, but Apple’s proposed system is the first to utilize multiple coil placements, including in the lid, palm rest and trackpad, that enable more than one device to charge at a time.

The patent, reported this week by Patently Apple, indicates that reversible charging will, for instance, allow an iPhone to either charge or be charged by a MacBook. Software could be utilized to determine which device is closer to battery exhaustion and automatically select that device for charging.

A series of magnets would be encased in the MacBook to ensure proper alignment of devices to be charged.

Apple acknowledges that the proliferation of cables and chargers poses problems for users. This project addresses that problem.

“Some electronic devices include one or more rechargeable batteries that may require external power to recharge,” the patent states. “Often, these devices may be charged using a common or standardized electrical connector or cable. For example, some devices may be charged using a universal serial bus (“USB”) connector or cable. However, despite having standardized connectors and cable, each device may require a separate or dedicated power supply to charge. In some cases, having separate power supplies for each device may be burdensome to use, store, and/or transport.”

The patent appears to be another signal Apple is heading towards portless devices.

Apple in 2017 considered a wireless implementation called AirPower that consisted of a mat capable of charging Apple devices. The mat, which contained numerous embedded coils, required no specific alignment but Apple abandoned the project because of overheating problems.

And last October, Apple reintroduced a new version of its popular MagSafe feature with the iPhone 12 and 12 Pro series. It consists of a three-foot-long cable connected to a disc with magnetic components allowing automatic alignment for charging. The new proposed charging system would use the same or similar MagSafe approach for alignment.

The Apple patent refers to software integration as well. One program would recognize the shape and size of a smaller device placed on an iPad screen for charging, for instance, and reconfigure the screen display to wrap around the device. Another proposal involving the same setup envisioned the iPhone screen displaying the obstructed portion of the iPad screen so the user could continue working seamlessly on the iPad during charging.

A third proposal was a screen display confirming proper alignment that could also project battery charging progress or other relevant device status data.

Are cryptominers going to buy up all the new MacBook Pro stock?

One obstacle for Apple is that in order for this new wireless charging ecosystem to work, devices must be made of glass or plastic. Apple’s MacBooks are composed of aluminum, which will obstruct charging. Apple gave no indication of what, if any, structural changes are in the works to accommodate that requirement.

Review: Eggtronic Power Bar can charge all your devices