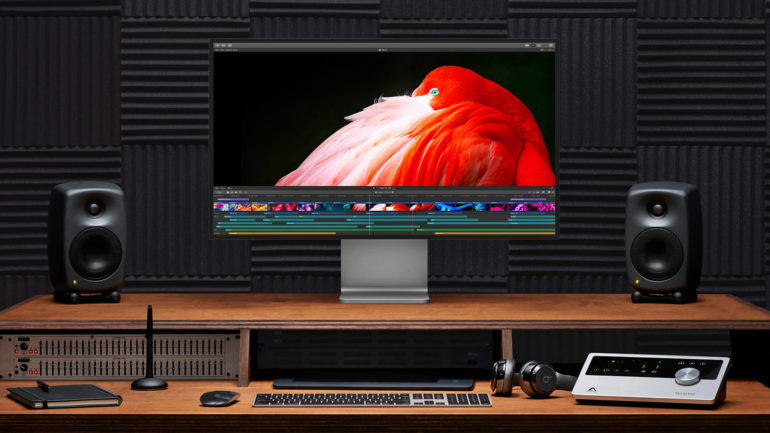 Apple could be launching a new external display to join the Pro Display XDR that it already sells, according to a new rumor – and the monitor is said to be running its own A13 Bionic chip and its own Neural Engine.

The news comes from 9to5Mac, which says that “sources familiar with the matter” have revealed the existence of the new device, codenamed J327. As yet it’s not clear what this display might be called, or what any of the other key specs (such as size) are.

If the A13 Bionic chip sounds familiar, that’s because it also features in the iPhone 11 series of devices. Add in the Neural Engine for a little bit of artificial intelligence magic, and it sounds like this screen will be able to do a substantial amount of on-board processing.

That processing could perhaps involve adjusting colors, contrast, brightness and other qualities in real time – maybe in response to ambient light or whatever input source is selected – but at this stage we really don’t know what features the device is going to offer.

On-board computing power integrated into the display would also mean some of the graphical processing pressure is taken off whatever device is hooked up to it – we could be looking at a monitor capable of some very high-resolution imagery. It’s also possible it could sport integrated features such as AirPlay.

iOS 14.1 rolling out to iPhones, but no sign of a battery fix

Given the inclusion of the processing and AI chips, this could well be an upcoming replacement or upgrade on the Apple Pro Display XDR – yours for a mere $4,999 / £4,599 / AU$8,499 and up (without stand) direct from the Apple website – rather than a more affordable, less premium alternative.

After its Thunderbolt Display was retired back in 2016, Apple said it was getting out of the standalone external monitor business – only to return in 2019 with the Pro Display XDR. In fact, rumors of an external Apple display with an integrated GPU have been floating around for several years.

Based on this new report, it looks like we’re closer than ever to getting some actual hardware meeting that description. However, the sources speaking to 9to5Mac didn’t disclose any sort of timescale for when the screen might be unveiled.