Best iPad in 2021: Which iPad model should you buy? 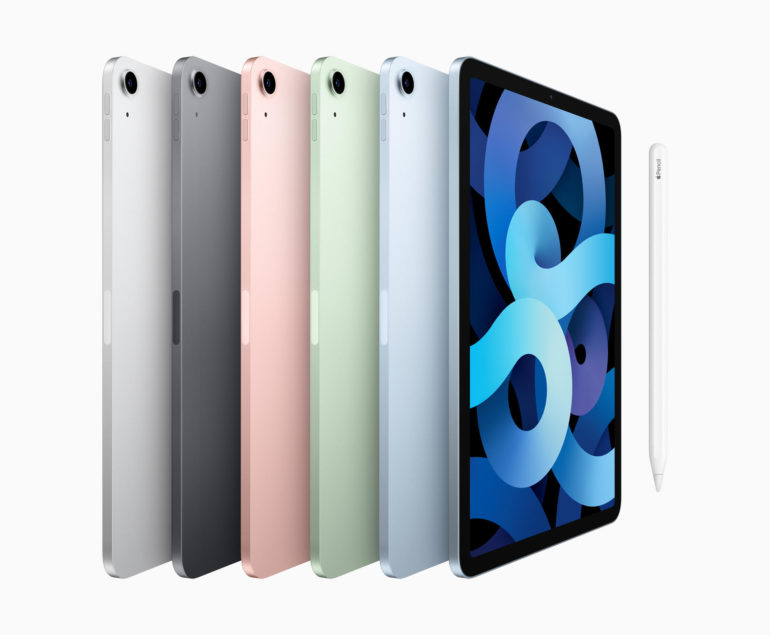 Apple’s iPad lineup is arguably something that’s unmatched by any other platform or device maker — and Apple has just announced a new, more capable iPad Pro that’s sure to move that sentiment even further.

From the iPad Mini to the iPad Air or iPad Pro, the tablets all consistently find their way to the top of performance charts. They offer 10 hours of battery life, clear and crisp displays, and access to hundreds of thousands of apps in the App Store. On top of that, retailers regularly run iPad deals on the base model making it even more affordable.

With Apple continuously updating and adding features to iPadOS, the iPad keeps gaining valuable features like trackpad support and more Mac-like features, while differentiating the tablet lineup from the iPhone. You can even connect a mouse to an iPad Mini and use it as a miniature — and arguably more capable — netbook.

Below, you’ll find Apple’s iPad lineup and details about what differentiates each model in a bid to help you decide which iPad is best for you.


The base model iPad 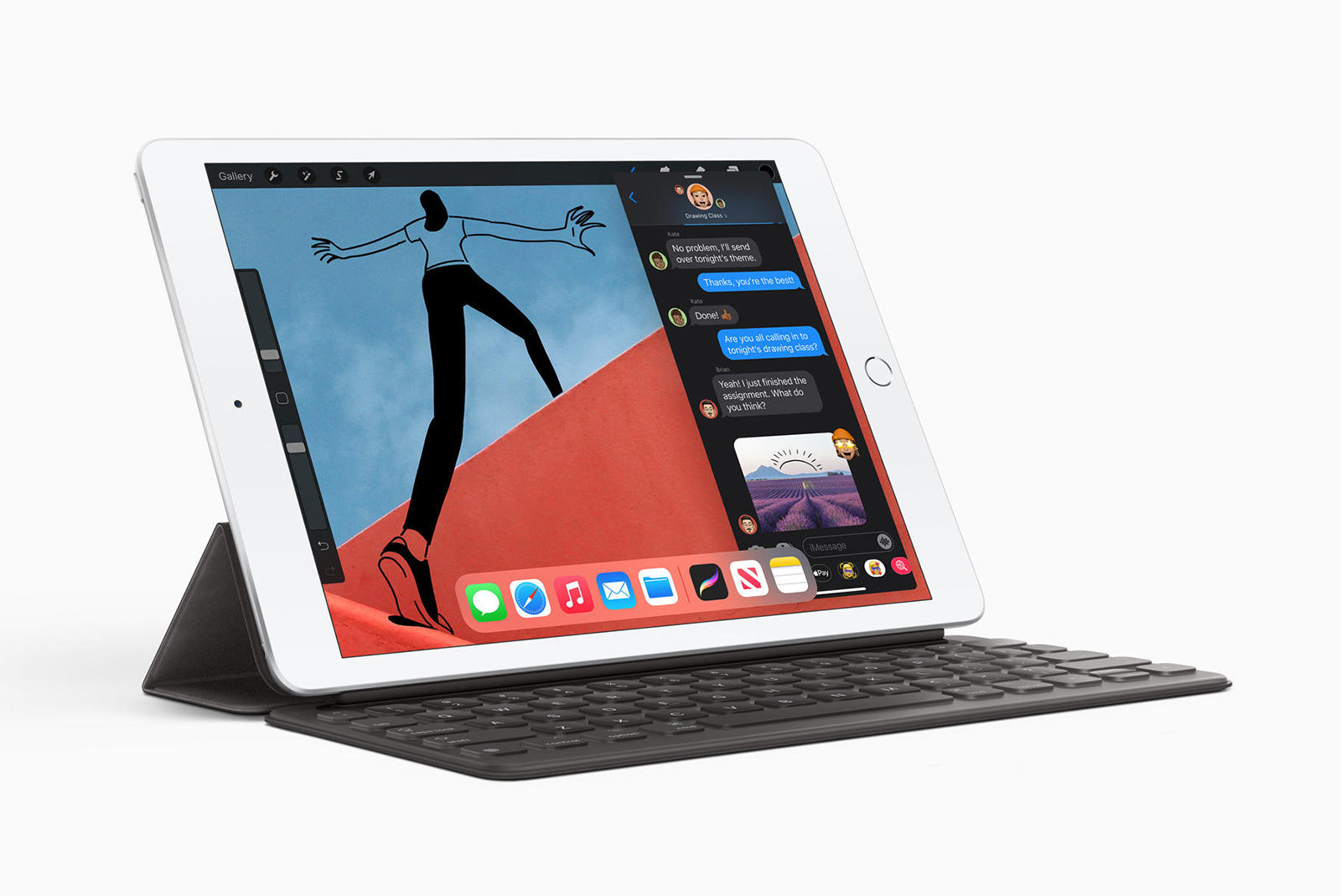 Apple’s tried-and-true tablet, the base model iPad, is arguably the best value out of the group. You get all of the same features as the more expensive Pro and Air models, and for the first time, it comes with a larger 10.2-inch display.

With the improved performance of its updated processor and multiple storage options, the base model is perfect for students or someone who needs a tablet for watching their favorite Netflix shows and ordering groceries but doesn’t truly want it to replace their laptop.

Apple hasn’t expanded its facial recognition hardware beyond the iPad Pro quite yet. But with the recent update to the iPad Air, the iPad and iPad Mini are the only two tablets left in Apple’s lineup that still have a home button with Touch ID. There is, however, a Smart Connector to add Apple’s Smart Keyboard, turning the iPad into more of a laptop than a tablet. And, of course, it supports the Apple Pencil.

Better yet? The iPad starts at $329, but you can often find iPad deals that bring the price down to $299 or cheaper. It’s incredibly powerful and even more affordable. 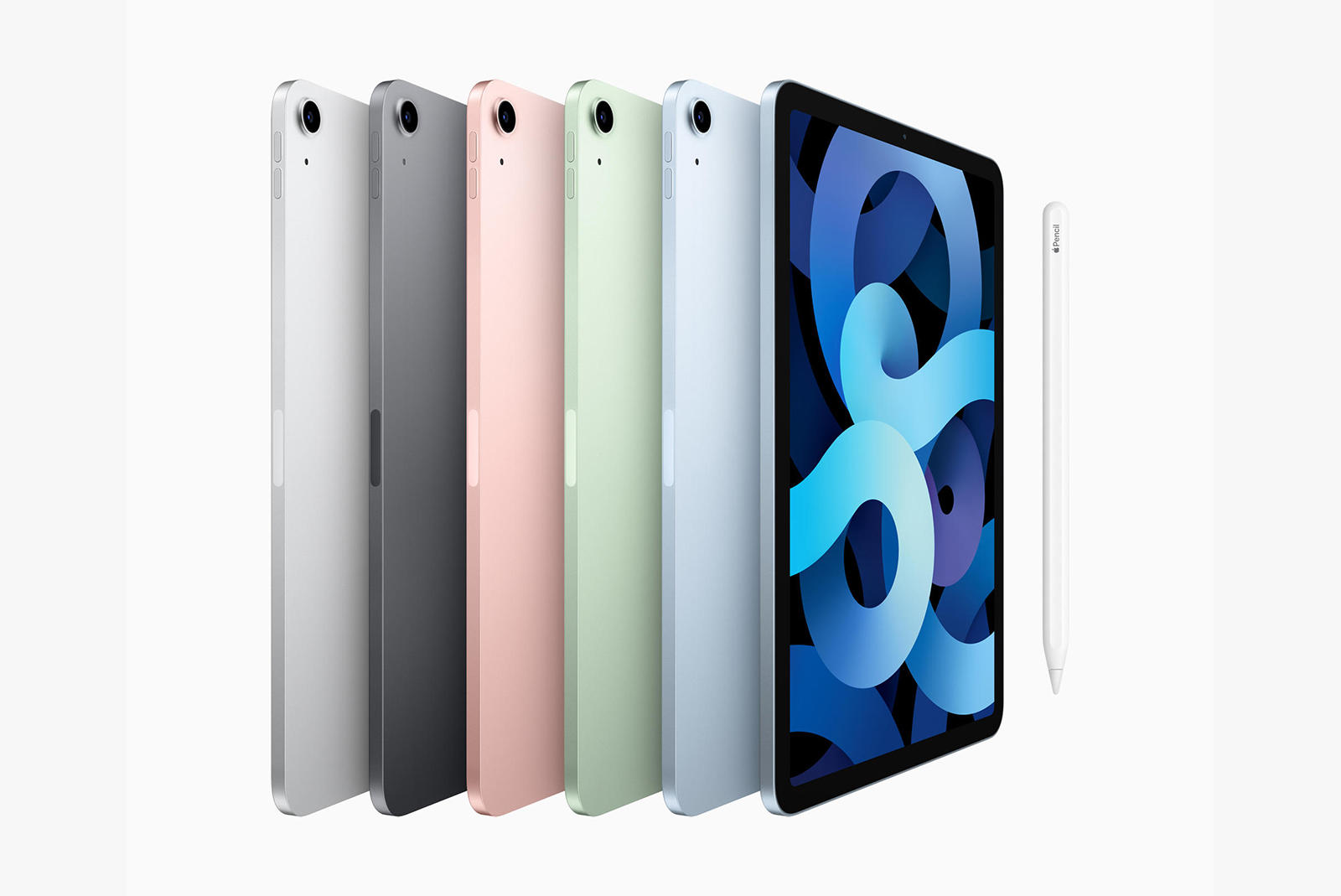 Apple announced the completely redesigned iPad Air late in 2020, alongside new Apple Watch models. The fourth-generation Air features the same design as the iPad Pro lineup, as well as the new iPhone 12 models, bringing back the flat-edge design Apple first used in the iPhone 4.

The Air sits confidently between the base iPad and the iPad Pro in terms of performance and price, with a 10.9-inch display, a Touch ID sensor that’s been moved to the power button (so long, home button), and it works with the Magic Keyboard for iPad and second-generation Apple Pencil.


As close as you can get to a laptop 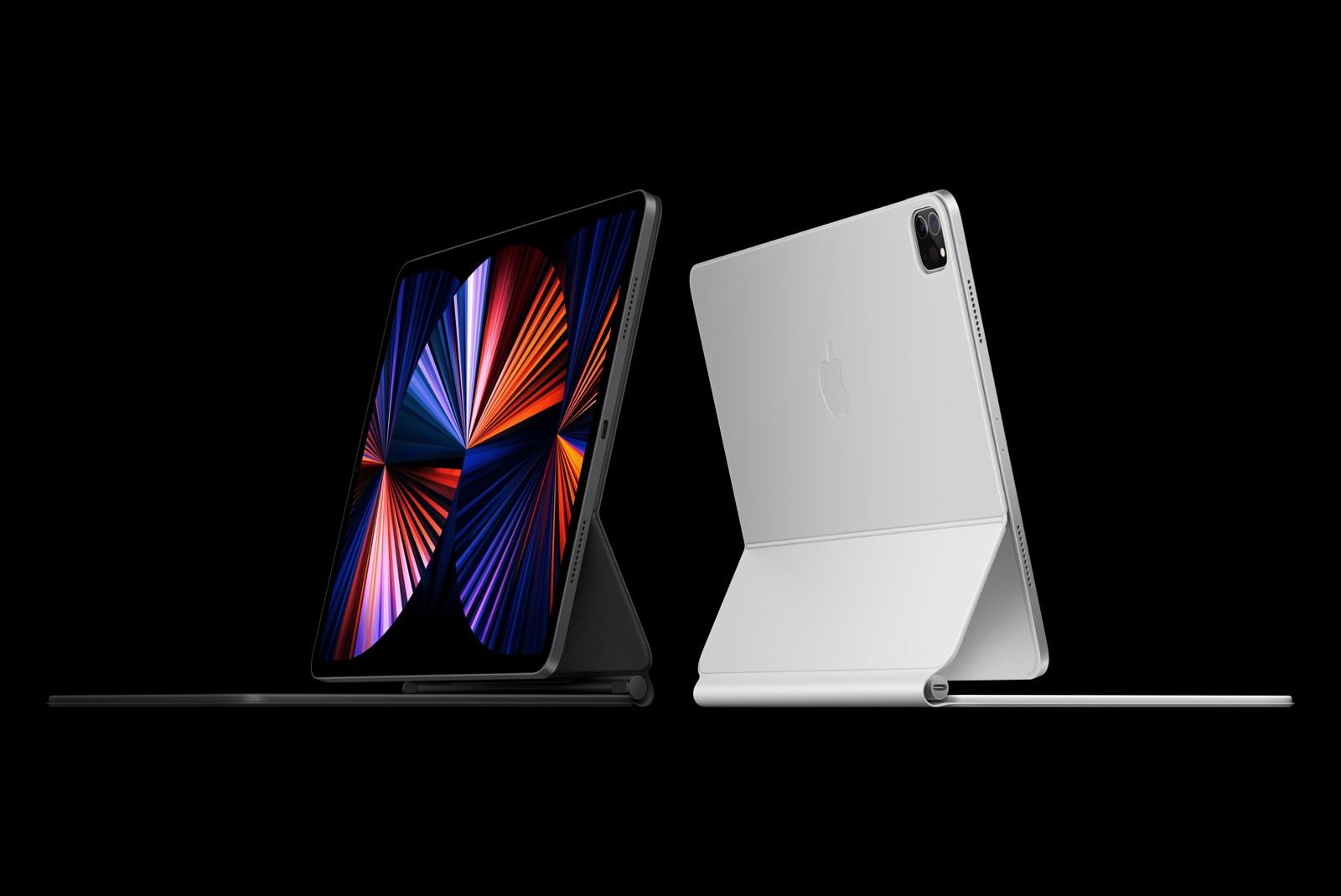 Apple just announced the 2021 iPad Pro lineup, and it’s by far the most capable and impressive we’ve seen. It’s also the most expensive, by a long shot. The design hasn’t changed all that much on the outside, but on the inside you’ll find Apple’s M1 processor that made its debut in Apple’s Macs late last year.

We haven’t been able to test the new iPad Pro models quite yet, but we plan on putting it through its paces once we do. The performance should be on par, or surpass, Apple’s MacBooks and new iMac.

The larger model has a new Mini LED display that Apple calls Liquid Retina XDR, which would be brighter and offer more color contrast.

The Thunderbolt 4 port will enable faster syncing between the iPad and external storage devices, as well as more reliable connections to external monitors (hopefully in the future that means true external monitor support).

The Pro also supports the second-generation Apple Pencil, with a magnetic spot on the side to charge it. The Smart Connector is on the back of the iPad Pro, giving you the option to use it with the Magic Keyboard that includes backlit keys and trackpad, or Apple’s Smart Keyboard.

The iPad Pro, combined with iPadOS, is as close as you can get to a laptop without actually buying a laptop.


Works with the first-generation Apple Pencil 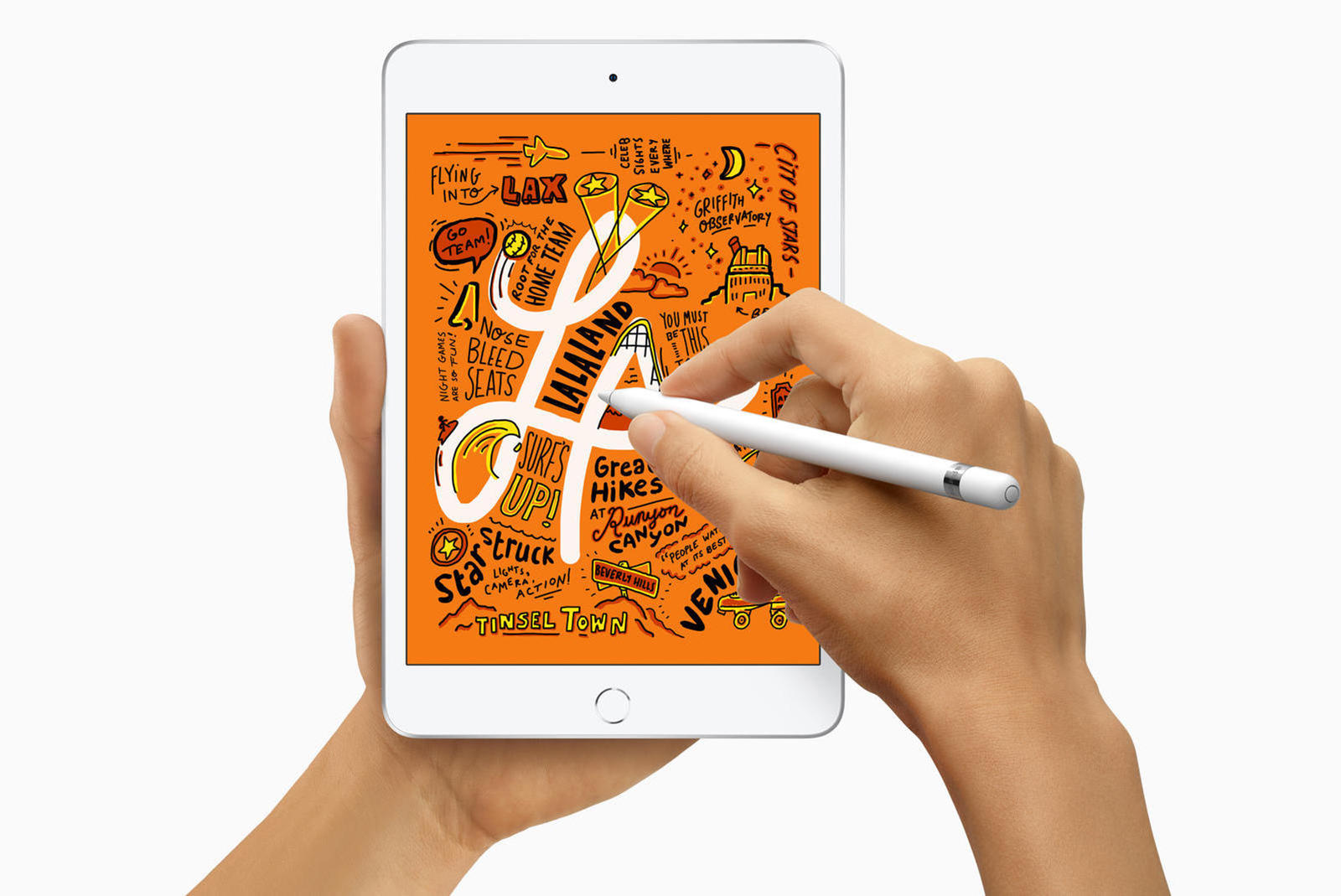 If you want something smaller and more manageable, the iPad Mini fits the bill. Powered by the A12 Bionic processor, the 7.9-inch tablet comes with all the same bells and whistles as the rest of Apple’s tablet line thanks to a fairly recent update.

The Mini will work with the first-generation Apple Pencil, so you can draw or jot notes in supported apps. As of iPadOS 14, Apple Pencil support is expanding thanks to a new Scribbles feature that lets you write in text boxes, with the tablet converting your handwriting into actual text.

You have the option of 64GB or 256GB of storage, with the former priced at $399 and the latter $549 for the Wi-Fi-only models. If you want to add cellular connectivity, you’re looking at a $130 increase. It’s smaller, but also more expensive, so unless you really value the size, you’re better off going with another iPad.

What are the differences between an iPad and an Amazon Fire tablet?

it’s easy to see the price difference between one of Amazon’s Fire tablets and an iPad and immediately write off the iPad. However, you have to remember that Amazon designs and builds its tablets as entry-level tablets that do the bare minimum. Performance is going to be slower, and app selection is going to be worse on Amazon’s Fire tablet lineup. The iPad has access to the same App Store the iPhone does, with most of those apps optimized to take advantage of the larger display in the iPad.

Who is the iPad Mini for?

Good question. It’s getting harder to find a justification for Apple to keep the iPad Mini in its tablet lineup, especially with Apple’s iPhone models getting bigger and bigger. The iPad Mini was recently refreshed, so Apple is still seeing some demand for it. My best guess is that the Mini is best suited for kids as learning and education devices, in an enterprise setting as payment kiosks and information stations, along with those who don’t like big phones or tablets but want a bigger screen for gaming and entertainment.

If I have a Windows computer or Android phone, will the iPad still work?

Yes, it’ll even sync with your Windows PC using iTunes. You’ll miss out on some features — such as iMessage — on your non-Apple devices, but you can still use an iPad without being all the way inside Apple’s walled garden. In fact, I know a lot of Android users who refuse to buy a Google-powered tablet because they prefer the experience on the iPad.

I’ve been testing and using tablets since the first iPad launched and have used every iPad on this list (save for the just-announced iPad Pro). The selection process for the best iPad consists of using the tablets myself, reading other reviews both from consumers and product reviewers, and then determining what should and shouldn’t make the list.

How to choose the right one for you

If you’re stuck between getting the base model iPad or the iPad Air (or for that matter, the Air or the Pro), I recommend sitting down and thinking of all the ways you want to use the iPad.

If your list primarily consists of consumption activities, such as watching videos and reading news, odds are the base model iPad is what you should go with. However, if you want to do a fair amount of emailing, messaging, writing, or web browsing, then the iPad Air is where your search should being. As for the iPad Pro, a lot has changed since last year’s model. It’s clear that it’s now meant for users who plan to push it to its limits, be it with connecting multiple accessories and monitors, or other peripherals while they work.

If you need a laptop replacement and like the iPad, then the Pro is where to start your search.