Casimero vs Rigondeaux live stream: how to watch today’s boxing from anywhere 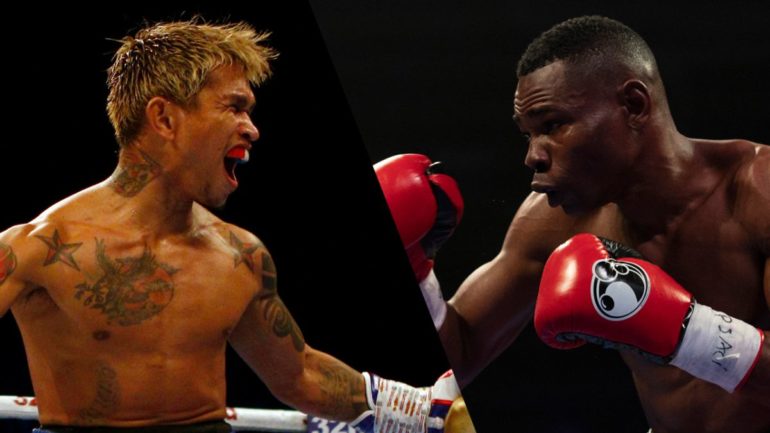 John Riel “Four Aces” Casimero (30-4) and Guillermo “The Jackal” Rigondeaux (20-1) put their belts on the line in a battle for bantamweight supremacy, the 31-year-old Filipino looking to seize his 40-year-old opponent’s WBA title, and the Cuban southpaw eyeing up the storied younger fighter’s WBO crown. Get ready to rumble by following our guide below on how to live stream Casimero vs Rigondeaux, no matter where you happen to be in the world.

The fight was on, and then off, and now it’s on again.

Rigondeaux stepped aside so that three-weight world champion Casimero could take on Nonito Donaire in an all-Filipino affair. But the Cuban had to be parachuted back in after Casimero ruined those plans by directing a series of derogatory comments at his compatriot’s wife.

Never one to hold his tongue, Casimero has spoken of ending Rigondeaux’s career in the lead-up to this one, and he has plenty of reason to feel confident. He’s won his last six fights, and also has a superior knockout record to his opponent.

The Cuban may be much older, but he’s got the height advantage and the reach advantage, and it’s worth remembering that only the great Vasily Lomachenko has ever got the better of Rigondeaux in the ring.

With two belts on the line, this is huge, so read on as we explain how to watch a Casimero vs Rigondeaux live stream from anywhere.

If you’re abroad and discover that your coverage is geo-blocked, then the only alternative that we know is to use a VPN to dial in to a country that is showing the fight.

How to watch a Casimero vs Rigondeaux live stream in US

Boxing fans in the US looking to live stream Casimero vs Rigondeaux will need to turn towards cable channel Showtime.

The fight is exclusive to the premium cable network, which also means you have the option to watch it via the network’s own streaming service. It costs $10.99 per month (which you can cancel any time) and if you haven’t used it before then you can get your first 30-days completely FREE!

As well as on TVs and computers, Showtime is available to watch on mobiles, Fire TV and Amazon Fire TV Stick, Android TV, Chromecast, Samsung and LG Smart TVs, Xbox One & Series X/S and PlayStation 4.

You can also get Showtime via Amazon Prime Video.

Casimero and Rigondeaux are expected to make their ring walks after 10pm ET / 7pm PT, but timings depend on how long the earlier fights last.

Also, don’t forget that as per our guide above, if you find yourself out of the country, you can use clever software like a VPN to watch Casimero vs Rigondeaux just as if you were at home. There’s more information on how below.

How to watch Casimero vs Rigondeaux: live stream boxing in Canada

In Apps and WebCompanies
on 5 October 20201 min read

In Canada, the Casimero vs Rigondeaux fight is being shown by TSN, with the channel’s coverage starting at 10pm ET / 7pm PT. The fighters are expected to make their ring walks a whort while later.

Existing subscribers can log-in to watch TSN live streams at no extra charge with details of their provider.

Cord-cutters, meanwhile, can sign up to the TSN Direct streaming service for just $7.99 a day or (much better value) $19.99 a month.

Canadian abroad? Then you can use a VPN to magically find themselves back in Canada to live stream boxing just like they would at home.

Can you watch Casimero vs Rigondeaux in the UK?

Unfortunately, it doesn’t look like the Casimero vs Rigondeaux fight is being shown by any broadcasters in the UK.

That’s not the worst thing though, with the fighters expected to make their ring walks at around 4am BST on Saturday night/Sunday morning.

If the TV situation changes we’ll be sure to let you know, but in the meantime your best bet is to use a VPN to try to tap into coverage from elsewhere.

Can you watch a Casimero vs Rigondeaux live stream in Australia?

Similarly, it doesn’t look like anyone’s showing the Casimero vs Rigondeaux fight in Australia either.

If you’re really keen to tune in though, your best chance may be to use a good VPN to try to access a different country’s coverage.

The fight is expected to start at around 1pm AEST on Sunday afternoon.