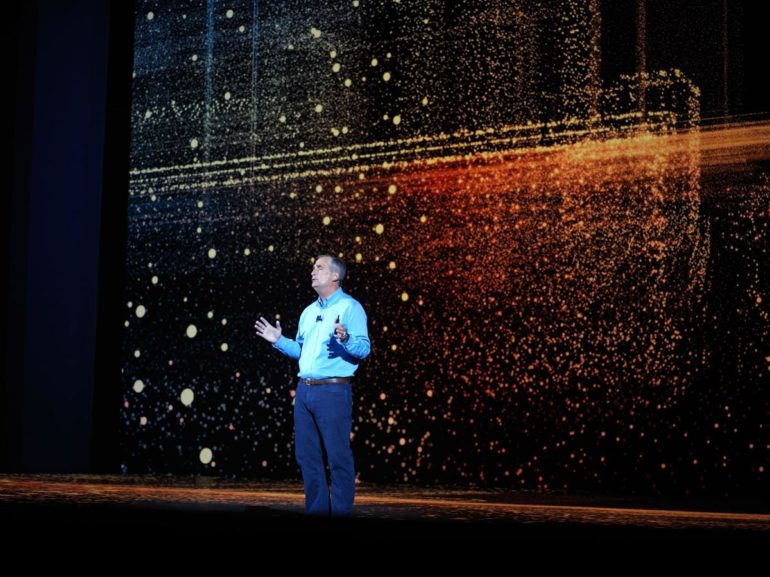 We knew it was coming, and now it’s suddenly staring us in the face: the Consumer Electronics Show, one of the most exhausting trade shows in the world, will be all-virtual when it kicks off January 11th.

The Consumer Technology Association, the corporation that puts together the annual gadget-fest, sent over the transom today the details of the event, including a link to a video tour of the virtual venue.

No more crowds, no more running frantically through hotel lobbies because events are frustratingly scheduled back-to-back. No more long lines to hear someone badly recite the text of a press release about the latest connected washing machine, with a possible appearance by a B-list celebrity. No more scavenger hunt for a bathroom. No more sitting in an over-flow room because the news everyone already knew about in the main hall was nevertheless filled to capacity, making you wonder why you bothered.

What is this feeling I feel? Suddenly, I am experiencing a note of sadness. I’m not sure I like the idea of CES without the chaos.

For over a decade, I trekked to Las Vegas to put up with the brutal week-long ritual. (I would have gotten my ten-year wristband at the show back in 2019, but I had missed a couple years back in the day, and when that happens, they re-set your count.)

Every year, I made an effort, and it felt like some kind of achievement, even if it wasn’t really. What am I to make of the new efficiency now that I will barely have to lift a finger to attend?

Looking over the video preview, the software interface is familiar to anyone who’s spent almost a year in fully-virtual conferences of one kind or another. There are places to message speakers, ways to bookmark vendors. You can host gatherings of your own of up to thirty people.

You can set up a profile, schedule meetings. You can peruse a vendor’s presentations and start a chat with them.

There’s a live component to the show, a “Live anchor desk” with some media personalities talking about what you should be seeing. That’s “the home base,” as CEA puts it.

There’s a virtual version of the Press Day, that day-long agenda of press conferences we used to wait an hour to get into.

I’m not sure any of these software features achieve the CEA’s hope that CES will stand out from other virtual events. For one thing, much of these kinds of features have already been in the CES app for years now. For another thing, many shows have been using Slack and Zoom and RocketChat and Mini Conf this year with an increasingly nuanced sense of community and participation. I don’t see anything in the admittedly brief preview that feels like a breakthrough.

The virtual CES experience looks relatively spiffy, but a tad cold and dull. Perhaps most striking is that the ever-rushed pace of CES, just trying to get through the week, will now unfold in an easy time-shifting ribbon of replay. If you miss something, you can go back and watch it on replay up through February 15th.

What is a conference if it isn’t here now, gone tomorrow, and crushing you like a bug in between?

What about those serendipitous encounters at the evening gadget festivals, CES Unveiled, Pepcom and ShowStoppers?

They had the magic of trapping you into being very interested in a connected air freshener when you would otherwise never have given it a second thought. That’s serendipity. I can remember trying on connected meditation glasses, not because I was curious, but because I happened to pass the card table where they were displayed. Again, serendipity.

I remember, too, encountering Chinese upstart smartphone maker Xiaomi for the first time circa 2015 at a little table near the hors d’oeuvres. Or Lora DiCarlo’s personal wellness booth, where the company showed off its daring Osé device, and the brilliant engineers who worked on it talked passionately with me about their work, and there was an air of defiance that energized the entire encounter because they had had their initial nomination for best gadget revoked for profanity. Serendipity!

In Apps and WebCompaniesSmartphones
on 20 May 20212 min read

Will the small vendors that had just a card table get the attention they deserve, when there’s no more serendipity? Will searching in the app enhance the long tail of gadgets, or bury it?

How can one forget that first rush of excitement in discovering the strange hall of small device vendors from Shenzhen next to the Hilton Hotel, selling a bizarre panoply of phone cases and AC power adapters? The feeling of finding a secret world.

Mostly, I wonder, will I have anything akin to the bewilderment of not being sure I’d find my way back through the shopping arcade of the Mirage, and through the casino, back to the taxi lines?

Taxi lines. They had already succumbed to the efficiency of hailing an Uber or Lyft. The writing was on the wall, perhaps.

Without the fatigue, is there any there, there in a fully virtual venue?

For over a decade I ate bad food from concessions stands, traipsed up and down sky-bridges just to get across the street, stood blogging in the dark of the back of cavernous ballrooms with oppressive sound systems, fought for a place in the packed monorail, fought for a power outlet, hunted for a cell signal, hiked through smoke-filled casinos with stale, recirculated, overly-perfumed air, scavenged for coffee in the press lounge, and applied eye drops in the bad lighting of badly-carpeted break rooms.

Will it ever be the same?