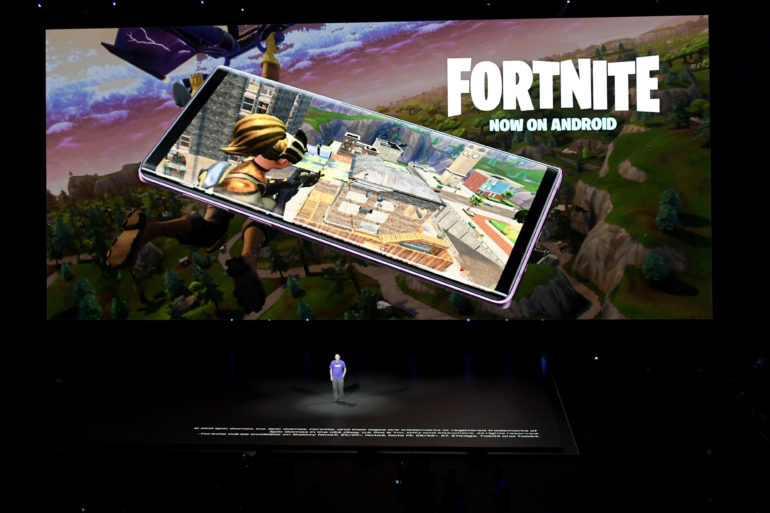 Fortnite could be about to return to iPhones and iPads — this time as part of Nvidia’s cloud gaming service.

The U.S. chipmaker is looking to bring GeForce Now — which gives players access to a library of games hosted on its servers — to a mobile version of Apple’s Safari web browser, the BBC reported Thursday. The service is currently available on Mac, Windows, Android and Chromebook computers.

In theory, that would allow Fortnite creator Epic Games to bring its popular battle royale shooter game back to Apple devices without having to pay the tech giant a cut of in-game transactions. Fortnite was barred from the App Store earlier this year after it introduced an alternative payment method in the game, bypassing Apple’s 30% commission on in-app purchases.

The two companies have been locked in an intense legal battle since August, with Epic suing Apple over claims the company is suppressing competition through its App Store policies. Apple, on the other hand has countersued, arguing Epic breached its contract with the firm. According to Apple, Epic has earned over $600 million from the App Store to date.

When asked about the possibility of Fortnite coming back to iPhones as part of GeForce Now, Apple pointed to a previous statement in which it said developers should follow its guidelines, “including submitting games individually for review.” Nvidia declined to comment. Epic wasn’t immediately available when contacted by CNBC.

In CompaniesSmartphones
on 5 January 20211 min read

Epic isn’t the only gaming company taking Apple to task over its App Store rules. Game streaming apps have found trouble launching on iOS. Though Apple adjusted its guidelines around such services, Microsoft and Facebook argue the firm’s policies are still too restrictive. However, Amazon is planning to bring its upcoming Luna cloud gaming service to Apple devices as a web app.

Read the full report on the BBC here.