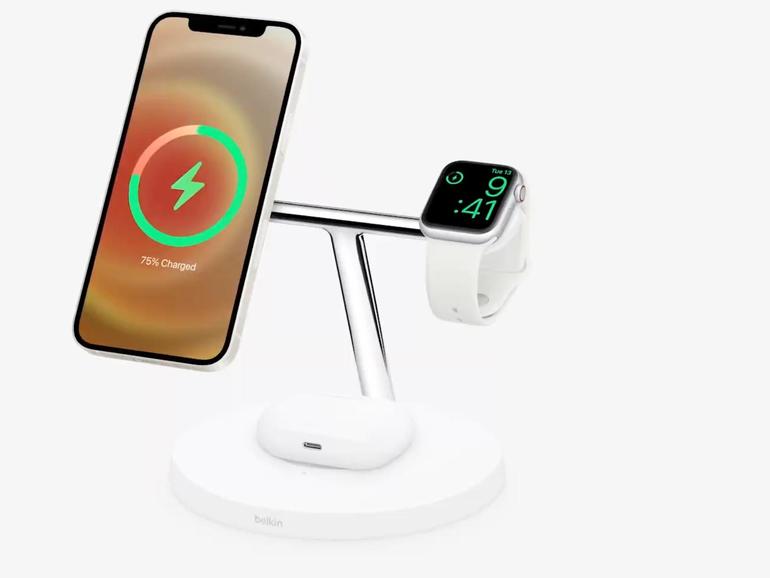 There were tablets before the iPad, smartphones before the iPhone, and MP3 players before the iPod, but Apple’s approach to those categories changed how consumers thought of them. Even when it has come to minor — compared to entering a category — decisions about product elements such as connectors and input methods, Apple’s decision to include them (USB on the iMac, Touch ID on the iPhone) or exclude them (floppy drives on the iMac, the headphone jack on the iPhone) can set a powerful precedent for the industry.

For example, even as Qualcomm president Alex Katouzian chided Apple for (not quite) parroting the advantages that Qualcomm was touting for Snapdragon-based laptops with its M1-based MacBooks in a December interview, he agreed that Apple’s approach was helping to drive momentum for Arm-based PCs in general. The positive reception to those Macs (and the Apple rivalry broadly) no doubt helped justify the company’s $1.4 billion acquisition of Nuvia in January as it prepares its first major M1 response,

Beyond the tentpole categories such as PCs and phones, Apple’s entry can represent the last word until the world moves on. This was the case for the iPod, which dominated MP3 players until the category basically faded away. It has also largely been the case for the iPad (at least among PC makers) and, barring a major course correction, is trending that way in smartwatches. All of these categories had products that preceded Apple’s that failed to make mainstream inroads, but there was something about Apple’s approach that clicked.

Now, with the iPhone 12, Apple may have solved an industry puzzle with something that literally clicks: its MagSafe connector may make the modular phone (of sorts) a reality, something brands like LG, Essential, and especially Motorola could not do. Sure, the level of customization that MagSafe provides isn’t remotely as broad as what was provided by Moto Mods, but many of the Moto Mods simply addressed unpopular functionality in their concept (the Insta Share DLP microprojector) or execution (the pricey and disappointing Hasselblad-branded True Zoom camera module).

Indeed, Apple has homed in on what was the most popular of the Moto Mods: Extended battery packs that allowed a form of wireless charging. And even as MagSafe offers less flexibility than the Moto Mod architecture did, third parties are also thinking creatively about the attachment approach. For example, one Kickstarter project can turn a MagSafe charger into an Apple Watch charger; another called Kookit adds a fan to cool the iPhone to improve its gaming performance. Kookit may be even a more niche product than the unpopular Moto Mods addressed previously, but the massive sales volume of the iPhone makes such a project more viable for small developers. (The project has already more than doubled its modest campaign fundraising goal.) MagSafe accessories won’t match the breadth of the Moto Mods Lenovo gruelingly brought to the market, but that’s part of the point. They don’t need to.

If MagSafe represents the endgame of phone modularity, there are a few lessons from Apple’s approach. First, modularity per se is not a compelling purchase driver, even when, as Lenovo did, the phone vendor makes available a wide range of modules. Indeed, modules are just a subcategory of accessories. As such, to the market share leader belongs the spoils. Indeed, MagSafe’s foremost function is to augment the fundamental goal of extended wireless charging, a task with such little sexiness that Apple resisted supporting Qi for years. Indeed, the technology’s limitations helped inspire MagSafe, which served as Apple’s cathartic release following its frustrating AirPower failure

Modularity was hailed as the tail wagging the dog. Prior to MagSafe, it was implemented as a dog chasing its tail. In the end, though, the dog is simply wagging its tail, one that attaches with a satisfying click.

Nvidia’s Arm acquisition could be targeted by Chinese regulators

Hail to the MagSafe: A deep dive into Apple’s new wireless charging connector
Is it overpriced hype, or do we actually like it?

iPhone 12 MagSafe is the sleeper feature that could outshine 5G
Commentary: The fast-charging feature that snaps into place opens up the possibility for an array of wild new attachments