How to watch Harry and Meghan interview on Oprah: stream online live from anywhere 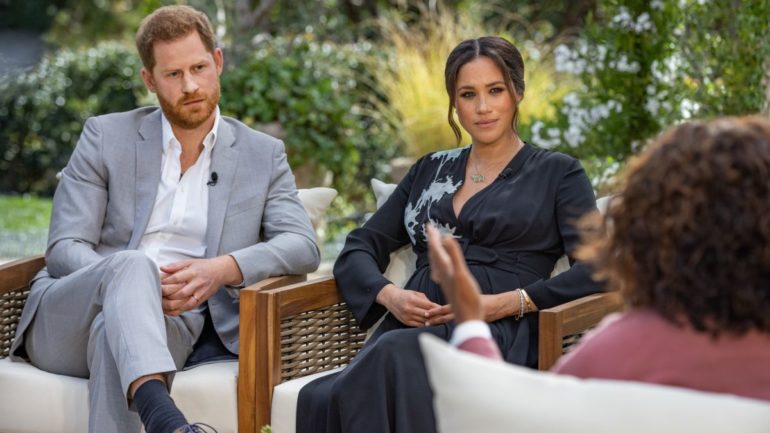 Let the backbiting begin! We’re now just moments away from the TV event of the year as Britain’s renegade royal couple, Prince Harry and Meghan Markle, star in a two-hour CBS primetime Oprah special this Sunday. You can stream it live online tonight or get it in countries all over the world after it airs in the US, so follow our guide as we explain how to watch the Harry and Meghan interview on Oprah tonight.

Britain’s royal family have always been a complicated bunch – no doubt why some particularly creative conspiracy theorists think they’re alien reptiles. And we’ve been building towards this bombshell moment since November 2016, when Prince Harry issued a statement calling out the abuse, harassment and racially motivated smears his then-girlfriend had been subjected to on a daily basis in the British press.

The lines had been drawn and thus began a very public, messy and protracted fallout, during which Meghan has been the focus for unprecedented levels of media hostility. The obvious comparison is to the ordeal faced by Princess Diana, Harry’s mother, who lost her life in a car crash while attempting to flee from the paparazzi.

To add fuel to the fire, social media is alight with talk of how much of the backbiting and anti-Meghan sentiment can be traced back to Kensington Palace, the home of the Duke and Duchess of Cambridge – who to put it mildly, are not on good terms with Harry and Meghan.

Ahead of tonight’s Harry and Meghan appearance on Oprah, the Buckingham Palace  machine has been churning furiously away as they no doubt look to get ahead of the PR game. First, there were the renewed bullying allegations against Meghan, Duchess of Sussex ahead of today’s TV tell-all.

Then, the royal family announced a public show of unity just hours before the CBS special! The Windsor clan are clearly rattled and this Sunday’s Harry and Meghan Oprah interview could leave the two factions embroiled in all-out warfare! Much to the delight of gossip fans everywhere, of course.

It’s the interview of the year and no subject is off-limits, so read on as we explain how to watch the Harry and Meghan interview on Oprah live, online, and stream it from anywhere tonight.

Below, you’ll find details of how to watch Harry and Meghan’s Oprah interview online and on TV in a number of places around the world – including the US, Canada, Australia and New Zealand.

But unfortunately, if you try to watch your domestic coverage from somewhere outside your home country, you’ll soon find a problem – geo-blocking. That’s where the broadcaster prevents you from watching your usual feed from abroad. It’s a common problem for streamers all over the world, but there’s an easy solution.

How to watch Harry and Meghan Oprah interview live: stream free online in the US on Sunday

In the US, CBS is the place to watch the Harry and Meghan interview on Oprah live, both on TV and online, with the program set for 8pm ET/PT on the evening of Sunday, March 7.

If you’ve got CBS on cable, just head to the CBS website and the ‘TV Provider’ menu bar option to tune in.

But if you don’t have cable, you’ve still got plenty of options. The most obvious is the network’s own Paramount Plus streaming service (formerly CBS All Access), where there’s a 30-day FREE trial on offer right now that should let you stream your local CBS affiliate feed – so you can essentially watch the Harry and Meghan interview free online!

If you decide to keep it, subscriptions start at just $5.99 a month.

How to watch Meghan and Harry interview without cable

Alternatively, you may want to look at a more fully featured over-the-top streaming service. In the case of CBS, we recommend FuboTV, as it’s one of the few providers with a deal allowing it to broadcast the network’s stable of channels.

It’s a complete cable replacement service, with its entry-level family plan costing $64.99 a month for over 120 channels including the CBS family – and based on our latest testing, Americans abroad will find it works well with our recommended No. 1 VPN, so they can watch it from anywhere. Better still, you can try a FREE FuboTV trial to see if it’s right for you.

Outside of the US? Residents of the country can take the same subscription services they pay for at home with them wherever they are – all you need is a reliable VPN.

How to watch the Harry and Meghan Oprah interview in the UK: stream online for FREE

ITV has snapped up the rights to the Harry and Meghan Oprah interview in the UK, and anyone with Freeview, satellite, or a cable subscription can watch it on ITV at 9pm GMT on Monday, March 8, a day after it airs in the US.

You can also tune in at the same time via ITV Hub – the network’s completely FREE online service – or on-demand if you’re going to be busy on Monday night.

The platform is also full of high-quality drama of a different kind, including Quiz, Broadchurch, and the David Tennant-starring Des – but you should hold a valid TV license to use it.

The Harry and Meghan interview is an ITV exclusive in the UK, so if you’re out of the country, you won’t be able to tune in unless you download a VPN. We’ve explained how you can do this above – and this is also how to tune in to live Oprah coverage in the UK, if you’re a US resident abroad.

How to watch the Harry and Meghan interview: stream Oprah live online in Canada

The good news is that terrestrial TV network Global TV has the rights for the Harry and Meghan Oprah interview in Canada, and the better news is that you can watch it at the same time that it’s on in the US – that’s 8pm ET/PT on Sunday, March 7.

Global also offers a slick online streaming platform, which means you can get the interview on catch-up the day after it airs. Just remember, you’ll have to verify your cable provider details to sign in.

Unfortunately, there’s no streaming-only way to watch the channel if you don’t have it on cable, unlike the services available in some other countries.

Not in Canada? Tune in just like you would at home by using a VPN to magically reappear in the country and gain access to all the content you’d normally stream.

How to watch Harry and Meghan Oprah interview: stream online in Australia

In Australia, you can watch the Harry and Meghan Oprah interview on Network 10 at 7.30pm AEDT on Monday, March 8 – just hours after it airs in the US.

Better still, the free-to air station offers its own slick streaming platform 10 Play on a range of popular devices, so you can also watch along online.

If you’re currently out of the country but want to catch your native Harry and Meghan interview coverage, you’ll need to get yourself a VPN to connect.

You can watch the Harry and Meghan Oprah interview in New Zealand on free-to-air Three and online on ThreeNow at 7.30pm NZDT on Tuesday, March 9 – a day after it airs in the US.