How to watch Jungle Cruise online: stream new Dwayne ‘The Rock’ Johnson movie on Disney Plus 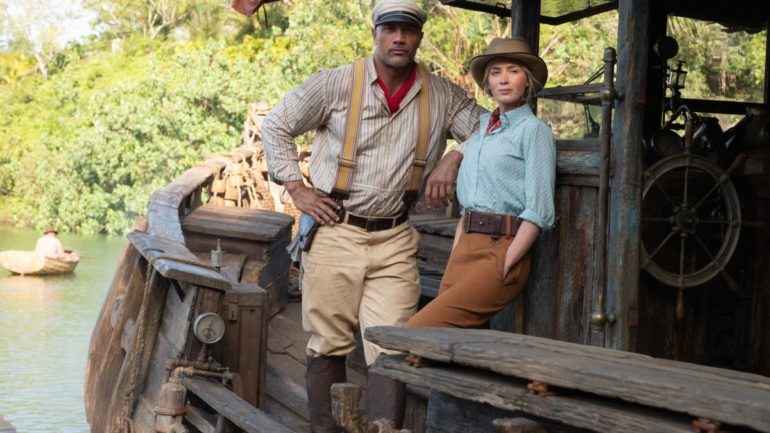 The third title to arrive this summer alone on Disney Plus’ paid-video on demand service, Dwayne Johnson returns to Walt Disney Studios for the first time since he voiced the lovable Maui in 2016’s Moana. This time the Rock joins Emily Blunt to take us on an unforgettable excursion down the Amazon river. Make sure you know how to watch Jungle Cruise online by signing up to the House of Mouse streaming service and getting endless streams via Premier Access.

How to watch Jungle Cruise online

Watch now: Get Disney Plus then order on Premier Access today

Embarking on an adventure of a lifetime, the witty researcher Frank Wolff (The Rock) offers up his boat – the rickety La Quila – to Dr. Lily Houghton (Blunt), who has journeyed from London to the Amazon jungle in pursuit of an ancient, enchanted tree that is said to host magical healing abilities.

What ensues is a rollercoaster journey through the lush Amazon landscape as Frank and Lily come face-to-face with both the natural and supernatural dangers the forest has to offer. Especially as they’ll be competing against an Imperial German expedition to get to the tree first.

Jungle Cruise is the fifth movie to launch on Disney Plus Premier Access, following the recent releases of Cruella and Black Widow.

Premier Access is Disney Plus’ PVOD (premium video on-demand) service and is only available to existing customers. That means that you need a great value Disney Plus subscription to watch Jungle Cruise and stream the full movie right now – but fortunately it’s pretty incredible value.

How to watch Jungle Cruise online: stream full movie on Disney Plus

Anyone in countries that have access to Disney Plus – North America, Australia, New Zealand, the UK, most of mainland Europe and more – simply need to head to the Disney Plus website to sign up for the service.

As for Disney Plus itself, it’s well worth checking out. In addition to getting you first dibs on Premier Access films, it features every episode of The Simpsons ever made, all your favorite Pixar flicks, the latest Marvel movies, and the complete Star Wars canon.

You can save 15% if you sign up for an annual subscription, or if you’re in the US, for the ultimate value you can take advantage of a combined bundle that includes ESPN+, Hulu and Disney Plus for the outrageously cheap price of just $13.99 a month.
View Deal

With the world in lockdown, and the shutters down on cinemas around the world, Disney Plus introduced Premier Access in September 2020, initially as a premium video on-demand platform for the release of the Mulan live-action remake.

It’s now reserved for the service’s absolute biggest movie releases and designed to allow you to watch the latest blockbusters from the comfort of home – whether that’s simply your preference or because movie theaters may be closed where you are.

It’s a great option to have and Disney’s spared no effort trying to recreate the cinematic experience, with Jungle Cruise available to watch in stunning 4K HDR resolution (Dolby Vision) and offering support for immersive Dolby Atmos sound.

While the one-off $30/£20/AU$35 on demand fee on the face of it seems hefty, it does work out at about the same price as two movie tickets in most places (and means you don’t have to splash out on expensive popcorn, drinks and snacks) and allows subscribers to pause the action re-watch as many times as they like. And while Premier Access films will eventually come to Disney Plus’s regular library, it won’t be for another three months.

How to save money on Disney Plus

Disney Plus is already cheaper than competing streaming services like Netflix but you can save even more when you sign up for an annual subscription which gives you 15% off the monthly price. Obviously you have to splash the cash at the start, but with so much content to get stuck in to we very much doubt you’ll run out of things to watch before the 12 months are up. You’re looking at a mere $79.99/£79.90/AU$119.99 for the year.

Or if your interests are farther reaching (and you’re in the US), then we’d seriously suggest looking at the fantastic value bundle package. It adds Hulu and ESPN Plus to your subscription price.

The Hulu element opens up a world of Hulu Originals such as The Great, Upload, Helstrom and Normal People – as well as being the only place to watch Britney Spears documentary right now. Bringing further great value ESPN+ offers loads of exclusive live sport, highlights and documentaries. The combined bundle costs just $13.99 a month.

What else should I know about Disney Plus?

Disney Plus is going from strength to strength. It’s the place to watch Loki, which is just one in the latest in a string of recent exclusive Marvel TV series to the platform, with other latest blockbusters including Pixar’s Luca, The Mandalorian, Mulan’s live-action remake, Hamilton, and the long-anticipated arrival of Black Widow.

And finally, there’s the new Star on Disney Plus that most global markets get to enjoy and sees the amount of content available through Disney Plus more than double, with a particular eye to shows grown-ups are going to enjoy. It costs a tiny bit more, but is worth it based on our initial impressions – and you can still save big by going with an annual subscription.

Even more Disney Plus