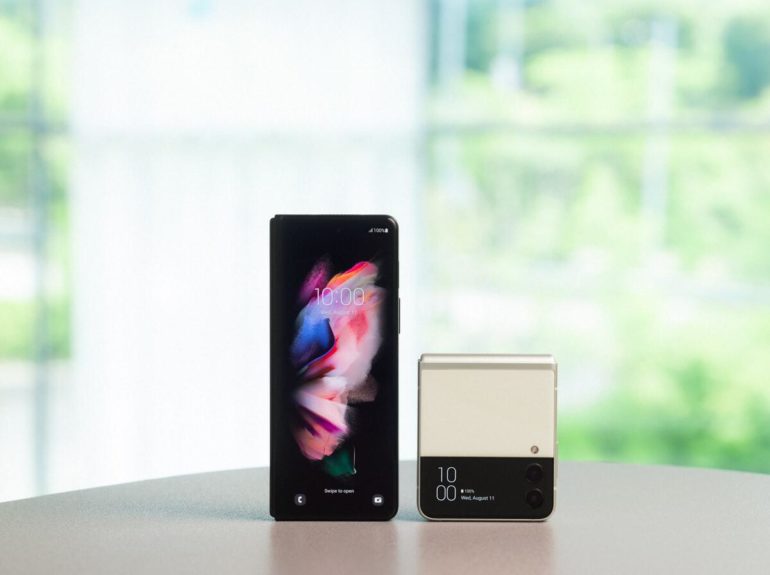 This is an exciting time for foldable phones.

I know this because, during last week’s Samsung Unpacked event, https://www.zdnet.com/topic/samsung/ declared that foldable phones are “the new mainstream for smartphones.”

When new phones emerge, experts instantly have views. Theirs tend not always to coincide precisely with the views of, well, the mainstream user.

The mainstream users like their current phones. They might even love them. But it’s not always the most technical elements that capture their attention.

Fortunately, I have a mainstream user close at hand. My wife has used Samsung Galaxy phones ever since I’ve known her and even before then.

What could I do, then, but present her with the new mainstream and see how she reacted?

I took an entirely unbiased posture — you’d expect anything else? I showed her Samsung’s own four-minute video, in which two female presenters explain the raptures of the Galaxy Z Fold 3 and the Z Flip 3.

I sat quietly (mostly), poised to record my wife’s reactions.

The video begins with the Z Fold 3. Well, it really begins with our two presenters sitting at a table.

“They look like they’re in an Apple store, but with concrete,” said my wife, instantly recognizing how tech companies have found it hard to find different environments for selling phones.

Stark and minimal seem to always rule over anything florid, floral or even vaguely eclectic.

And now for my wife’s first impressions of the Z Fold 3. “That thing is huge,” she said. She may have added a popular adverbial descriptor of how huge she found it.

As our two presenters mimicked hurtling down a roller coaster on the phone’s screen, each holding the phone with one hand, my wife offered: “Look! It takes two people to hold it.”

Impressions don’t have to be accurate to be lasting.

But then, like the determined scientist she is, she examined the further images and conceded: “Yeah, I guess if you’re gaming, this could be good.”

You’d think, perhaps, that she’d like the multitasking capabilities of the Z Fold 3.

Instead, a touch of sarcasm: “Great. Totally overwhelming. Three apps at once? That sounds terrible.”

Suddenly, we were onto the Z Flip 3, the more compact of the folding phones.

One of the presenters said: “People just can’t help noticing whenever I flip it open.”

My wife responded: “Who cares what other people think?” (Well, far too many people, actually.)

Yet when the presenter closed the Z Flip 3, fascination reigned. “Oh, I see. That’s kinda cool.”

When my wife says something is “kinda cool,” she really likes it.

“That little feature on the front,” she said.

The cover screen is now much larger and able to display messages, notifications and other elements vital to modern life. It’s just easier to digest than, say, an Apple Watch. No squinting is required here.

At first, she was flummoxed by the Dual Preview feature, which allows subject and object to view image framing simultaneously.

“I don’t get it,” she said. But then quickly: “Oh, now I get it. Jesus, all these ways for you to take a selfie. We’re totally screwed.”

My wife isn’t one to take too many selfies. She’s too busy observing others. Scientists do that, at least in her field.

Once the video came to an end, she had clear thoughts.

“Scratch-resistant, drop-proof, waterproof. Yeah, that’s all good,” she said. “But that little feature on the front. That really is cool.”

“Just because of that little feature on the front?” I wondered.

“Yes, and I have very fond memories of my Nokia flip phone,” she explained. “Was it Nokia? Or was it Motorola? I don’t know. But that thing was cool.”

Yes, the price may be important, but the Z Flip 3 is now drifting into, how can I put it, the somewhat mainstream range at $999.

Equally, if not more, important can be something that captures their imagination. The little one and its cover screen did it for my wife.

“Could the little one replace your S20?” I asked.