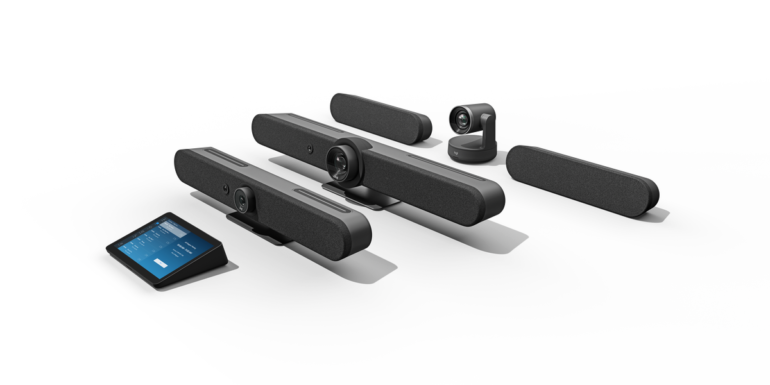 Logitech launched a set of appliances and gear for video conferencing rooms of all sizes.

The launch comes as companies figure out hybrid offices and remote work arrangements during the COVID-19 pandemic, vaccinations and the new normal.

According to Logitech, the new Logitech Rally Bar, Rally Bar Mini and RoomMate work with Microsoft Teams and Zoom as well as other systems from GoToMeeting and RingCentral.

With the launch, Logitech is looking to upgrade audio and video quality for small, mid-sized and large conferencing rooms.

Logitech Rally Bar, which is designed for large rooms, will be available at the end of first quarter starting at $3,999. The system includes built-in support for Microsoft Teams Rooms on Android and Zoom Rooms appliances. Rally Bar Mini, for mid-sized rooms, will run $2,999 with availability to be determined. Logitech RoomMate covers smaller rooms and starts at $999.

Features across the systems include resolution up to 4K. Logitech’s Rally Bar has lossless image quality up to 5x optical zoom. The systems also have beamforming microphone arrays that pick up voices at each state and the ability to tune out unwanted noise.

Logitech also said that the video boards include Logitech RightSense to auto frame and control cameras.