New iPad Pro 2021 release date, price and what you need to know 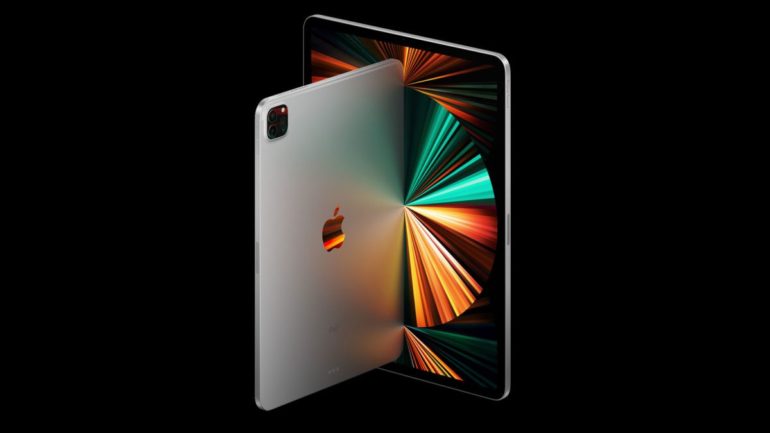 The new iPad Pro for 2021 is now official and we know everything about the next-gen Apple tablet, including the fact it’ll be released in May this year. We heard all of the details during the April 20 Apple event where the company also unveiled Apple AirTags, the new iMac and a purple version of the iPhone 12.

What does the iPad Pro do differently in 2021? There are some major upgrades here, and the biggest is probably the inclusion of the M1 chip that we’ve previously been impressed by in Apple’s recent MacBooks.

That means you should expect some top-end power from the new iPad Pro, although we’ve yet to test it out. Plus, the larger (12.9-inch) variant of this new iPad Pro features hugely improved display technology as well with a Liquid Retina XDR screen.

There are a variety of other upgrades too across both models of the tablet, and below you’ll find every detail you need to know ahead of the new iPad Pro 2021’s release date. Want to know specs, price and other details? All of that is here.

Apple has revealed the new iPad Pro for 2021, and you’ll be able to get your own at some point during May 2021. Pre-orders for the new tablet open on April 30 around the world.

An exact release date has yet to be revealed, but we likely won’t know the exact day until the company opens pre-orders – and even then it might not be an exact day globally.

Before the launch, one leak suggested that iPad Pro 2021 stock would be limited at first. That may be the case, so you may struggle to be able to buy this tablet because of the ongoing chip shortage around the world.

That smaller variant is the same price as the last iPad Pro, while the larger variant is now more expensive for 2021’s model. Below we’ve put together prices for the Wi-Fi versions of the new iPad Pro 2021, but note that it’ll cost more if you opt for the variant with cellular support.

If you want the larger 12.9-inch version, that is set to cost you more than the 11-inch version. Below are the prices for the Wi-Fi only variant of the upcoming tablet.

While in previous years the two tablets have been similar in spec, 2021’s models have the iPad Pro 12.9-inch offering better screen technology.

If you opt for the larger model, you’ll get the best display specs we’ve ever seen on an iPad. This is Mini LED technology, and it’s being marketed as Liquid Retina XDR,

What does that really mean? The specs being shown off by Apple include 1600 nits of peak brightness, a million to one contrast ratio and a 120Hz refresh rate. Its resolution is 2732 x 2048, and all that adds up to an OLED-rivalling level of display.

The iPad Pro 11-inch model is a touch lower in spec, with a more conventional LED screen, but it’s still offering 600 nits of brightness and a resolution of 2388 x 1668. Both sizes have a pixel density of 264 pixels per inch.

There don’t seem to be many design changes from the iPad Pro 2020 here, so expect a similar look to that product. Instead, Apple has focused on improving the internals of each iPad Pro.

That said, the iPad Pro 12.9 2021 is slightly thicker than its predecessor at 6.4mm – other than that the dimensions of both slates are the same as the 2020 models. However, that extra thickness means some cases – including the pricey Magic Keyboard.

Apple has now included the M1 chip from the MacBook in the iPad Pro, so this should make it the fastest iPad ever and it has the potential to make this one of the best tablets on the market.

This may also make it comparable to MacBook products in terms of its performance, but we won’t know for certain until we’ve got the product in our hands.

As for RAM, you’ll get 8GB with models offering 128GB, 256GB, or 512GB of storage, while models with 1TB and 2TB have 16GB of RAM. That top storage option is more than we’ve seen on an iPad before.

There’s a Thunderbolt port on the new iPad Pro, too. That means you can connect a variety of new gadgets to your iPad with support for up to 10Gbps Ethernet and other high-performance accessories, like external displays and fast external storage.

The Thunderbolt compatibility means you’ll be able to pass huge files between devices much faster – like a connected SSD – and stream 6K footage to an external display thanks to the larger bandwidth on offer.

In Apps and WebCompaniesSmartphones
on 12 April 20215 min read

It’s currently unclear for other markets around the world what will be offered, but could bring up to 4Gbps speeds in the right conditions.

It’s worth noting that you’ll want to opt for the cellular variant of the new iPad Pro to be able to connect to 5G as well.

We’ve yet to hear how big the battery is in the new iPad Pro, but Apple claims this will offer “all-day battery life”, or for more specific numbers up to 10 hours of web browsing on Wi-Fi or watching videos.

Exactly what that means in real life use won’t be clear until we get this product in our hands and we can run our own specific tests, but the mini-LED screen is going to require more power on the 12.9-inch model. However, Apple isn’t claiming any better battery life on the 11-inch iPad Pro, so it’s clear that the smaller battery size there is the limiting factor.

This enables a new Center Stage mode, that lets the camera track you during video calls and make sure you always stay in shot – even when you’re moving around. If you add in more people to the frame, the camera will zoom out to accommodate them and move back in when they exit.

Center Stage also works with third-party apps (assuming they choose to support it), so you could potentially use it in things like Zoom.

While the tech might not have changed, the M1 chip has improved image signal processing (ISP) and can now capture richer photos and has enhanced autofocus speeds too.

Apple hasn’t revealed any new accessories for the iPad Pro 2021, and instead it will be using similar accessories to what we’ve seen on previous products like the Magic Keyboard and the Apple Pencil – though the keyboard will be available in a new white color.

Most accessories for the iPad Pro 2021 will be available in sizes to suit either size model. Plus, we’ve already seen some third-party manufacturers start offering accessories such as a new Logitech keyboard.