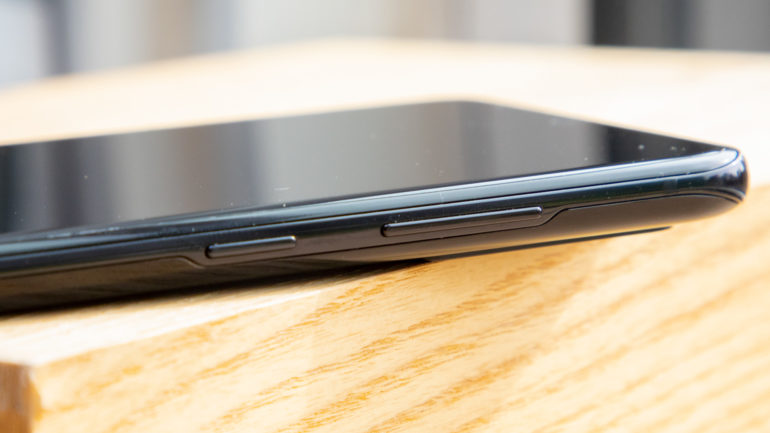 The Samsung Galaxy S21 Plus may have been revealed in new leaked images, revealing its layout and the possibility that it could do away with the waterfall curves the series is known for – or perhaps be so slight that they’re barely rounded at all.

The photos come courtesy of leaker Mauri QHD, who tweeted a trio of images that show the front and back of the alleged S21 Plus. The handset depicted has a punch-hole for the selfie camera in the center-top of the display, thin bezels, a volume rocker and lock button on the right side, and on the back, the triple rear camera array in a cutout we’ve come to expect from previous leaks.

The new images align with prior leaks of supposedly official renders and marketing pics, but this is the first time we’re seeing alleged photos of the front of the phone (a prior leak showed the rear of the S21 Plus and S21 Ultra). While the new photos could end up being inaccurate, they line up with prior rumors enough to suggest this is the layout we’re going to see when the S21 line is revealed on January 14.

We’ve relied a lot on rumors, leaked specs and possible renders to paint a picture of the upcoming S21 phones, so – assuming the images are accurate – it’s a big deal to see a real-world version of the handsets for the first time. And… not much has changed from the S20 to S21.

The biggest difference lies in the rear camera suite, which seemingly keeps the 12MP main + 12MP ultrawide + 64MP telephoto trio used in the S20, per a prior rumor, but may lose the time-of-flight depth sensor. Perhaps this will be made up by software.

In Apps and WebCompaniesSmartphones
on 16 March 20217 min read

Otherwise, the S21 might differ from its predecessor in its main display, which could lose the curves that the S-series is known for. It’s hard to tell from the new photos, though there’s a telltale vertical line of reflection on the edges of the screen that indicate a rounded edge.

In any case, the curves look far more subtle than the sides of other phones that have adopted similar ‘waterfall’ designs, like the Motorola Edge Plus. We’ll have to wait for more images to leak to confirm or refute our suspicions before the phone comes out on January 14, 2021.