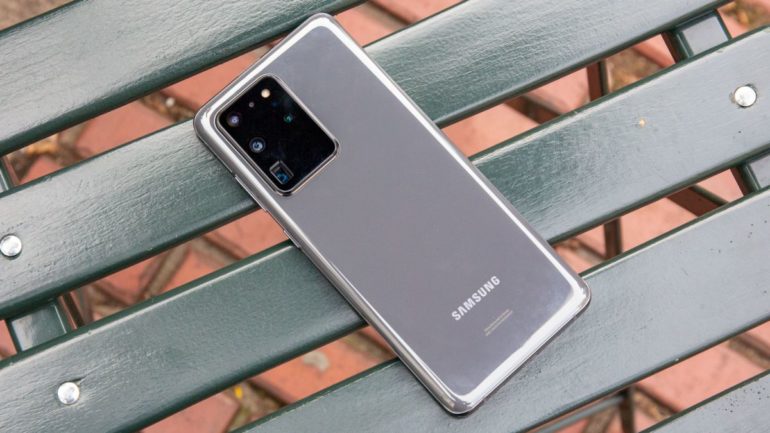 The Samsung Galaxy S20 is the company’s most premium and impressive smartphone to date, but already we’re dreaming of what Samsung will cook up for the Galaxy S21 range.

Now that the Samsung Galaxy Note 20 has launched, we know Samsung’s vision of what a ‘premium’ phone is right now – and that gives us a hint for what’s in store with the Galaxy S21, which we wouldn’t expect until the beginning of 2021. In the meantime, read our Note 20 live blog to read our thoughts as the reveal stream happened.

The Samsung Galaxy S21 devices are sure to be some of the most exciting phones of 2021, so hype is already building, and we’re even hearing the first very early rumors.

You’ll find those below, and we’ll be adding to this article any time there’s new information, so make sure to check back regularly if you want to stay up to date.

You’ll also find our wish list for the Samsung Galaxy S21 further down – these are the things that we most want from Samsung’s next Galaxy S phone, in order to make it as good as possible.

Latest stories: It looks as though the Galaxy S21 phones will be out in January rather than February, and we’ve seen the first leaked renders of what the handsets are going to look like.

Samsung always unveils its new Galaxy S models early in the year, and in recent years it has been announcing them in February, then selling them from March, so we were expecting the same with the Samsung Galaxy S21 range.

However, several rumors are now pointing to January being the month when these handsets are going to be unveiled, and early January at that: it seems Samsung wants to get a head start on the competition in 2021.

We can’t get much more specific than that, but recently the company has avoided MWC (a trade show which takes place at the end of February) and launched its phones earlier in the month, so that too is likely in 2021.

Before the Samsung Galaxy S20 launch we thought it’d be called the Galaxy S11, and separate leaks referred to it differently. History might repeat itself – a top leaker has stated the Galaxy S30 is actually the Galaxy S21.

We initially thought it’d be the S30, and the first leaks backed that up, but now we’re not so sure. So will the phone be called the Samsung Galaxy S21 or Galaxy S30?

There’s no way of knowing for now – most people think Galaxy S30, but the leaker who stated it’ll be the S21 has a great track record, enough to make us pay attention, and since then we’ve heard S21 used more and more.

As the phone’s launch gets closer, we’d expect more noteworthy leakers to throw their worth behind one name or the other, which should give us a better idea of what to expect.

The Samsung Galaxy S21 rumors are starting to flow in, and we’ve also seen our first proper look at the phone courtesy of @OnLeaks. These renders show a front design very much like the Galaxy S20, but a rear camera setup that’s been revamped to create a wraparound effect over the corner of the phone.

The renders would seem to rule out earlier whispers that the phone might have an in-screen camera, though Samsung is apparently evaluating the feasibility, so it sounds like the tech might not be ready.

Another whisper that’s reached our ears is that Samsung could bump the fast charging speed up to 65W – something that we’d definitely welcome, though we’re not certain that we’ll see this tech in the Galaxy S21 just yet.

We’ve also heard that Samsung is working on a 150MP camera for smartphones that can combine nine pixels into one, for 16MP shots that can take in a lot of light.

We would however take this claim with a serious side of salt – it’s very early for S21 rumors, the source doesn’t have a track record, and even if Samsung is working on that camera, that doesn’t guarantee that we’ll see it in the Galaxy S21 range.

Having said that, the claim of a 150MP main snapper has since appeared again, with another source adding that it could be joined by a 64MP telephoto, 16MP ultra-wide, and 12MP macro snapper, plus a depth sensor, for five sensors in total. Though if this is accurate it’s probably more likely that the Samsung Galaxy S21 Ultra will have these specs.

Having said that, we’ve more recently heard that the Samsung Galaxy S21 Ultra will have a 108MP camera (just like the S20 Ultra) but with a new and likely improved image sensor. So it’s unclear which rumors are right for now.

Elsewhere we’ve heard that the Samsung Galaxy S21 will ditch the time-of-flight (ToF) sensor that the Galaxy S20 had. Apparently Samsung is shelving the technology until it has a sensor that can compete with the one Apple uses.

That’s been backed up by a Samsung Galaxy S21 / S30 Ultra camera leak. Apparently the device will have a 108MP main, 12MP ultra-wide and 40MP selfie camera, like the S21 Ultra, but with two zoom lenses instead of one, and no ToF sensor. These zoom cameras are said to facilitate 3x and 5x optical zooming.

On the other hand, we’ve now seen a Samsung patent for a ToF sensor – previously the company was using Sony-made ones, but this suggests it’s building its own, rather than ditching them altogether. If so, the sensor could be used for facial recognition, bokeh effects, or augmented reality features. Of course, the existence of a patent doesn’t mean the sensor will be ready in time for the Galaxy S21 range.

Elsewhere, there’s also a Samsung patent (below) detailing a smartphone camera design with six rear camera sensors. This would include five wide-angle ones and one telephoto one, and each lens would be individually tiltable, so they could point in different directions.

That would have a number of potential applications, from adding a bokeh effect to panoramas, to potentially improving low light shots and HDR. However, the patent hasn’t specifically been linked to the Galaxy S21, so we wouldn’t count on seeing this design.

We also have some news on the chipset, with a benchmark suggesting that some versions of the Samsung Galaxy S21 will use a new Exynos 1000 chipset with GPU performance that’s up to three times faster than the Snapdragon 865 – which is the best Android chipset at the time of writing. Buyers in the US though will probably get a Snapdragon 875 instead, which is sure to be similarly fast.

Having said that, another benchmark – seemingly for the Samsung Galaxy S21 Plus – shows an Exynos 2100 chipset, which is something we’ve not heard of. Its scores aren’t particularly impressive (though are certainly high-end) and it’s listed alongside just 8GB of RAM. We would however take this with a pinch of salt.

On the battery front, unofficial reports suggest that the S21 could be in for a small battery capacity boost compared with the equivalent S20 models – but we’ll have to wait and see whether this translates into better battery life overall.

A small piece of news on the Galaxy S21 development is that Samsung had been rumored to switch suppliers of its screen tech to a company called BOE. Newer reports suggest that isn’t the case anymore though, and it’s likely the screen tech will remain similar to the Galaxy S20 as Samsung continues to make its own screens for its phones.

We’ve heard Samsung is having internal debates as to whether it could stop shipping charging cables with some of its 2021 smartphones, in a bid to reduce e-waste (as most people already have charging cables).

The Samsung Galaxy S21 could certainly be one of those phones. Previous Galaxy phones have charging cables that don’t match the charging speed of the actual device, so many people already buy separate ones, and it’s also possible the device will be totally portless.

Samsung did mock Apple for doing the same with the iPhone 12 though, so it’s hard to say for sure.

We don’t know much about the Samsung Galaxy S21 yet but we know what we want from it, with the following things being top of our list.

In CompaniesStartups
on 10 December 20209 min read

In any case, we’d like to see either a cost reduction for 2021’s models or a Samsung Galaxy S21 Lite alongside the rest of the range. Or better yet, both.

The Samsung Galaxy S20 Ultra has some of the flashiest camera credentials we’ve seen on a smartphone, headlined by its 100x zoom.

So, for the Galaxy S21 range we’d like to see that feature move down to the more affordable models. But we’d also like to see it improved, as in its current form the quality isn’t great, making it more of a party trick than a feature you’ll actually be using a lot.

Samsung’s current flagships have camera cut-outs in the screen for the selfie camera, and we feel this is a rather inelegant solution, so for the Samsung Galaxy S21 we’d really like the camera to be built into the screen, just like the fingerprint scanner.

That would allow Samsung to deliver a truly all-screen design without having to resort to a pop-up camera (which takes up more internal space and is likely to be more vulnerable).

We’re not confident that we’ll see this – it will likely largely depend on whether the tech is good enough – but it would certainly be a standout feature.

The design of the Galaxy S range didn’t change much with 2020’s models, and other than switching a bezel for a punch-hole camera the design hasn’t changed a whole lot in years, so we’d say it’s time for Samsung to switch things up with the Galaxy S21 range.

One way to do that would be with an in-screen camera, as mentioned above, but one way or another we want the phones to look truly different to the Galaxy S20 range.

One odd feature of the Samsung Galaxy S range is that the chipset differs depending on where you are in the world, with some regions getting Qualcomm’s top-end Snapdragon chipset of the time, and others getting Samsung’s top-end Exynos one.

The trouble is these chipsets are rarely equal. Whether in terms of performance or battery life, there’s usually a difference. How much of a difference can vary from year to year, and it’s not normally too massive, but there is always a weaker version of the phone.

So going forward we’d like to see Samsung use the same chipset in all regions.

Another quirk of the Samsung Galaxy S20 range is that you can have a 120Hz refresh rate or a QHD+ screen resolution, but not both at the same time.

That’s rather restrictive, especially when plenty of other phones – such as the OnePlus 7T Pro and Google Pixel 4 XL – have at least a 90Hz refresh rate paired with QHD+, whereas on Samsung’s phones you have to drop right down to 60Hz.

There are rumors that Samsung might remove the restriction with a software update, but whether it does or not, it’s not a restriction we want to see on the Galaxy S21 range.

We want it to work instantly, every time, while still being secure.