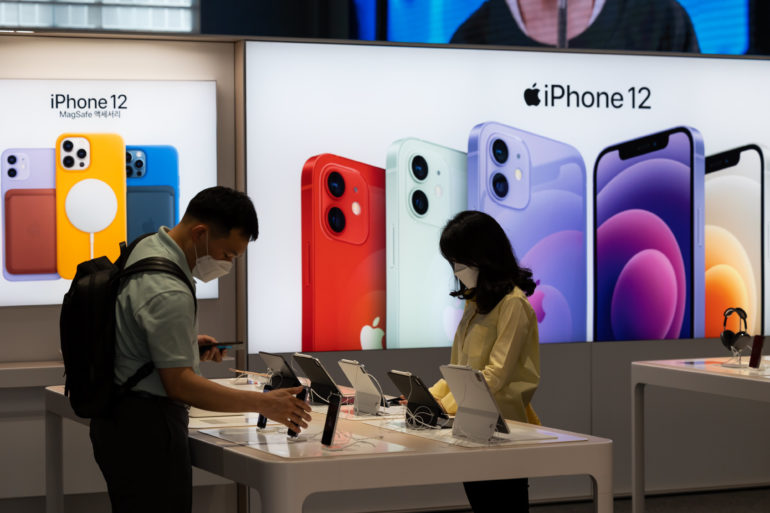 South Korea’s parliament has approved a bill that will make it the first country to impose curbs on Google and Apple’s payment policies that force developers to only use the tech giants’ proprietary billing systems.

The legislation will become law once signed by President Moon Jae-in, whose party has been a vocal supporter of the bill.

Apple and Google’s policies usually require developers to pay the tech giants a commission as high as 30% of every transaction.

The bill, approved Tuesday, means that developers will be able to avoid paying commission to major app store operators — like Google and Apple — by directing users to pay via alternate platforms.

A Google spokesperson said its service fee “helps keep Android free, giving developers the tools and global platform to access billions of consumers around the world.”

“We’ll reflect on how to comply with this law while maintaining a model that supports a high-quality operating system and app store, and we will share more in the coming weeks,” the Google spokesperson added.

Apple did not immediately respond to CNBC’s request for comment.

The law, sometimes referred to as the Anti-Google Law, was submitted to parliament last August, according to Yonhap News.

It it designed to prevents app store operators with dominant positions from forcing payment systems on app developers and “inappropriately” delaying app reviews or blocks, according to Reuters.

The law also gives the South Korean government the power to mediate disputes regarding payment, cancellations and refunds in the app market, according to reports.

Some 180 of the attending lawmakers voted in favor of passing the amendment made to the Telecommunications Business Act, Reuters reported.

Media reports last week said the legislation and judiciary committee of the National Assembly approved revisions of a bill aimed at stopping app store operators from forcing developers to use specific payment systems.

Epic Games, the firm behind the popular Fortnite game, built its own in-game payment system last year as part of an effort to get around Apple and Google’s current policies. Several other companies including Spotify and Tinder-owner Match have said in recent years that the tech giants should let them use their own payment systems.

“Today’s historic action and bold leadership by South Korean lawmakers mark a monumental step in the fight for a fair app ecosystem,” a Match spokesperson said in a statement on Tuesday.

“We look forward to the bill being quickly signed into law and implore legislative bodies around the globe to take similar measures to protect their citizens and businesses from monopolistic gatekeepers that are restricting the internet,” they added.

Regulators worldwide are focusing more on the app stores and fees that Google and Apple are charging developers — and the ruling in South Korea will likely be the first step toward greater scrutiny, according to Daniel Ives, managing director of equity research at Wedbush Securities.

“It’s a potential watershed moment,” Ives said on CNBC’ “Street Signs Asia” on Monday ahead of the decision in Seoul. “Not necessarily for what this means in itself, but for the ripple effect as it shows that they’re not just words, but actually actions.”

Ives added that while there might be monetization opportunity for others, such as telecommunication services providers, it ultimately depends on how consumers would respond.

“The question is what will consumers ultimately do? Because the path of least resistance is to go through Apple and go through Google – and that’s what consumers have gotten used to,” he said.