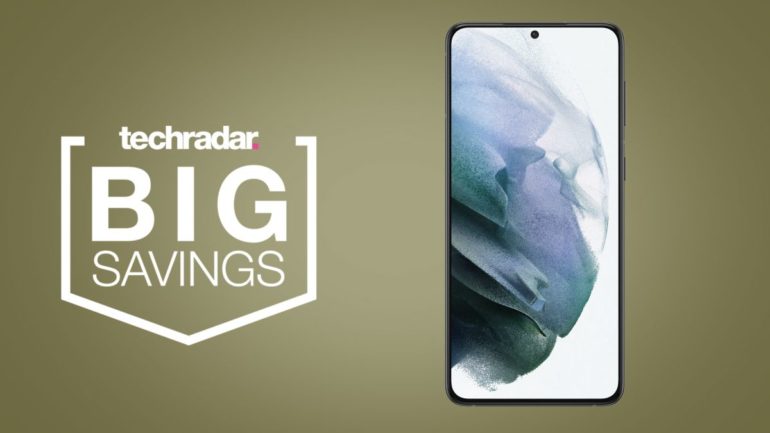 The pre-order stage for Samsung Galaxy S21 deals is finally coming to an end, and while that means you’ll now be able to buy the handsets, it also marks the final chance to get a host of freebies with your handset.

In the UK, this meant a free pair of Galaxy Buds Live (or the new Galaxy Buds Pro with the S21 Ultra) and a free Smart Tag. For those in the US, you could get the same Smart Tag and $200 instant credit for Samsung watches, tablets, headphones and more.

For those planning on buying the handset directly from Samsung, both in the UK and US there is also the option to get a host of exclusive colors if you get in during the pre-order period.

If you’re planning on getting the S21, now is going to be the best time for quite a while. We’re unlikely to see any significant reduction in price for months making the free gifts available now something you won’t want to miss.

Pre-ordering the Samsung Galaxy S21 in the US:

Pre-order bonus: $200 Samsung store credit
Samsung is offering a unique pre-order bonus right now that, as far as we know, covers all Galaxy S21 deals featured on our list this week – regardless of whether you’re picking it up from Samsung itself or a carrier. Pre-order your Galaxy S21 right now and you’ll get yourself $200 of Samsung store credit for free PLUS a free Galaxy SmartTag device, which is can be used to track the location any number of gadgets in your house. View Deal

Samsung Galaxy S21: free with a trade-in, switch, and new unlimited plan at Verizon
You’ve got a few choices with Verizon’s Galaxy S21 deals, including your choice of either up to $750 off with a trade-in and new plan, or a buy-one get-one free promotion with new plan. For most, we think the trade-in will probably be the best, although it’s great to have that choice. Also available is a $250 switching bonus if you’re coming over from another carrier, which, when bundled with a trade-in can give you a device for free!
View Deal

Samsung Galaxy S21 Plus: save $800 with an eligible trade-in and new unlimited plan at AT&T
AT&T’s lineup of Galaxy S21 Plus deals are a little more straightforward this week, instead opting for a simple big trade-in bonus. A discount of up to $800 is up for grabs if you’re both trading in an old device and picking up your S21 Plus with a new unlimited plan – a great way to cut that phone bill.View Deal

Samsung Galaxy S21 Ultra: save up to $1,000 with a trade-in, switch, and new unlimited plan
Verizon’s hot out the gates with a really strong set of Galaxy S21 Ultra deals to check out at launch. First, a choice of either a $750 trade-in or a ‘buy-one get-one free’ deal is up for grabs, both of which are perfectly viable options if you’re getting your device with a new unlimited plan. Also available is a handy $250 bonus if you’re switching over from another carrier, which can be stacked on top of that trade-in for a maximum discount of $1,000 over 24 months. View Deal

Pre-ordering the Samsung Galaxy S21 in the UK:

Samsung Galaxy S21:
The cheapest of the three handsets, the S21 is a 5G handset at a price that rivals the iPhone 12 and is much cheaper than the S20 was on launch.

The camera is an incremental upgrade on what the S20 provided, boosting the 8K video software, super steady video and an improved 60fps ‘Director’s View’. Thanks to the new processor, the cameras AI software is working better than ever.

However, Samsung hasn’t managed to improve the battery capacity which could prove a problem with all of this new software.

Samsung Galaxy S21 Plus:
Sitting in the middle of these three handsets, the Samsung S21 Plus blends higher-end specs with a still affordable price tag. Most noticeably the difference between the regular S21 and Plus comes in the battery and screen size.

The battery capacity leaps up to 4800mAh and the screen up to 6.7-inches – a considerable improvement on the above. However, in most categories, these two handsets are very similar with almost identical cameras and screens.

Samsung Galaxy S21 Ultra:
As the most expensive of the three handsets by quite a way, it is no surprise that the S21 Ultra provides a significant improvement in specs over its two smaller brothers above.

With this, users no longer have to choose between 120Hz refresh rate or Quad HD+ quality – an impressive feat to run both. The screen brightness is also 25% brighter than the two handsets above.

The battery kicks in at a mammoth 5000mAh and the rear quad camera set-up features a new 108MP pro sensor with 64x richer colour. You can also shoot in 4K at 60fps, a feature to compete with Apple’s impressive camera tech.

Most interestingly, the Ultra is the first Samsung phone outside of the Note series to allow S pen stylus compatibility – although you’ll have to fork out even more money to get it!