This periscope-like projector can display movies on your ceiling 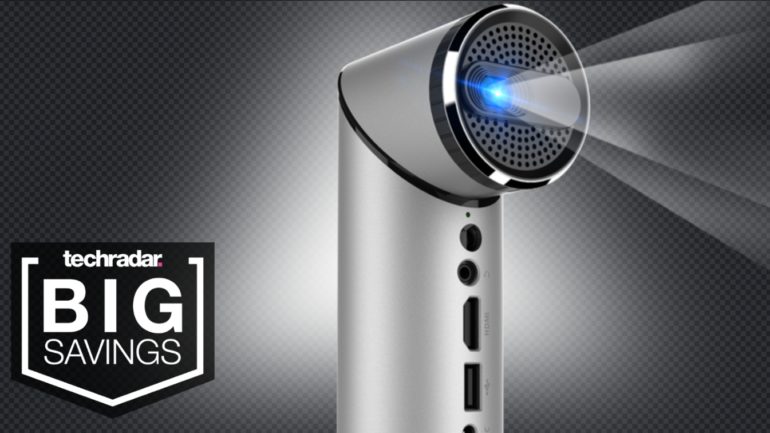 What is it? The Kixin K5H is a portable projector that can be used on a wall or on your ceiling and even comes with a built-in Android computer.

What makes it special and why should I buy it? Here is a projector with a difference. It can project content in tight areas and even on ceilings, which can come handy. It is powered by an Android PC which means that you don’t even need to connect it to a computer to work. If you’ve found something similar with a lower price tag, let us know via Twitter!

Kixin K5H portable projector: $330.99 $235.99 at Banggood
Save $95 without using any codes. The Kixin K5H is not the most affordable projector out there but it has a unique design and runs Android out of the box. Hurry up! This offer ends on December 28.View Deal

What else should we know? It uses DLP technology with a native resolution of 854 x 480 pixels which is low but expected given how light and compact it is (50 x 50 x 192mm). There’s even an Android powered personal computer which makes it quasi autonomous. Other than a quad-core processor, there’s 1GB of RAM and 8GB onboard storage. Its connectivity is what surprised us: a microSD card slot, a HDMI port, a full size USB connector, Wi-Fi, Bluetooth and a headphone socket. There’s even a speaker, albeit a 3W one. So don’t expect miracles. Likewise, its brightness is a mere 100 ANSI Lumens, which makes it barely adequate to use in a brightly lit room. Note that the K5H is powered by a 6,000mAh battery that the manufacturer claims is enough for 160 minutes usage time.

Any cons? It uses Android 6.0, an operating system that was first unveiled back in 2015.

Have you reviewed it? Not yet…

Check out these projector deals where you are

OWC partners with Acronis protect your backups from ransomware attacks

If this product ships from mainland China, it will take a month to reach either the UK or US (and potentially more). You may be levied an additional tax, either directly or through the courier.If you’ve managed to get hold of a cheaper product with equivalent specifications, in stock and brand new, let us know and we’ll tip our hat to you.