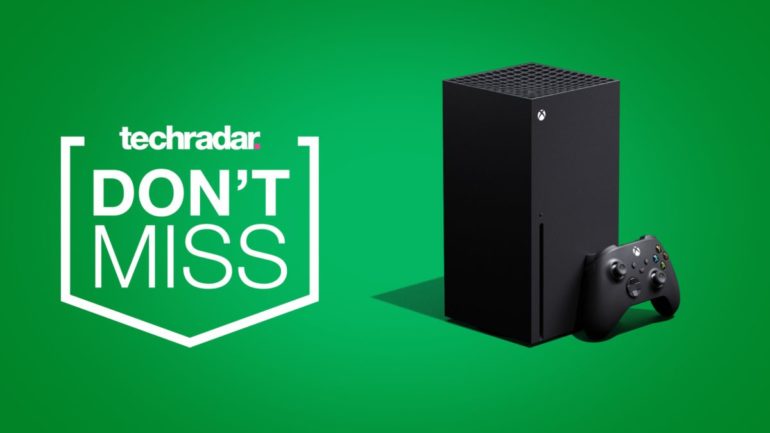 Despite no Xbox Series X restock today, July 13, it’s become easier to buy when you follow our 24/7 Xbox restock Twitter tracker Matt Swider, who will send you an alert when it’s in stock – if you follow his Twitter account and turn on notifications. In fact, when tracking Best Buy, GameStop, Target and Walmart, Matt has noticed that the Microsoft Xbox Series X console stayed in stock longer in June than it ever did in the first five months of 2021, especially compared to the PS5 restock that remains elusive as ever. Plus, Microsoft has a new Xbox Insiders pilot program that looks promising for its most loyal Xbox users.

► Don’t buy from other Twitter users – which are all scams. Only buy from the US stores Matt alerts you about. No one will legitimately sell Xbox Series X for just $550.

Click on this last major Xbox Series X restock date, when Best Buy had the $499 Xbox for sale at MSRP.

The Microsoft store hasn’t had a major restock in the US months. Why? It’s partly because the company is now diverting some of Xbox Series X inventory to a pilot program designed to help its most loyal Xbox fans get the new Series X console.

The Xbox Insiders Xbox Series X upgrade plan is actually a great incentive for people who want to beta test dashboard tweaks and other system updates that Microsoft is developing for its consoles, and if you’re stuck testing things out on an old Xbox One and wanting to upgrade to new Xbox Series X, really you should be the first in line.

Note: you’ll need to power up your Xbox One in order to log into the Xbox Insiders program. You can’t do this online, nor can you find the menu on an Xbox Series X. This prevents Xbox Series X owners from ordering a second console from their brand new system.

Walmart could be this Thursday, July 15 at 2:30pm or 3pm if it happensBest Buy may be this week or, more likely next week, given inventory count

The Xbox Series X restock news has been slow recently, with the last massive restock date being at Walmart on July 1. But what we noticed is that the console was far easier to buy than prior weeks and months. This is a good sign.

Here’s what we noticed:

The same thing happened on June 24 and June 29 when there was a Best Buy Xbox Series X restock. The console just sat there for several minutes without selling out (though its availability is by region despite being sold online, so you may see a different in-stock notice where you live), and it was selling for MSRP. Even GameStop was willing to sell the new Xbox in stores without forcing a bundle in a one-off opportunity in June.

Finally, there’s typically a Costco bundle that contains MLB The Show and an SDD that gets a little pricey, but it was available to purchase for an entire weekend. This is a much better option than resorting to a reseller, who will charge you the same price for just the console.

So while we haven’t seen the new Xbox in stock at retailers in recent days (besides a random BJs Wholesale restock), there’s a lot of promise in the two weeks ahead, as GameStop, Best Buy and Walmart are all due to carry the Microsoft console.

Here are some options to buy the Xbox Series X.

It’s become easier to buy Xbox Series X in recent weeks, and yes, there hasn’t had a major restock since July 1, but from June 24 to July 1 it just *sat there*… in stock at both Best Buy (twice) and Walmart for several minutes.👇When + where to checkhttps://t.co/Sv1ezGuERVJuly 11, 2021

Every morning Target has the Xbox Series X in stock at random stores to be bought online (no, you cannot buy the Xbox in stores in the US at this time). The problem is that it’s hard to issue Twitter alerts when it’s usually select stores in a city and there are as few as five consoles as part of the Xbox restock.

Target has switched from a nationwide restock date to offering the Xbox Series X at a local level (again only to be bought online buy picked up in stores) and it has the Xbox consoles for sale as they come in every morning.

Stores like Walmart and GameStop often restock the Xbox Series X through the Xbox All Access bundle, which works a lot like a smartphone plan. You pay for the console over time, but you’re also signed up for Xbox Game Pass Ultimate (which is actually something you should look into buying alongside an Xbox anyway).

After 24 months, you save a couple of dollars with this Xbox Series X plan, but you’re on the hook being required to pay for it for two years.

We’ll continue to offer Xbox Series X restock updates as stores like Best Buy, Walmart and GameStop are overdue to make the Microsoft console available to purchase. After all, they have to compete with those Nintendo OLED pre-orders.