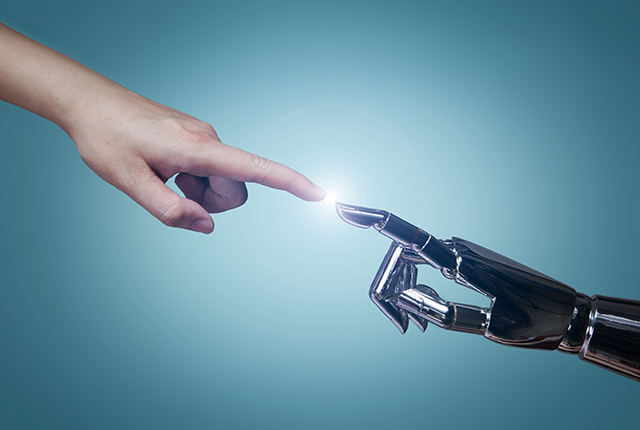 If you have sex with an android doll and then knock it around the room, are you being abusive? If you’re in a foul mood and boot your robotic pet down the stairs, are you being a jerk? In either scenario, is the device’s owner culpable of bad behavior?

The questions may sound insincere, but a U.S. bioethicist submits that they raise concerns that societies should address as humans increasingly rely on social robots for companionship and emotional support.

Nancy Jecker, a bioethicist at the University of Washington’s School of Medicine, authored a paper newly published in the journal AI & Society. It asks a provocative question—”Can we wrong robots?”—and argues that the answer is “yes.”

“I think we need to question the assumption that robots are simply machines to serve us. Manufacturers increasingly build social robots in forms familiar to humans: soft, touchable, recognizable vocalizations, responses that have some emotional intelligence,” Jecker said. “We are designing them this way so that humans can form bonds. So we should be similarly thoughtful and deliberate in how we behave toward social robots.”

Contemporary Western societies tend to view robots as tools, or even slaves, that function merely to help achieve human ends, the essay says. This point of view stems from Abrahamic religions that have taught humans that they are superior to the rest of creation, and from philosophies espousing that technologies, no matter how sophisticated, are simply instruments to help humans perform tasks with better results.

Some robots do fit that description, Jecker acknowledged, such as those that assembly-line workers have used for decades and more recent inventions such as self-propelled home vacuums. These are simple instruments to accomplish single tasks.

“Core social groups get smaller and people are more likely to be alone as they reach older ages, and there’s a shortage in the workforce that tends to those adults. I think of skilled nursing facilities and long-term care facilities where they have introduced social robots that can lead older adults in movement exercises and read stories and play interactive games—and even offer emotional closeness.”

While not suggesting that people forgo or deprioritize human relationships, Jecker sees an opportunity for Western societies to broaden their idea of relationships that can positively influence human life.

She pointed to Shinto, a Japanese belief system founded on the idea that kami (spirits or gods) inhabit all things, including objects that Westerners consider inanimate, such as robots.

“In Japan, they consider robots valuable for their own sake,” Jecker said. “But when Japanese manufacturers send robots to Western nations, they market them instead as ‘useful.’ “

Her analysis also invoked an environmental philosophy inspired by the reverence that Nepalese indigenous Sherpa display toward the Himalayan mountain range and other features of nature.

“Think about how we relate to a majestic mountain or a vivid, star-filled sky,” Jecker said. “When we open ourselves to think about a robot in a similar way, it can influence our behavior in a manner that lends itself to positive robot-human relationships.”

Androids and pet robots may lack intrinsic traits such as consciousness and creativity, and they have no special quality that compels greater regard from humans. But Jecker hypothesizes that human relationships with social robots might be a highly valued thing, and this may itself justify treating robots with respect, as contributors to valued relationships.

Plugging into offshore wind will power up California’s renewable energy

“If Western thought stays locked into seeing social robots as nothing more than tools or slaves, we do ourselves a disservice, closing off the adventure and possibility of forming highly valued social relationships with them,” she said.