SpaceX making 1st US crew splashdown in dark since Apollo 8 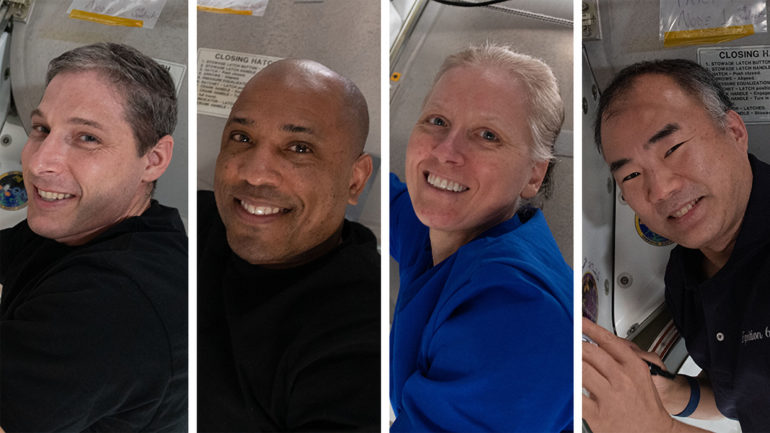 SpaceX this weekend will attempt the first U.S. splashdown of returning astronauts in darkness since the Apollo 8 moonshot in 1968.

Elon Musk’s company is targeting the predawn hours of Sunday to bring back three NASA astronauts and one from Japan, after dangerously high wind scuttled a pair of earlier attempts.

The astronauts—only the second crew to fly SpaceX—will depart the International Space Station on Saturday night aboard the SpaceX Dragon capsule that carried them up last November. They’ll aim for a splashdown 6 1/2 hours later, around 3 a.m. in the Gulf of Mexico off the coast of Panama City, Florida.

SpaceX brought back a station cargo capsule with a splashdown in darkness in January. That adds to NASA’s confidence for a nighttime homecoming, said Rob Navias, a spokesman at Johnson Space Center in Houston.

“SpaceX has done numerous dress rehearsals and spent a lot of time with nighttime recoveries,” he said.

The capsule carrying Apollo 8’s three astronauts—the first men to fly to the moon—splashed into the Pacific near Hawaii before dawn on Dec. 27, 1968.

The Russians also had one crew splashdown in darkness, back in 1976. The two-man capsule could not dock to the Soviet Union’s Salyut 5 space station as intended and had to make a hasty return, ending up in a partially frozen lake in Kazakhstan—in the middle of a blizzard. It took hours for recovery teams to rescue the cosmonauts.

Even with the early hour, the Coast Guard promises to have more patrols to keep sightseers at a safe distance. On a Sunday afternoon last August, pleasure boaters swarmed the capsule that parachuted into the Gulf of Mexico with the first SpaceX crew.

The departure of NASA’s Mike Hopkins, Victor Glover and Shannon Walker and Japan’s Soichi Noguchi will leave seven aboard the space station. Their replacements—representing the U.S., Japan and France—arrived last weekend in their own SpaceX capsule for a six-month mission. The three remaining crew members—one American and two Russians—launched in a Russian capsule from Kazakhstan three weeks ago.

In CybersecurityGaming
on 15 October 20212 min read