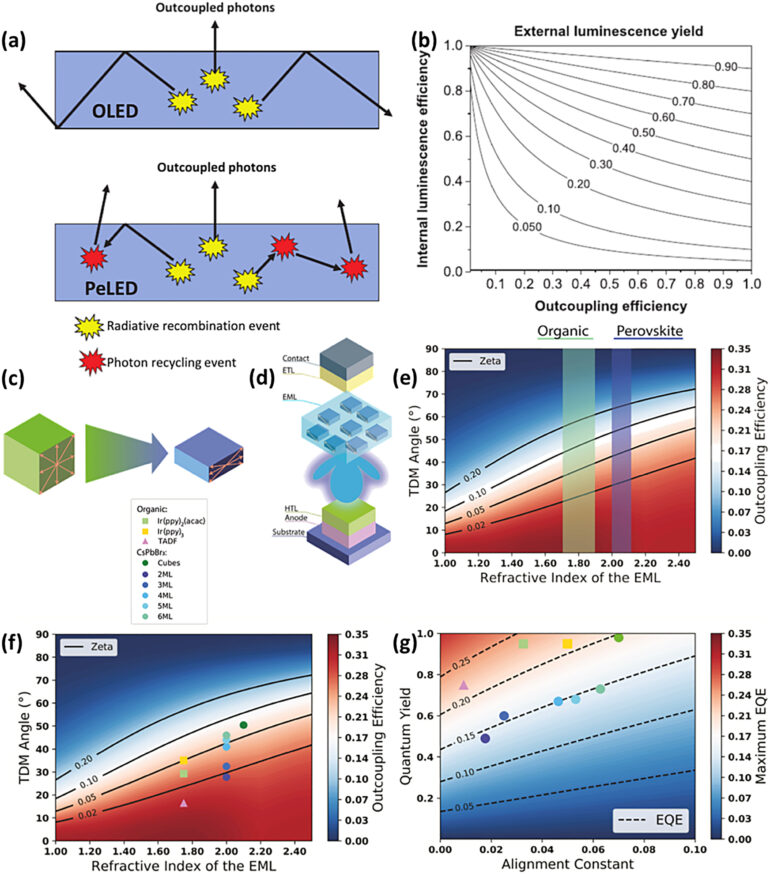 A detailed view of how electrical charges behave inside perovskites could guide efforts to improve the performance of next-generation solar cells based on these materials, KAUST research published in Nature Communications has shown.

When light hits a perovskite, it excites negatively charged electrons and leaves behind positively-charged “holes” within the material’s crystalline structure. These electrons and holes can then move through the perovskite to generate an electrical current. But the charge carriers could also recombine instead, which wastes the energy they carry.

“The efficiency of perovskite solar cells has been greatly improved in the past decade, but fundamental research on their photophysics is relatively backward,” says Ming-Cong Wang at the KAUST Solar Center, part of the team behind the work. “One of the things that is not clear is how charge carriers behave before recombining.”

Some of the ions that make up the perovskite’s crystal lattice can help to localize electrons and holes in different regions, which prevents them from recombining and prolongs their lives. However, this localization also tends to make the charge carriers less mobile, which may adversely affect the solar cell’s performance. Understanding such effects could help researchers to fine-tune the composition of perovskites and boost their ability to generate electricity from sunlight.

The team studied two different aspects of charge-carrier behavior in thin films of a promising perovskite known as CsFAMA (a cesium-containing triple-cation mixed halide perovskite). First, they used a series of brief laser pulses to excite the charge carriers and then examine them just a few picoseconds (trillionths of a second) later. They found that as the density of charge carriers increases, it linearly narrows the energy gap that electrons need to vault when they are excited by incoming light. This is different from the behavior of conventional semiconductors, says Wang.

Then the team used a form of high-intensity microwaves, called terahertz radiation, to study how the charge carriers moved around. This showed that as the density of charge carriers increases, they are more likely to stick in a particular location. “Charge carriers are more localized at higher densities,” says Frédéric Laquai, who led the team.

The researchers think that both of these observations have the same root cause. When light hits the perovskite, it can cause small rapid distortions in the lattice of ions that affect the charge carriers’ behavior. Other researchers have very recently observed such lattice fluctuations in perovskites as well, lending support to the findings.

College football live stream 2021: how to watch every game online from anywhere

In Apps and WebCompaniesGamingSmartphones
on 11 January 20219 min read