What AI-generated COVID news tells us that journalists don’t 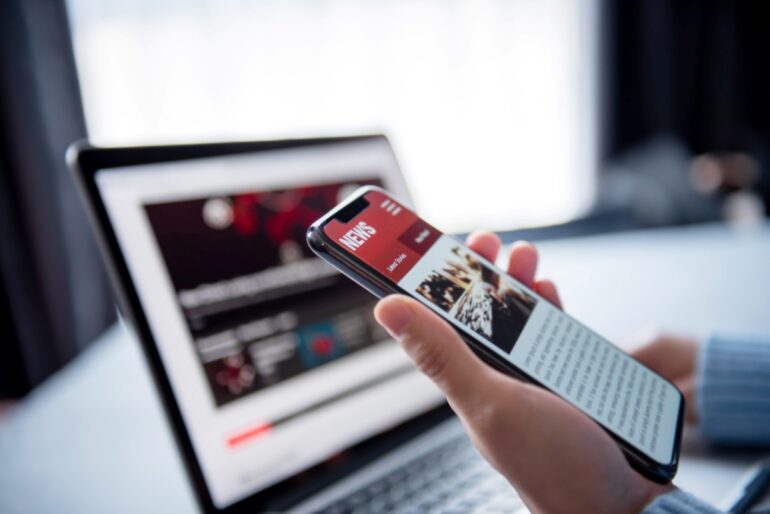 AI can help identify biases in news reporting that we wouldn’t otherwise see. Researchers from McGill University have recently directed a computer program to generate news coverage of COVID-19 using headlines from CBC articles as prompts. They then compared the simulated news coverage to the actual reporting at the time and found that CBC coverage was less focused on the medical emergency and more positively focused on personalities and geo-politics.

“Reporting on real-world events requires complex choices, including decisions about which events and players take center stage. By comparing what was reported with what could have been reported, our study provides perspective on the editorial choices made by news agencies,” says Professor Andrew Piper of the Department of Languages, Literatures, and Cultures at McGill University. Evaluating these alternatives is critical given the close relationship between media framing, public opinion, and government policy, according to the researchers.

“The AI saw COVID-19 primarily as a health emergency and interpreted the events in more bio-medical terms, whereas the CBC coverage tended to focus on person rather than disease-centered reporting. The CBC coverage was also more positive than expected given that it was a major health crisis—producing a sort of rally around the flag effect. This positivity works to downplay public fear,” he says.

Exploring how biases play out

While a lot of studies seek to understand the biases inherent in AI, there’s also an opportunity to harness it as a tool to reveal the biases of human expression, say the researchers. “The goal is to help us see things we might otherwise miss,” says Professor Piper.

“We’re not suggesting that the AI itself is unbiased. But rather than eliminating bias, as many researchers try to do, we want to understand how and why the bias comes to be,” says Sil Hamilton, a research assistant and student working under the supervision of Professor Piper.

The study is published in ACL Anthology.

Using AI to understand the past, and one day to anticipate the future

For the researchers, this work is just the tip of the iceberg, opening new avenues of study where AI can be used not only to look at past human behavior, but to anticipate future actions—for example, in forecasting potential political or judicial outcomes.

The research team is currently working on a project using AI to model American Supreme Court decision-making led by Hamilton. “Given past judicial behavior, how might justices respond to future pivotal cases or older cases that are being re-litigated? We hope new developments in AI can help,” he says.