Tesla can drive with nobody in the driver’s seat: Consumer Reports 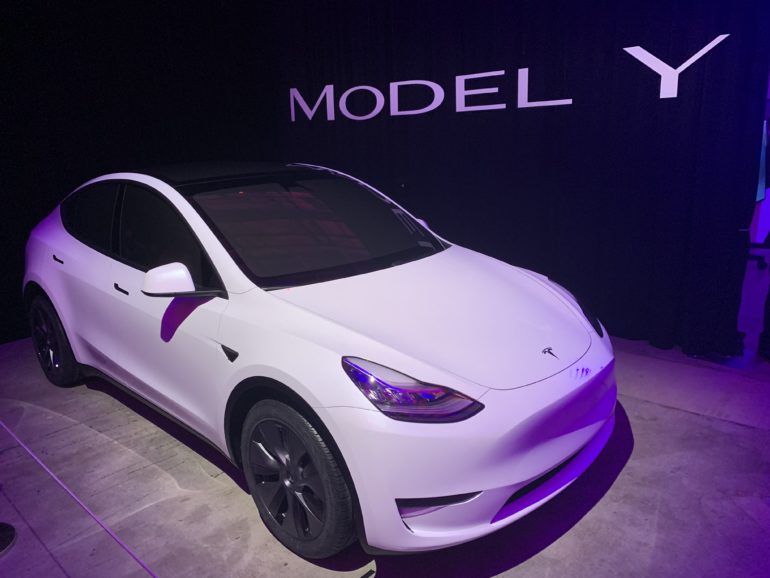 Consumer Reports said Thursday it took a 2020 Tesla Model Y on a closed test track to see if the electric vehicle could operate on Autopilot, Tesla’s automated driving system, with nobody in the driver’s seat. The product-testing organization found it could “easily get the car to drive even with no one in the driver’s seat.”

Consumer Reports said it tricked Tesla’s system by putting a weighted chain on the wheel and keeping the seat belt buckled on the driver’s seat.

The test follows a fatal 2019 Model S crash in Spring, Texas, on Saturday that elicited two federal investigations by the National Transportation Safety Board and National Highway Traffic Safety Administration. Police said, after a preliminary investigation, that they believe nobody was in the driver’s seat of the Tesla at the time of the crash.

Comprehensive investigations have not been completed, and authorities have not said whether Autopilot or Tesla’s premium automated driving system, marketed as Full Self-Driving, or FSD, were in use at the time of the collision. Tesla cautions in its owners’ manual that Autopilot and FSD require active supervision.

Tesla CEO Elon Musk on Monday said in a tweet: “Data logs recovered so far show Autopilot was not enabled & this car did not purchase FSD. Moreover, standard Autopilot would require lane lines to turn on, which this street did not have.”

In a statement on Thursday, Consumer Reports’ senior director of auto testing, Jake Fisher, said: “In our test, the system not only failed to make sure the driver was paying attention — it couldn’t even tell if there was a driver there at all.”

The Consumer Reports engineers found in earlier tests that Tesla’s Autopilot — like many automated driving systems — can operate where there are no lane lines.

Fisher said, “Any system that looks at lane lines can be tricked. They may see something as a lane line that is not, like a car strip, a curb may be interpreted as lane line and so on.” He noted that Tesla’s Autopilot requires only a single lane line in order to engage, while some systems require a double line.

Fisher also said, “Tesla is falling behind other automakers like GM and Ford that use technology to make sure the driver is looking at the road on models with advanced driver assist systems.”

Microsoft Teams is getting a new slimline makeover

BMW, Ford, GM, Subaru and others use camera-based driver assistance systems to track movement of a driver’s eyes and head position to make sure they are minding the road. Some of these vehicles, including those with GM’s Super Cruise system, will automatically slow to a stop if they sense drivers are too inattentive or disengaged.

Tesla vehicles have no such camera system but do have sensors in the steering wheel that can detect whether a driver’s hands are on the wheel. The vehicles will “nag” drivers to put their hands back on the wheel if they are too inattentive. Autopilot or FSD can eventually lock a driver out of using the function if warnings are ignored too many times.

The crash in Texas continues to draw widespread attention. On Thursday, Sens. Richard Blumenthal, D-Conn., and Ed Markey, D-Mass., wrote a letter to the administrator of the NHTSA imploring the agency to “conduct a thorough investigation of the accident” and recommend corrective actions to prevent similar accidents in the future.

Read about Consumer Reports’ testing here — including how they were able to keep their Tesla Model Y moving with nobody in the driver’s seat.