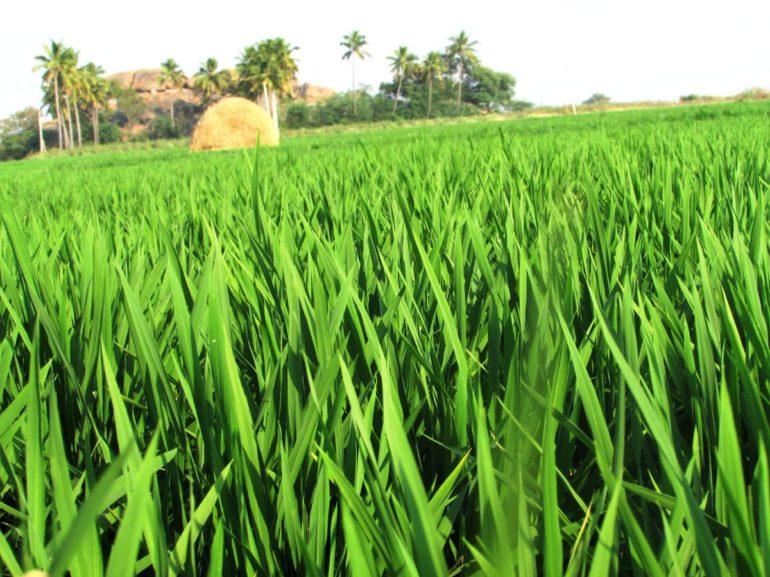 As areas of land continue to decrease, farmers worldwide are facing the daunting challenge of growing more crops. At the current rate, food production needs to rise by 50-98% by 2050 just to achieve food security. Which is why researchers at Oregon State University are using 3D scanning to assist in maximizing ryegrass crop yields with high-throughput phenotyping.

Phenotyping, which is the act of choosing plants with the most desirable traits for plant breeders and farmers, is an ancient way of farming to yield higher crops. While advances have been made technologically to increase phenotyping output, farmers still can’t keep up with food demand. However, using 3D scanning, U.S. Space Force Major Travis Tubbs was able to non-destructively measure 160 individual plants in the field 6-8 times over the duration of his project.

“The laborious method of measuring by hand is the industry standard and has been for decades, but with the rise of technology, high-throughput phenotyping has sprung to life,” according to a case study about the OSU project. “Perennial ryegrass is the most popular and best-adapted cool-season grass crop, used in many countries for feeding livestock. Just in the state of Oregon alone, 360 million pounds of ryegrass seed were harvested in 2019, with sales of the seed valued at more than $186,000,000. And yet 20% or more of the ryegrass grown there every year is irretrievably lost due to early seed shattering, when the seeds break off from the plant prematurely.”

By identifying the most desirable ryegrass plants quicker than traditional methods, farmers can respond to immediate and future demands faster than ever before. 3D scanning could be the saving grace for the future of agriculture and slowing world hunger.

Tubbs considered designing his own 3D scanner until he discovered the Artec Space Spider, a professional handheld 3D scanner utilized, among others, by researchers. He got in touch with Richman Siansimbi of Digital Scan 3D, an Artec reseller, and together they scanned some samples of ryegrass plants using the Space Spider. The submillimeter scans were detailed enough for analyses, and the handheld scanner allowed for a repeatable workflow.

Notably, 3D scanning is vastly different from other technologies that are currently being used, such as IR or LIDAR, because it uses structured light and provides much greater fidelity in the objects of interest. Tubbs believes this will likely be incorporated into farming equipment in the future. Already there are a number of scientists from around the world that are interested in this research as a easier and more affordable method for studying plants.