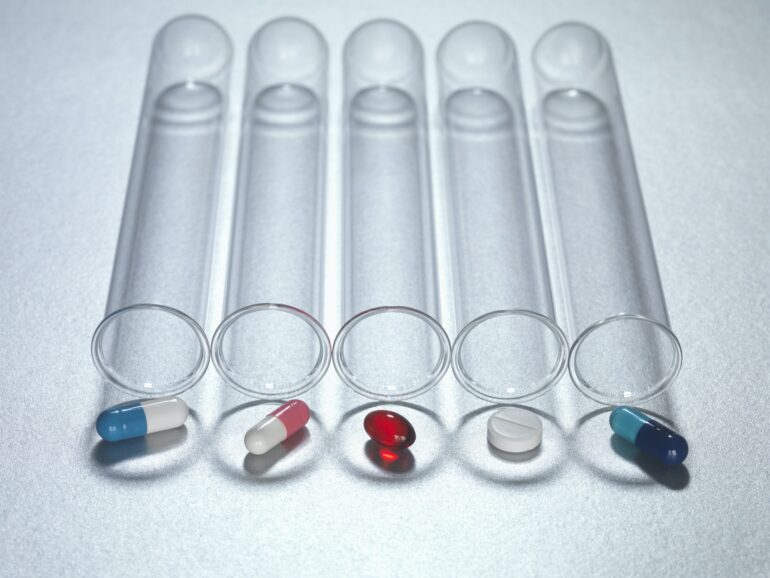 It takes 10 to 15 years and around US$1 billion to develop one successful drug. Despite these significant investments in time and money, 90% of drug candidates in clinical trials fail. Whether because they don’t adequately treat the condition they’re meant to target or the side effects are too strong, many drug candidates never advance to the approval stage.

As a pharmaceutical scientist working in drug development, I have been frustrated by this high failure rate. Over the past 20 years, my lab has been investigating ways to improve this process. We believe that starting from the very early stages of development and changing how researchers select potential drug candidates could lead to better success rates and ultimately better drugs.

How does drug development work?

Over the past few decades, drug development has followed what’s called a classical process. Researchers start by finding a molecular target that causes disease – for instance, an overproduced protein that, if blocked, could help stop cancer cells from growing. They then screen a library of chemical compounds to find potential drug candidates that act on that target. Once they pinpoint a promising compound, researchers optimize it in the lab.

Drug optimization primarily focuses on two aspects of a drug candidate. First, it has to be able to strongly block its molecular target without affecting irrelevant ones. To optimize for potency and specificity, researchers focus on its structure-activity relationship, or how the compound’s chemical structure determines its activity in the body. Second, it has to be “druglike,” meaning able to be absorbed and transported through the blood to act on its intended target in affected organs.

Once a drug candidate meets the researcher’s optimization benchmarks, it goes on to efficacy and safety testing, first in animals, then in clinical trials with people.

Best Buy Memorial Day Sale 2021: what to expect and the deals happening now

Why does 90% of clinical drug development fail?

Only 1 out of 10 drug candidates successfully passes clinical trial testing and regulatory approval. A 2016 analysis identified four possible reasons for this low success rate. The researchers found between 40% and 50% of failures were due to a lack of clinical efficacy, meaning the drug wasn’t able to produce its intended effect in people. Around 30% were due to unmanageable toxicity or side effects, and 10%-15% were due to poor pharmacokinetic properties, or how well a drug is absorbed by and excreted from the body. Lastly, 10% of failures were attributed to lack of commercial interest and poor strategic planning.

This high failure rate raises the question of whether there are other aspects of drug development that are being overlooked. On the one hand, it is challenging to truly confirm whether a chosen molecular target is the…