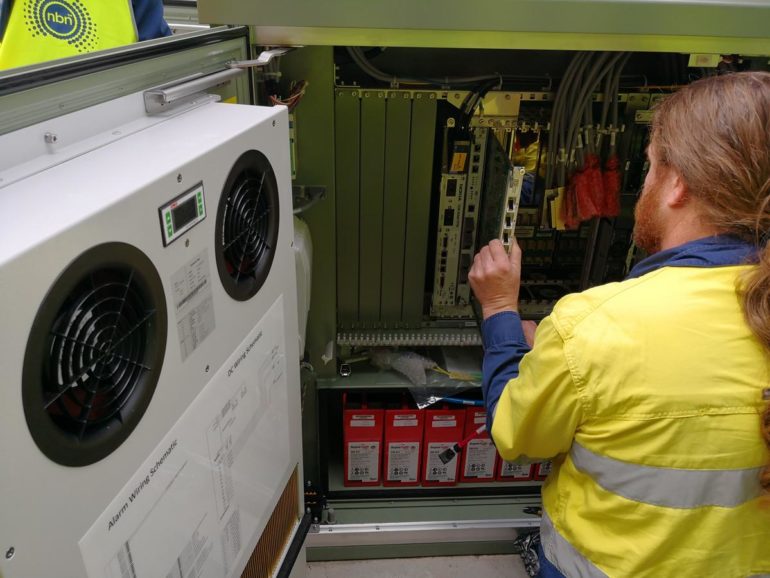 The consumer watchdog is alleging the trio made false representations to consumers over being able to test lines to determine the maximum speed on fibre-to-the-node connections, notify the customer of test results, and offer remedies if a line was performing below the speed the telco sold it as.

The ACCC also said it was alleging that the trio “wrongly accepted payments” from customers for NBN plans when they could not receive promised speeds. It has put the number of impacted customers in the “hundreds of thousands” range.

The watchdog said the telcos did not have “adequate systems” in place to complete the speed tests, notifications, and remedies process.

“Telstra, Optus and TPG each promised to tell consumers within a specific or reasonable timeframe if the speed they were paying for could not be reached on their connection. They also promised to offer them a cheaper plan with a refund if that was the case,” ACCC chair Rod Sims said.

“Instead, we allege, they failed to do these things, and as a result many consumers paid more for their NBN plans than they needed to.”

The statements made by the telcos were on telco websites and emails from the start of April 2019 to the end of April 2020 for Telstra and TPG, and covering calendar year 2019 for Optus.

The investigation kicked off after Telstra self-reported parts of its conduct to the ACCC.

“It is important that internet providers like Telstra, Optus and TPG give their customers accurate information so they can make an informed choice about the service that best suits their needs and budget,” Sims said.

“We are pleased that Telstra, Optus and TPG have promised to compensate consumers even before the court case is finalised.”

The ACCC said it would be asking the court for orders including declarations, injunctions, pecuniary penalties, publication orders, and the implementation of compliance programs.

TPG said in a statement it would be “making things right” with its impacted customers who never received a maximum attainable speed notice.

“For the oversight, we are sorry,” a company spokesperson said.

“There were two key contributing factors to this issue. The first was failure by NBN Co to provide timely and accurate speed information to TPG Internet. The second was anomalies in TPG Internet’s legacy processes in place since 2017, and these have been fixed post-merger.”

TPG added its intent was not to avoid obligations, and of its 2 million customers, “only a small percentage” did not receive information.

The Office of the Australian Information Commissioner (OAIC) has opened an investigation into Optus, following concerns the company breached the data of individuals by publishing their information in the White Pages.

The OAIC is investigating Singtel Optus Pty Ltd (Optus) under the Privacy Act 1988.

It said the investigation follows preliminary inquiries by the OAIC into data breaches involving publication of Optus customer details in the White Pages, when individuals had asked for their details not to be published.

“The public disclosure of personal information against the wishes of individuals may have the potential to cause harm,” it wrote.

In Apps and WebCompaniesSmartphones
on 27 October 202116 min read

In 2019, Optus confirmed that customer details were published on Sensis White Pages. Around 50,000 customers were told by the telco that their name, address, mobile, and home phone numbers were published. Optus at the time said around 40,000 were new customers who already listed.

“The majority of the affected customers’ details were already listed with Sensis prior to joining Optus,” a spokesperson told ZDNet at the time.

“As a priority, Optus arranged for Sensis to remove customer details from their online website directory, operator-directory assistance, and any future printed editions of directories.”

The company said it had “notified and apologised” to impacted customers.

The breach was discovered by Optus during a routine audit of 10 million customers.

The OAIC accepted an enforceable undertaking from ARC Mercantile back in 2016 following a breach of personal customer data which occurred when an ARC employee posted a spreadsheet of customers owing money to Optus on Freelancer.com.

“Optus takes the protection of customer data and privacy seriously,” an Optus spokeswoman told ZDNet in a statement at the time.

On Friday, Australian Information Commissioner and Privacy Commissioner Angelene Falk had her post extended for another three years.

“Since her appointment in 2018, Ms Falk has effectively led the Office of the Australian Information Commissioner,” a statement from Australia’s Attorney-General said.

“She has worked to increase the Australian public’s trust and confidence in the protection of personal information by promoting the understanding of privacy issues and effectively resolving privacy complaints and investigations.”