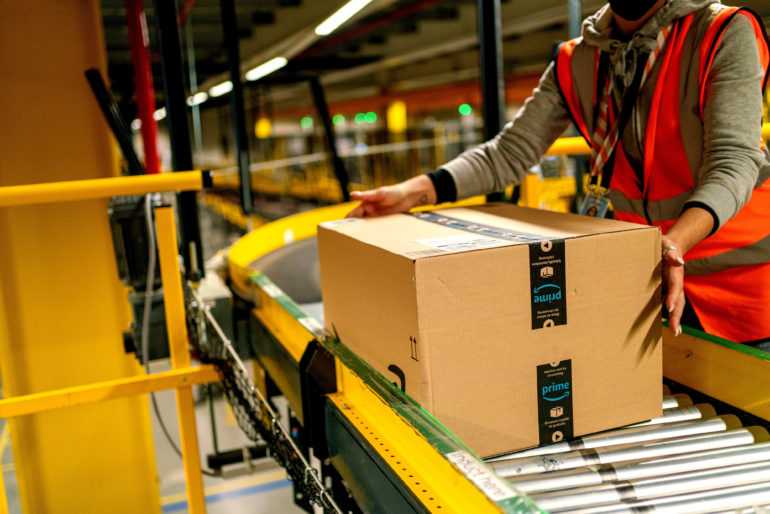 Amazon is joining forces with a U.S. government watchdog group to conduct counterfeit inspections, the company announced Tuesday, in its latest effort to address a problem that’s plagued the e-commerce platform for years.

The company will work with the National Intellectual Property Rights Coordination Center, a task force that’s overseen by U.S. Immigration and Customs Enforcement, to “analyze data and conduct targeted inspections aimed at preventing counterfeit products from entering the U.S. supply chain,” Amazon said. Any evidence collected from their inspections will be used to expand ongoing investigations and go after bad actors.

The initiative, referred to as “Operation Fulfilled Action,” is led by Amazon’s Counterfeit Crimes Unit. The team was launched earlier this year and is made up of former federal prosecutors, investigators and data analysts who mine the site for information and work with federal prosecutors.

Amazon’s marketplace, launched in 2000, now accounts for more than half the company’s overall sales. While it’s been a key driver of Amazon’s overall business, it has also faced a number of issues related to counterfeits, as well as unsafe and expired goods. Knockoff goods have been especially harmful for Amazon’s relationships with some brands, such as Nike and Birkenstock, who quit Amazon following a surge in counterfeits.

The company has ramped up its efforts to stamp out counterfeits on the platform. It has pursued counterfeiters in court, rolled out various programs to seek and detect sales of counterfeit goods and continues to block millions of suspected bad actor accounts and listings.