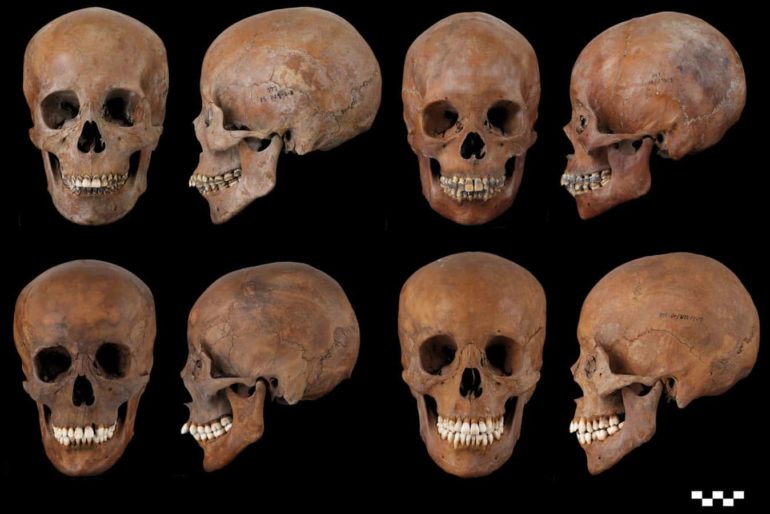 When a baby puts something from the floor in their mouth, we panic, but the mouth already contains thousands of bacteria. Now a team of researchers is looking at archaeological remains for an example of how Japanese oral biomes have changed and what they say about the people who owned those mouths and teeth.

“We can now examine these communities by sequencing ancient DNA preserved within calcified dental plaque or dental calculus, providing insights into the origins of disease and their links to human history,” the researchers reported in a special edition of Philosophical Transactions of the Royal Society B.

Laura S. Weyrich, associate professor of anthropology, and her team looked at thousands of skeletons in collections and chose specimens that had the biggest calculus on their teeth. Calculus, sometimes called tartar, forms when dental plaque is not removed by brushing or flossing. It bonds strongly with the tooth surface and in modern times is removed during teeth cleaning at the dentist’s office. Because dental plaque is a biofilm made up of mostly bacteria, sampling calculus, ancient or modern, can provide DNA identification of microbes in the mouth.

Using these two populations, Weyrich and her team could investigate how the oral biome changed over time and how the introduction of agriculture affected the composition of bacteria and fungi. They also looked at the biome’s association with oral diseases like periodontal disease and dental caries.

The researchers did not find a significant difference between the early hunter-gatherers and the later agriculturalists, although “it looks like some microbes may have been brought to Japan with the introduction of rice growing,” said Weyrich.

What the researchers found was a difference between the oral biomes found in male and female subjects. One possibility for this was the practice of Japanese women to blacken their teeth. This cultural practice may have migrated from other Asian countries and, in Japan, was a symbol of marriage among the aristocratic class. This practice, called ohaguru, was outlawed in Japan in 1870.

The compounds used to blacken teeth, which had to be routinely applied, may have affected the oral microbiome of women. These compounds often contained a mineral, such as iron, mixed with an acid, like vinegar, and then mixed with a colorant, like tea.

The researchers noted that “surprisingly, the practice of ohaguru was thought to protect teeth from dental decay, however, we find it associated with evidence of periodontal disease, raising questions about its health benefits.”

“Alpha diversity is not different across men and women,” Weyrich said. “Everyone has about the same number. There was also no significant difference in beta diversity.”

While the number of species of bacteria were the same, the researchers did see a difference between the Jomon and Edo periods.

“What becomes different is whether or not the strains are the same,” said Weyrich. “New strains of the same species are brought in by agriculture and those are the ones that become dominant. Strains from the Jomon show evidence of extinction.”

These agriculturally related strains appear on a different branch of the evolutionary tree for the bacteria, indicating they came from somewhere else.

“This is the first study to examine ancient microbiomes in an Asian population,” said Weyrich.

Weyrich did note that there are many potential contamination problems for the DNA analysis. The teeth had been buried in soil, so there were soil microbes. The researchers were also concerned with contamination from their own microbial DNA. To prevent this, they wore full body suits, gloves and masks.