Algae reveal clues about climate changes over millions of years 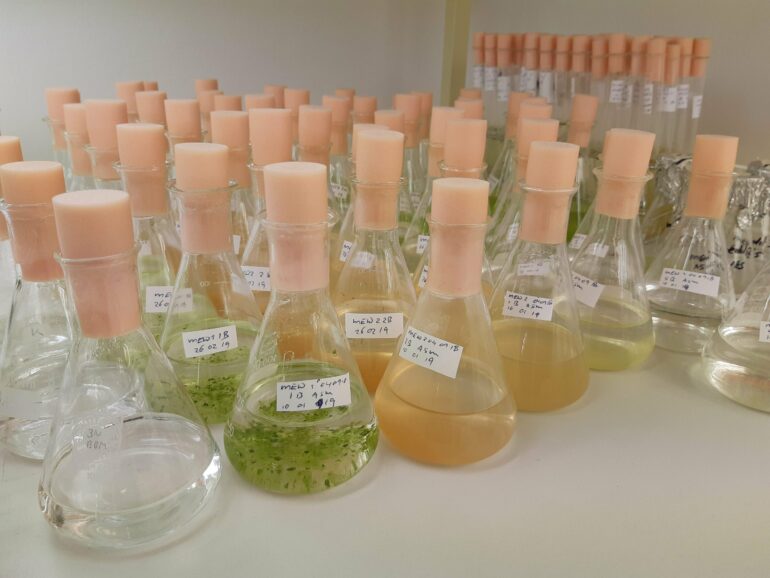 Organisms adjust their cell walls according to environmental conditions such as temperature. Some adaptations involve changes in lipids, which may still be preserved long after the rest of the organisms has been degraded. Researchers at the University of Göttingen studied a specific group of lipids called long chain diols, which are found in sea sediments all over the world, and which can be preserved for millions of years.

The researchers discovered that these lipids are produced by an, until now, unknown group of marine eustigmatophyte algae which evolved before the currently known species originated. This finding changes our understanding of the composition and evolution of these algae, as previously they were considered to consist of a relatively small group of mainly soil and freshwater species. In addition, the researchers show that a ratio of these distinctive lipids, known as the Long chain Diol Index, can be used to reconstruct summer sea surface temperatures from the past. The research was published in the Proceedings of the National Academy of Sciences.

For this study, combining expertise from the University of Göttingen’s Geoscience Centre (Geobiology) and the Experimental Phycology and Culture Collection of Algae, the researchers took samples of seawater from the Mediterranean each month between April to October 2019 and analyzed them for lipid and DNA content. The DNA data revealed the occurrence of an early evolving group of marine eustigmatophyte algae that had not been identified before.

Similarities in patterns of the eustigmatophyte DNA and the specific lipid concentrations, combined with in-depth analyses of previously published DNA and lipid datasets, show that these marine algae are the main producers of the long chain diols. “These lipids have been found in sediments from all over the world, dating from millions of years ago right up to now. But until now, no-one matched the unique lipid signature to these particular algae,” says first author Dr. Sebastiaan Rampen, who carried out this research at Göttingen University.

“A wide variety of techniques can be used to deduce ancient climates across Earth’s history,” Rampen explains. “What is exciting about our discovery is that we have demonstrated that the ratio of these unique lipids reveals temperatures in the warmest months. This explains why readings obtained by this method sometimes differ from other temperature reconstructions that give average temperatures across the year. Combining different methods now provides complementary information to help us better understand the Earth’s climate going back millions of years.”

After thousands of years, an iconic whale confronts a new enemy


Citation:
Algae reveal clues about climate changes over millions of years (2022, May 13)