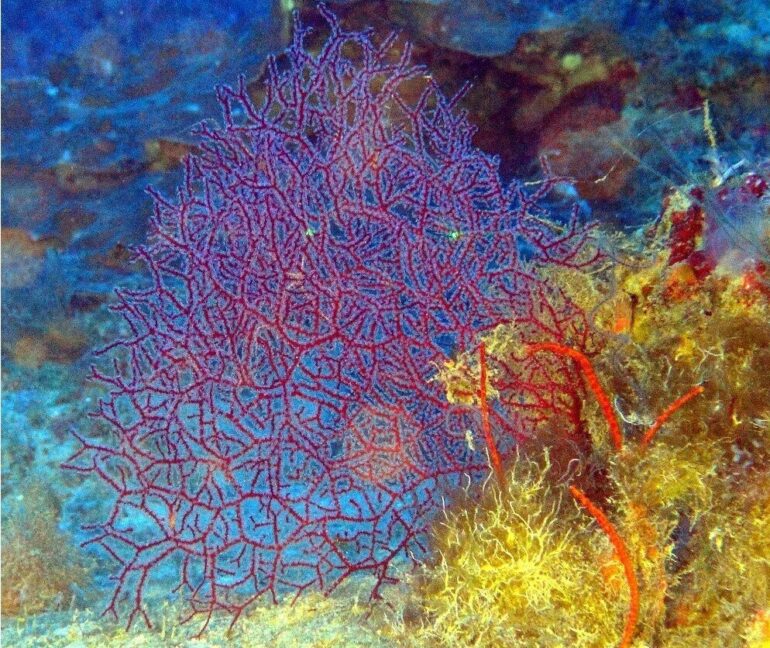 A new Tel Aviv University study, in collaboration with the Interuniversity Institute for Marine Sciences in Eilat, has found that coral spawning events in the Gulf of Aqaba and Eilat, Red Sea, at the deep end of the focal species’ depth range (~30–45 m) occur at much lower intensities than those at shallow water (0–30 m). The study shows that while in shallow water about half of the corals engaged in each reproductive event, this proportion dropped to only 10–20% in the deeper part of the reef.

According to the researchers, the significance of this finding is that there is an insufficient basis for the prevalent hope that deep reefs can serve as a “lifeline” for degraded shallow reefs. In fact, the researchers suggest that for some coral species, the opposite is true—to survive through time, deeper coral populations may more often rely on shallow-reef coral more than vice versa. The study also demonstrates that sharp increases in water temperature within a day or two affected the onset of the breeding events in the examined species.

The study was led by Ph.D. candidate Ronen Liberman from Tel Aviv University’s School of Zoology and Dr. Tom Shlesinger from Florida Institute of Technology; and supervised by Prof. Yehuda Benayahu of Tel Aviv University’s School of Zoology and Steinhardt Museum of Natural History. Prof. Yossi Loya, also of TAU’s Zoology School and Steinhardt Museum, participated in the study as well. This research was recently published in the prominent journal Ecology. The study was partially funded by a grant from the European Commission as part of its Horizon 2020 program.

The study was conducted over the course of five years to include five breeding seasons. It examined the reproduction of soft corals, also called Octocorallia, some of which live throughout a wide depth range in the Gulf of Aqaba and Eilat. The uniqueness of the study lies within the long-term and intensive examination of coral reproduction throughout a wide depth gradient spanning 0–50 m. The researchers focused on a species of a soft coral, called Rhytisma fulvum, which reproduces by surface brooding—a reproductive mode by which the coral brood, or hatch, their strikingly yellow larvae glued externally to the coral surface for several days. This unique reproductive mode helps scientists overcome many of the difficulties in examining and monitoring coral reproductive events, especially in the more challenging-to-work depths.

Ronen Liberman explains: “Most coral species are hermaphrodites, meaning that each individual functions as both male and female, and they reproduce by brief and synchronous spawning events, which usually occur once a year in the summer months. During this synchronized event, many corals simultaneously release a huge amount of sperm and eggs which meet externally in the water, where they undergo fertilization and form embryos. In other species, male corals release sperm into the water, and these cells migrate into female corals and fertilize the eggs internally, so that fertilization and embryonic development occurs within the coral. In both cases, the event lasts only a few minutes, mostly at night, so it is very difficult for researchers to ‘capture the moment,” especially at great depths where divers cannot remain for a long time. Therefore, very little is known about coral reproduction at depths greater than approximately 15 m.”

In the present study, the researchers focused on the soft coral Rhytisma fulvum which lives in the Gulf of Eilat and Aqaba along a large depth range: from reef flats close to the sea surface and down to 50 m. A particular reason for the choice of this species is its unique reproductive strategy, called surface brooding. This reproductive process begins when male colonies release sperm cells in a synchronized manner, which later reach female colonies where internal fertilization occurs. Unlike in other coral species, however, in this species, embryos do not proceed to develop internally within the coral. Instead, the fertilized eggs are released and cling to the colony via mucus for six days, where they develop into larvae. “The developing embryos have such a vibrant yellow color that makes it a very colorful event, lasting for several days. Thanks to that fact, we were able to monitor rather easily a large number of colonies along a large depth range throughout five annual reproductive seasons,” says Ronen.

The researchers dove to various depths, positioned temperature sensors, and examined several characteristics of the breeding events–timing, duration, and intensity of the events. Notedly, they sought to understand which environmental factors influence the onset of reproductive events. The study showed that the timing and synchronization of reproduction events, at any given depth are associated with a clear and fast increase in water temperature of 1–1.5 degrees Celsius within 24–48 hours—a kind of a “heat wave” that is typical in the waters of the Gulf of Aqaba and Eilat in early summer. In shallow water (approx. 5–15 m), the reproductive events always occurred days to weeks before they were observed at the greater depths. The researchers attributed this phenomenon to the short-term “heat waves” in the deeper water usually occurred only several days to weeks after they occurred in the shallow water.

The reproductive intensity was measured by the number of colonies that reproduced and released embryos at each event. “We found that the number of colonies releasing embryos was significantly smaller at a depth greater than 30 meters,” Ronen adds. “Whereas at a shallow depth, about half of the colonies participated in each spawning event, in the deeper water the participation rate dropped to only 10–20 percent.” In light of these findings, the researchers believe that the deep-water coral populations are less likely to thrive on their own and are reliant to some extent on populations from the shallower reef. Because of their lower breeding intensity, it appears that the deep-water coral population requires the contribution of the larvae from the corals found in the shallower water. The researchers suggest that this ‘weakness’ among the deep corals may be linked to the much lower intensity of sunlight that reaches their habitat. Sunlight is necessary for photosynthesis in which symbiotic algae found within the coral tissue convert light energy to provide the coral host with the chemical energy it needs.

The researchers conclude: “Today, when coral reefs around the world are being severely damaged by climate change and other human impacts, many are pinning their hopes on deeper reefs to provide a ‘lifeline’ of support for shallow-water coral reefs, which may be more exposed to some hazards. While we do not wish to diminish the optimism, our research suggests that this hope might have been overestimated. Rather, it looks like it is the deeper coral populations that need the shallow ones to persist more than vice versa. Therefore, these hidden deep reefs require attention and protection on their own right, perhaps even more than the shallow reefs.”