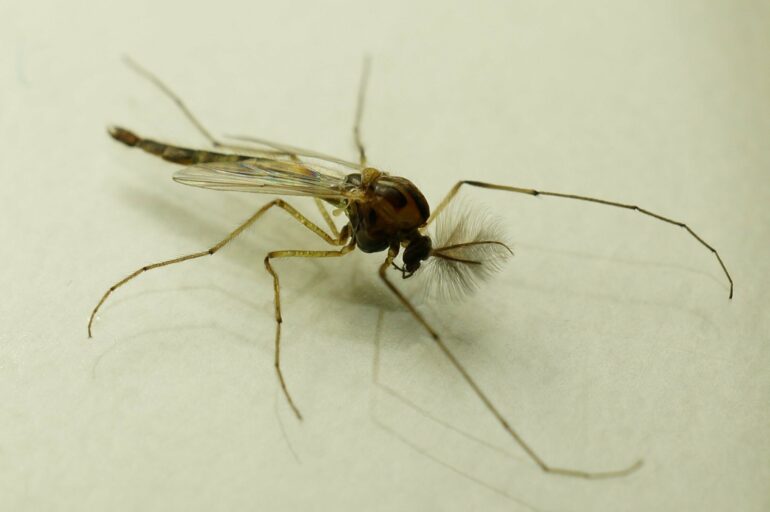 It is often not even recognizable as such to the naked eye and harbors dangers that cannot yet be accurately assessed: Microplastics are entering the environment in ever greater concentrations and decompose only very slowly. The plastic particles, which are up to five millimeters in size, are dispersed by water and wind. In the meantime, microplastics have already been detected in all ecosystems, from the deep sea to high alpine glaciers. These particles can even get into the brains of mammals, for example. Although there is increasing evidence that the ingestion of microplastics—depending on size, quantity, and composition—could be harmful to organisms, the degree of danger has not yet been conclusively clarified.

The fact that microplastics can also trigger evolutionary changes has now been shown for the first time by an international team of scientists from the LOEWE Centre for Translational Biodiversity Genomics (TBG), the Senckenberg Biodiversity and Climate Research Centre Frankfurt (SBiK-F) and the Estonian National Laboratory of Chemistry and Physics. Their genomic study was published in the scientific journal Chemosphere. According to the study, the ingestion of microplastic particles triggers an evolutionary adaptation in the freshwater non-biting midge Chironomus riparius.

In an experiment over several generations of midges, they were exposed to a concentration of microplastics like those found in the environment. This initially showed a loss of fitness in the form of death rates of up to 50 percent. Subsequently, an interesting development started: Within three generations, the midges adapted to the uptake of the pollutant, so that there was no longer any difference to the control group in terms of survival rates. At the same time, however, changes were registered in their entire genome, which can be interpreted as the reason for this incredibly rapid adaptation. In particular, those genes that play a role in combating inflammation and oxidative stress—a material imbalance in cells that impairs repair and detoxification functions—showed signs of evolutionary adaptation.

Study author Dr. Halina Binde Doria from the LOEWE Centre TBG and the SBIK-F classifies the results: “Even though the twitching midges were able to adapt very quickly to microplastics, this is only partially good news. This may not reflect the situation in natural populations and ecosystems. Many different factors have to be considered.”

For one thing, the experimental situation may not show all the negative effects of microplastics on survival or reproduction rates, in short, evolutionary fitness. For example, the ingestion of microplastic particles directly or indirectly influences nutrient uptake in the intestine and can have negative effects in nutrient-poor phases, for example in winter. Adaptation to microplastics can also override important other adaptations, such as the control of mutation rates. Furthermore, it is known that not all species can adapt as quickly as midges. For these, microplastics would have harmful effects in the longer term.

Study leader Prof. Markus Pfenninger, also working at the LOEWE Centre TBG and the SBiK-F as well as at the Johannes Gutenberg University Mainz, says, “Our study shows that microplastics in the environment have the potential to change the evolutionary development of species exposed to them forever. Even if there seem to be no immediate harmful effects, microplastics pose a hitherto underestimated threat to all ecosystems. We now want to further investigate the genomic responses of chironomid midges to microplastics as an example, as they are well suited for these analyses due to their fast reproductive rate, ease of maintenance in the laboratory and the available reference genome.”