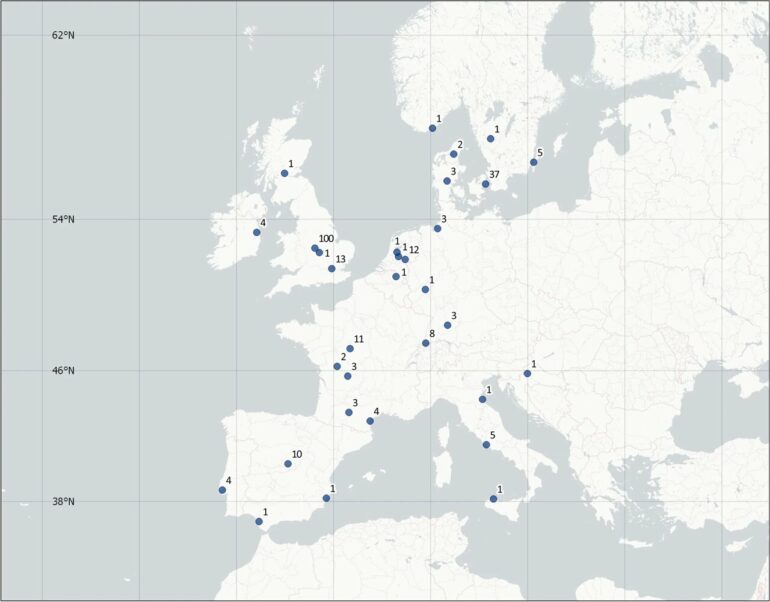 A new study has found that a large number of chimpanzees living in Europe suffer from inadequate vitamin D levels, and the widespread problem could have a major impact on their health.

The study, which is the largest of its kind, is published in the journal Scientific Reports. The authors say this research will help improve care and nutrition practices in these endangered animals.

Vitamin D deficiency is described by some as a pandemic, thought to affect up to 1 billion people worldwide. Vitamin D is well-known for its importance in maintaining calcium levels in the body, which is essential to the functioning of bones and muscles. However, vitamin D has a much wider range of biological functions, and prolonged vitamin D deficiency has been associated with a variety of disorders in humans such as heart diseases, cancers, autoimmune diseases, and respiratory infections.

Comparatively little is known about vitamin D in non-human primates. An international team of experts, including academics at the Universities of Nottingham, Birmingham, St George’s and Hong Kong, as well as zoo veterinarians from Twycross and Perth zoos, have set up a Europe-wide research project to investigate this in our closest animal relatives.

The international study found that inadequate vitamin D levels are widespread in chimpanzees living in Europe. This in turn could be a risk factor for the development of a mysterious heart disease that commonly affects them: IMF, or Idiopathic Myocardial Fibrosis.

The same research group previously investigated IMF in detail and found that a majority of chimpanzees from Europe showed the characteristic changes of this disease, but animals from Africa were not affected.

Dr. Melissa Grant at the University of Birmingham says that “this is essential research to further understand the factors contributing to maintaining a healthy in-human-care chimpanzee population for the future of the species. Such a wide range of individuals and locations has not been explored before and this reveals potential new ways to care for these animals.”

During the study, the team analyzed samples from around 20% of all chimpanzees living in Europe. The samples came from 32 European zoos and sanctuaries, and were collected opportunistically when the animals were anesthetized for health checks or minor veterinary procedures. The researchers analyzed the samples along with detailed information about the individual animals and their care practices, as well as their geographical location, to understand which factors could be important for their vitamin D supply.

Sophie Moittié, who led the study originally at Twycross Zoo and is now an assistant professor at the University of St George’s, says that “there is clear correlation between vitamin D status and several diseases in humans. We share 99% of our DNA with chimpanzees, therefore we need to assume that they might be at risk as well. It is our responsibility to ensure they get the best care possible, so we can preserve them into the future.”

Their findings show that unlimited outdoor access resulted in higher vitamin D levels, even for those animals living in Northern Europe, where sunny days are rare compared with their natural African habitat. Like in humans, there were also clear differences in vitamin D between seasons, and for many chimpanzees their end-of-summer concentrations may not be high enough to avoid a winter deficiency. Even chimpanzees living in Southern Europe are at risk of becoming vitamin D deficient, similarly to the humans living there.

These findings will now inform how these animals are cared for in zoos and sanctuaries, contributing to continuous improvements in welfare standards.

Professor Kerstin Baiker, the lead pathologist of this study from City University of Hong Kong says that “vitamin D plays an important role in the transcriptional control of pro-fibrogenic and pro-inflammatory factors in the body, so adequate vitamin D levels are vital for the health of chimpanzees in our care.”

New study reveals impact of plastic on small mammals, as four out of seven species identified as ‘plastic positive’

Though vitamin D was long thought to be important only for bone health, its relevance nowadays is considered very profound. Hundreds, if not thousands of biological processes rely on its presence in humans and other animals, and a lack of this vitamin might be an important contributing factor to many modern human diseases. Understanding these in other great apes can both provide significant benefits to their conservation, and we also might learn important lessons for humans too.