Not all mushrooms are alike: How fine underground braids could remedy heavy metal contamination 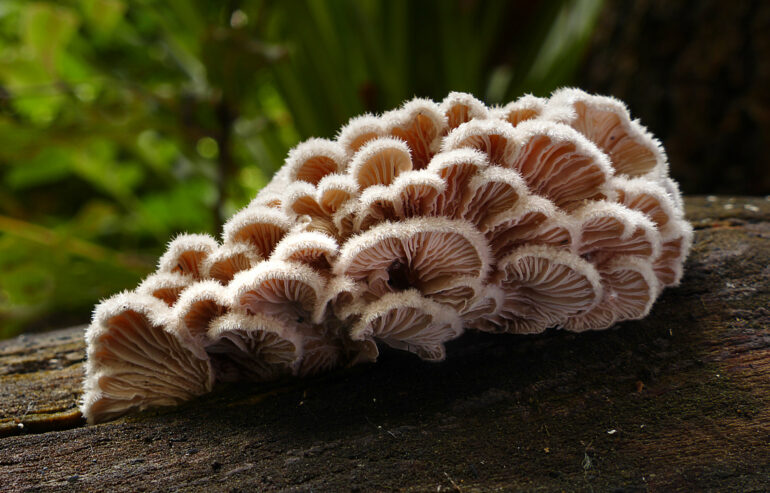 Among domestic mushroom pickers in Germany it goes without saying that many edible mushrooms in our forests are still contaminated with radionuclides as a result of the 1986 Chernobyl nuclear disaster. Less well known is that mushrooms can also accumulate other heavy metals.

A team from the Helmholtz-Zentrum Dresden-Rossendorf (HZDR) has now investigated the specifics of the interaction of four different fungal species with europium as a non-radioactive and chemical analog for certain actinides and other representatives of the rare-earth elements.

The scientists are thus deciphering the migration behavior of radionuclides in the environment: details that are indispensable both for a hazard assessment and for the development of industrial remediation or extraction procedures.

“The interaction of fungi with europium at the molecular level is currently particularly interesting from a radiotoxicological point of view, as this rare-earth element is an analog of the trivalent actinides americium and curium, with americium in particular being responsible for high radiotoxicity at Chernobyl in the future,” explains Dr. Alix Günther from the Institute of Resource Ecology at HZDR.

The very dangerous radionuclide americium-241 was not released during the reactor explosion. However, plutonium-241 was released, which decays into americium-241 with a half-life of 14.4 years. Other radionuclides, such as cesium or strontium, will slowly disappear—but the americium share will continue to rise and will not reach its peak until an estimated 70 to 80 years after the accident.

“In addition, the rare-earth metal europium is an important component of a variety of high-tech products. During extraction, or even through improper disposal, it is possible for europium to be released into the environment. As an analog to calcium, europium can severely disrupt cell metabolism in the human body,” says Günther’s institute colleague Dr. Johannes Raff, describing the second motivation for their joint work. Both topics raise the same question for the researchers: Do different types of fungi interact with these heavy metals in the same way?

The wonderful world of mushrooms

Mushrooms are remarkable creatures: In extreme cases, they can live well over a thousand years and reach an extent of several hundred hectares and a biomass of over 500 tons. In the accumulation of heavy metals, however, the fruiting bodies, which have so far been the main focus of attention, do not play the main role, even though their harvest and consumption form the gateway into the human food chain. It is primarily the underground, fine network of the mycelium that is responsible in particular for the uptake of heavy metals from the environment.

For their work, the researchers selected wood-degrading fungi such as the common split-gill (Schizophyllum commune), the oyster mushroom (Pleurotus ostreatus) and tiger sawgill (Lentinus tigrinus), as well as white dapperling (Leucoagaricus naucinus), which feeds on dead organic matter. They confronted these fungi with europium.

In a previous work, they had studied the response of fungi to the elements cesium, strontium, and uranium, as these are either important in radiotoxicity or are components of nuclear fuel. From these studies, they have learned, for example, that the Split-Gill can take up large amounts of uranium into its cells without dying.

Thanks in part to the excellent technical equipment at the Institute of Resource Ecology and the fruitful collaboration with HZDR’s Ion Beam Center, the team has now been able to use a combination of spectroscopy and microscopy to elucidate the relationship between the occurrence of different binding forms of europium and the respective binding site on or in the cell.

Their results demonstrate that fungi interact very differently with the heavy metal. While the nature of the chemical interaction is similar for all fungi, the cellular components involved, and thus the transport and uptake, as well as the sites of accumulation in the cell, are very different. For example, while the white dapperling binds only small amounts of europium, which is immobilized in the cell in a finely distributed manner, the split-gill can bind up to four times more europium compared to the other fungi.

This species belongs to the white rot fungi, i.e. fungi that can decompose the wood component lignin to use it for their metabolism. They form insoluble europium-containing precipitates on the outside of the cell wall: an indication that the fungi also behave differently toward heavy metals according to their nutritional physiology.

The team hopes to find a variety of applications for their findings. For Raff, methods are conceivable which, for example, may render heavy metal-polluted areas agriculturally usable again: “For this, however, we need to understand the molecular processes and the transport within the organism even more precisely.”

Günther notes a detail that has been occupying the Rossendorf scientists for a while: “Thanks to the long life of some fungal species, radioactive substances could be stored in part until they decay. For this reason, they could be suitable for rapid radiation protection precautions on the one hand, and for the remediation of contaminated soils on the other. And we also see the possibility of purifying contaminated water: here our fungi could be used as carrier materials in purification columns.”

In addition, the two want to use their work to shed light on the behavior of radionuclides in our environment, which has so far only been incompletely understood. This knowledge forms the prerequisite for detailed modeling and prediction, which in turn are essential for realistic risk assessment.


Citation:
Not all mushrooms are alike: How fine underground braids could remedy heavy metal contamination (2022, December 21)