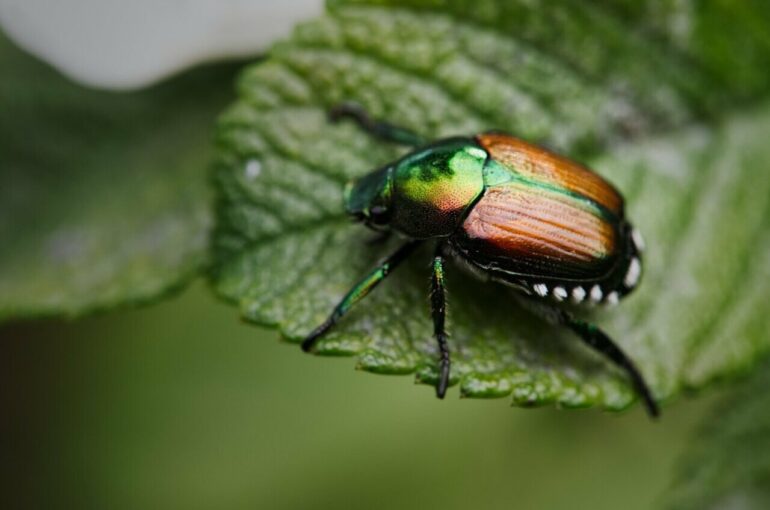 Using a previously published and carefully curated 68-gene dataset, the scientists ran a battery of mathematical models to reconstruct the evolution of protein sequences—the results of which, have been published today in Royal Society Open Science.

After a year and a half of running on a supercomputer at the University of Bristol’s Advanced Computing Research Centre, the scientists were able to build a robust evolutionary tree of beetles which also included data on 57 beetle fossils to contain the timescale of beetle evolution. Their findings provide one of the most comprehensive evolutionary trees of beetles.

Different beetle clades diversified independently, as various new ecological opportunities opened up. “There was not a single epoch of beetle radiation, their secret seems to lie in their remarkable flexibility,” explained author Professor Chenyang Cai of Bristol’s School of Earth Sciences. “The refined timescale of beetle evolution will be an invaluable tool for investigating the evolutionary basis of the beetle’s success story.”

The international group of 17 scientists has also drawn up an updated classification of beetles reflecting the latest understanding from genetic and morphological studies. The new classification system recognizes 193 living and extinct beetle families.

“Encouragingly, our molecular results are congruent with previous data based on morphology alone,” said entomologist Robin Kundrata from the Palacký University in the Czech Republic who participated in the study.

From the local park to tropical rainforests and the Arctic tundra, beetles can be found in most ecosystems and are the most diverse group of animals ever known to exist. These inconspicuous six-legged walking jewels are the silent rulers of our shared planet. As hard as it may be to believe, every fourth known animal species is a beetle. Close to 400 thousand species have been described, making them one of the most important stakeholders in how ecosystems are run.

The immense diversity of beetles has been bugging scientists for centuries. Some of the most famous biologists of all time, such as Darwin and Wallace, drew inspiration for their theory of evolution from studying beetles. “Beetles are probably the single best case-study in biodiversity that nature has given us,” explained Prof Cai also of the Nanjing Institute of Geology and Palaeontology (NIGP).

But understanding the origins of six-legged biodiversity is a complicated business. The oldest beetle fossils date back to around 295 million years ago, long before the Earth was roamed by the first dinosaurs. “Reconstructing what happened in the last 300 million years is key to understanding what gave us the immense diversity beetles are known for today,” added Prof Cai. Thanks to advances in genetics and palaeontology, scientists have now obtained a clearer picture of what happened that gave beetles the cutting edge.

“Studying evolution is an unusual scientific endeavor. You cannot rewind the tape of evolution backwards to look at what happened and most of the time you can’t do lab experiments either,” said the study’s co-author Erik Tihelka, also of Bristol’s School of Earth Sciences. “But because evolution leaves its signature in all aspects of biological organization, our best option is to draw on as many lines of evidence as we can find and see where the threads coalesce. In our case, we have focused on the molecular genetics of living beetles, their morphology, and rare beetle fossils to draw up an updated understanding of their evolutionary history.”