Study finds that monkeys, like people, can ‘choke under pressure’ 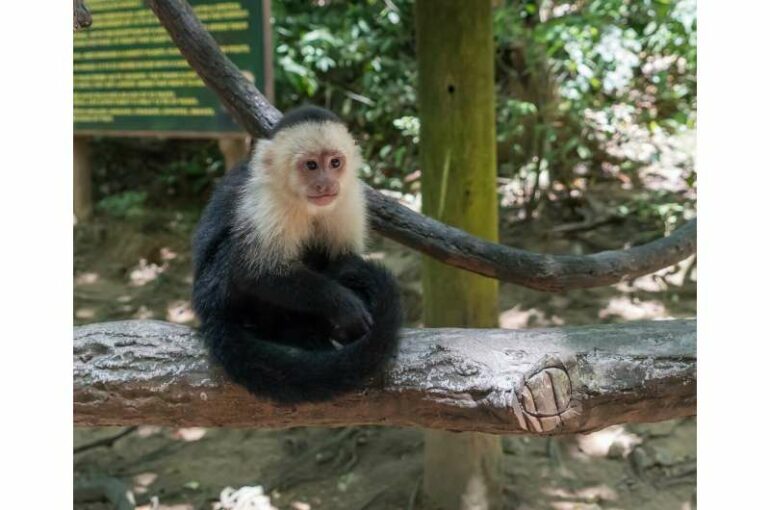 Being stressed about doing well on a test might not be limited to humans, according to a new study led by researchers at Georgia State University.

Researchers say the study, which involved tufted capuchin monkeys living in groups at Georgia State’s Language Research Center, is the first to specifically explore whether other species experience pressure to perform.

The monkeys were given a computerized matching task. Some trials were cued to be harder, with a higher possible reward and a timeout consequence for wrong answers, while other trials were typical in difficulty to their usual computer tasks.

The team found that there was significant variation in how individual monkeys responded to these trials when the difference in difficulty was removed, suggesting that for some monkeys the cues of high stakes were enough to impact performance.

“There are several different explanations for why humans might ‘choke’ or ‘thrive’ under pressure, but all of these explanations have traditionally considered this sensitivity to pressure to be a human-specific trait,” said the study’s lead author, Georgia State Ph.D. candidate Meg Sosnowski.

“Our new results provide the first evidence that other species also might be susceptible to this influence of pressure, and that our responses to that pressure are, in part, the result of individual variation in an evolutionarily common stress response.”

The researchers also found that higher levels of a naturally occurring biomarker of stress, cortisol, were related to the monkeys’ performance. Higher levels of cortisol were associated with a lower ability to successfully complete the high-pressure trials, providing evidence that an individual’s long-term stress state might be related to cognitive performance.

“This opens the door not just to explore how responses to pressure might have impacted the evolution of cognition, but also provides clues pointing us to potential avenues that might mitigate performance deficits, both in humans and in other species,” Sosnowski said.

The research team included Marcela Benítez, an assistant professor of anthropology at Emory University, and Sarah Brosnan, who is affiliated with Georgia State’s Department of Psychology and the Center for Behavioral Neuroscience.

The paper was recently published in Scientific Reports,.

Life in the ‘dead’ heart of Australia


Citation:
Study finds that monkeys, like people, can ‘choke under pressure’ (2022, February 8)