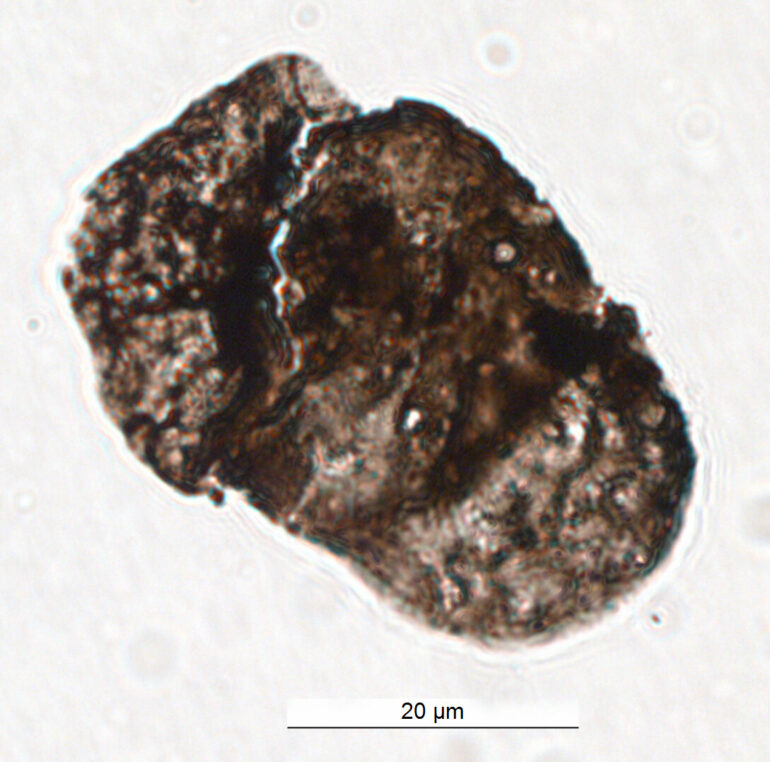 New research has uncovered that pollen preserved in 250 million year old rocks contain compounds that function like sunscreen, these are produced by plants to protect them from harmful ultraviolet (UV-B) radiation. The findings suggests that a pulse of UV-B played an important part in the end Permian mass extinction event.

Scientists from the University of Nottingham, China, Germany and the U.K. led by Professor Liu Feng from Nanjing Institute of Geology and Paleontology have developed a new method to detect plant’s sunscreen-like compounds in fossil pollen grains. The research has been published today in Science Advances.

The end-Permian mass extinction event (250 million years ago) is the most severe of the big five mass extinction events with the loss of ~80% of marine and terrestrial species. This catastrophic loss of biodiversity was a response to a palaeoclimate emergency triggered by the emplacement of a continental-scale volcanic eruption that covers much of modern-day Siberia.

The volcanic activity drove the release of massive amounts of carbon that had been locked up in Earth’s interior into the atmosphere, generating large-scale greenhouse warming. Accompanying this global warming event was a collapse in the Earth’s ozone layer. Support for this theory comes from the abundant occurrence of malformed spores and pollen grains that testify to an influx of mutagenic UV irradiation.

Professor Barry Lomax from the University of Nottingham explains “Plants require sunlight for photosynthesis but need to protect themselves and particularly their pollen against the harmful effects of UV-B radiation. To do so, plants load the outer walls of pollen grains with compounds that function like sunscreen to protect the vulnerable cells to ensure successful reproduction.”

Professor Liu Feng adds: “We have developed a method to detect these phenolic compounds in fossil pollen grains recovered from Tibet, and detected much higher concentrations in those grains that were produced during the mass extinction and peak phase of volcanic activity.”

Summarizing the groups findings Dr. Wes Fraser based at Oxford Brookes University commented: “Volcanism on such a cataclysmic scale impacts on all aspects of the Earth system, from direct chemical changes in the atmosphere, through changes in carbon sequestration rates, to reducing volume of nutritious food sources available for animals.”