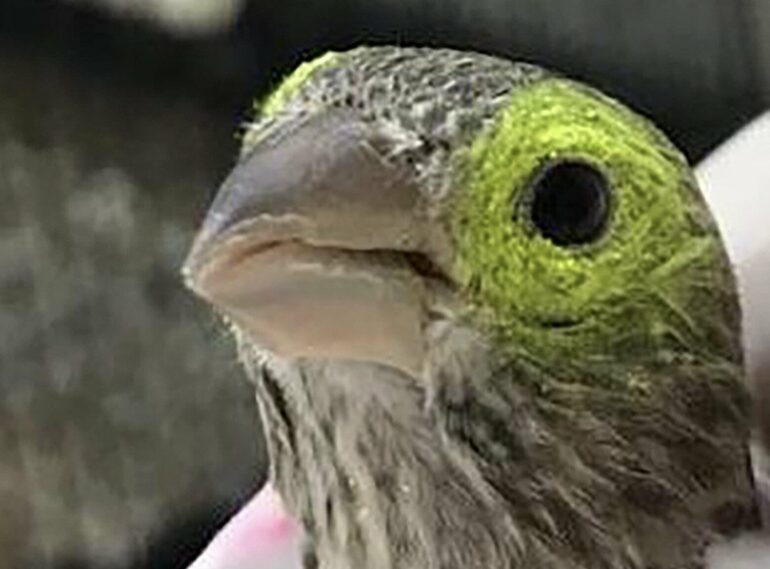 It’s “Treasure Island” author Robert Louis Stevenson who is credited with coining the phrase “You cannot make an omelet without breaking eggs.” For us humans, it’s now cliché. For pathogens, these are words to live by. Or, rather, spread by.

Like all living organisms, pathogens want to thrive. Aside from cellular reproduction, though, the best future for them lies in moving from host to host. Think of each host as Stevenson’s eggs, unwittingly waiting to be cracked, if not broken, (meaning ill). That’s why pathogens—from conjunctivitis, commonly known as pink eye, or a common cold or a disease as severe as COVID-19—make their hosts sick: Spread is sometimes only made possible by expulsion via swollen red eyes; coughing or sneezing, or passing through bodily fluids, according to Virginia Tech biologist Dana Hawley.

“For a pathogen, ‘spreading’ is their key form of reproduction. And when we think about why pathogens make their hosts sick, it’s long been a mystery, because making a host sick or making your host die is superficially not a good way for a pathogen to be able to spread. A very sick host will stay home and not interact as much as others, which means less spread potential for a pathogen,” said Hawley, a professor in the Department of Biological Sciences, part of the Virginia Tech College of Science.

But here’s the caveat: “Making your hosts feel ill can be important for getting some of the copies of yourself out of the host you are infecting and into another. So there is a trade-off for the pathogen,” Hawley said. “Making your host feel sick means that host may not interact with as many other hosts as they normally would—this is bad for the pathogen—but when they do have interactions, a very sick host that is coughing or has swollen eyes is going to be much more likely to spread whatever pathogen it has in its body. This is good for the pathogen.”

Using a type of songbirds known as finches, whose populations are affected by a pink-eye disease in nature, Hawley and a team of researchers from Virginia Tech and the University of Memphis in Tennessee have shown just how easily these pathogens—in this case, a form of conjunctivitis common in birds, but harmless to humans—spread. They did it without causing the pink eye pathogen itself to spread from bird to bird.

Instead, the team used UV fluorescent powder coatings, and tracked those and not the pathogen. During the experiment, birds were divided into three groups: not ill, mildly ill, and strongly ill, all with conjunctivitis, and each bird was housed with four healthy flockmates. By applying a powder coating around the outer eye of each bird, but not inside the eye, the researchers could track how much powder was spread to flockmates from birds that were strongly, mildly, or not ill with pink eye.

“We weren’t actually tracing the spread of conjunctivitis. We were tracing the spread of powder as a model for the likely spread of conjunctivitis,” said Hawley, who is also an affiliated member of the Virginia Tech Fralin Life Sciences Institute’s Global Change Center and its Center for Emerging, Zoonotic, and Arthropod-borne Pathogens, about the study, published today in the journal Royal Society Open Science.

During the study, birds were kept in large-flight cages, sharing feeders and potentially spreading powder to cage mates. Feeder surfaces are one main avenue of the powder’s travel, according to the study.

There were some surprises along the way, Hawley said. The finches experiencing the strongest conjunctivitis symptoms were far less likely to eat but nonetheless spread the powder at a higher rate than the mildly ill birds who spent more time feeding.

“In our study system, the benefits of making your host sicker by increasing eye swelling outweighed the cost of making the finches feed and interact less,” Hawley said. “So overall, this pathogen is going to likely evolve to cause more harm to birds in nature so that it can spread at a higher rate, but up to some limit, because if the pathogen kills a bird immediately, the pathogen doesn’t have a chance to spread at all.”

What does all this mean for humans and the spread of a common cold or COVID-19 at a doctor’s office or the cinema, or the spread of conjunctivitis among young children at a nursery school or day care?

The mantra of “stay home if you’re sick” still applies more than ever, according to Hawley. This study suggests that symptoms will make the spread of anything you are infected with much more likely. And wear a face mask—and not just for potential spread of COVID. “Wearing masks when you are coughing from any illness can likely go a long way in preventing disease spread,” Hawley said. “For pink eye, keeping kids isolated is going to be key because young children are just not going to be able to wash their hands or avoid touching each other—speaking from experience as a parent.”

Evolution plays another part. Again, pathogens are living organisms and prone to the rules of life, including evolution. “This goes back to the idea that everyone hoped that COVID would evolve to become milder over time,” Hawley said.

An easy relationship between a beetle and its yeast symbiont

“Our study shows that the pressures on pathogens are complicated. On the one hand, being mild is good for pathogens if it keeps your host out and about and in others’ company—good for spread, but on the other hand, being mild may mean that none of the pathogen makes it out of the host and into another because your host isn’t coughing or depositing as much pathogen onto hands or other surfaces. So pathogens are in many cases going to be favored to make us sick.”

In other words, for humans, common sense actions can prevent us from being those proverbial eggs of which Stevenson spoke.