The rise to royalty: How worker wasps balance specialization and plasticity 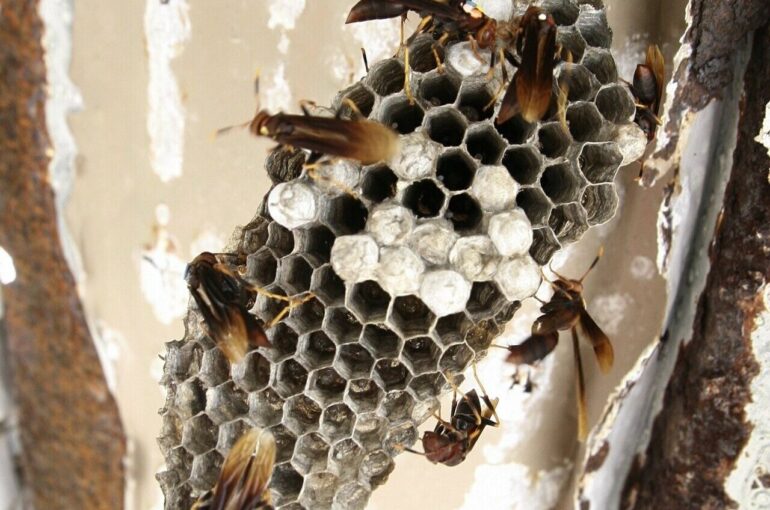 An international team of biologists and theoretical physicists from Dresden (Max Planck Institute for the Physics of Complex Systems), Cambridge, UK (Babraham Institute) and Athens (B.S.R.C. “Alexander Fleming”) has tackled this paradox using experiments on paper wasps. Paper wasps are social insects that display societal division of labor, with some insects specializing in foraging and other tasks (workers) while a single insect becomes the queen that specializes in producing offspring.

While this division of labor remains stable for the entire lifetime of the queen, when the queen is removed from the nest or dies the remaining workers can rapidly change their behavior and establish a new queen. Due to this behavior the paper wasps serves as an experimental testing ground to study biological plasticity.

During field trips to the wasps’ native habitat in Panama the scientists conducted experiments where they removed the queen from nest societies and then measured how the remaining workers reestablish a new queen.

In these experiments, the research combined different experimental tools like video recordings and detailed molecular profiling of the insects’ brains to follow this process simultaneously on vastly different spatial scales of biological organization in order to investigate the interplay between molecular processes and societal interactions.

“Using social insects to study plasticity gave us the unique opportunity to relate molecular, individual and societal processes over time on the level of individual insects, something that is not feasible when studying cells in mammalian tissues,” says Dr. Solenn Patalano who conducted the experiments.

By employing theory, the researchers, led by Dr. Steffen Rulands, then disentangled the different processes that lead to the establishment of a stable society and the capability of workers to establish a new queen. They found that paper wasps counterbalance the expression of genes that establish queen-like behavior with aggressive fighting that represses the same genes.

“It is fascinating to see how these societies manage to combine processes occurring on scales order of magnitude apart in order to overcome a seeming paradox,” says Adolfo Alsina, who performed the theoretical work. The insights gained from social insects might in the future be applied to understand plasticity in other biological systems, such as the reprogramming of cells into stem cells in regenerative therapies.

The research was published in Cell Systems.

While some insects are declining, others might be thriving

Citation:
The rise to royalty: How worker wasps balance specialization and plasticity (2022, September 23)