The role of messenger RNA in DNA repair 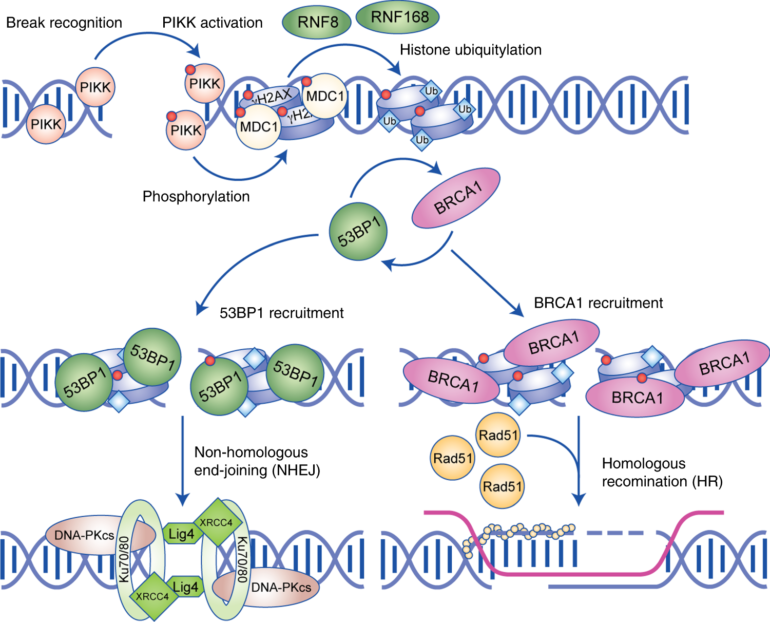 An organism’s genome could be compared to a complex system of instructions that allows it not only to develop, but also to carry out all the activities essential to its survival. To do this, this genome needs to be expressed correctly, i.e. these instructions need to be “read” properly, and the information it contains must not be altered or degraded over time.

The first process is known as gene expression and involves the information contained in the genes (the DNA) being properly converted into a set of valid tools (the proteins). This requires the transient formation of a messenger molecule that transmits this information (messenger RNA). Classical biology, as it appears in textbooks, describes how DNA is literally copied into an RNA molecule that is transformed in a specific way into a specific protein in a process in which the information remains unchanged. This classical view has been shown to be erroneous, as the RNA molecule itself can be altered in a regulated manner in different ways before it is converted into proteins.

The second process, the maintenance of genomic stability, is possible because of a series of cellular intrinsic mechanisms that check and repair any physical or chemical alterations in the DNA to restore the original information. These processes are the DNA repair mechanisms.

In a study led by Sonia Jimeno and carried out at the laboratory of Pablo Huertas (CABIMER and Department of Genetics of the University of Seville), a novel connection has been described between the repair of DNA breaks and the modifying factors of the messenger RNA molecule. Specifically, they have established that when the DNA of a cell suffers breaks, a specific mechanism is activated to alter the RNA molecules, changing the information they contain.

This mechanism promotes faithful DNA repair in several ways. In particular, one way is to facilitate the removal of RNA molecules that are trapped in the DNA requiring repair. This elimination is necessary for the repair machinery to work properly and is carried out by proteins called ADARs.

Taking into account that these proteins are implicated in some rare diseases and in the appearance of cancer, it is possible that these discoveries may serve in the long term to better understand how these pathologies appear.

The resaerch was published in Nature Communications.

Provided by
University of Seville