Underground wildlife is slow to recover from soil damage, finds study of croplands and plantations 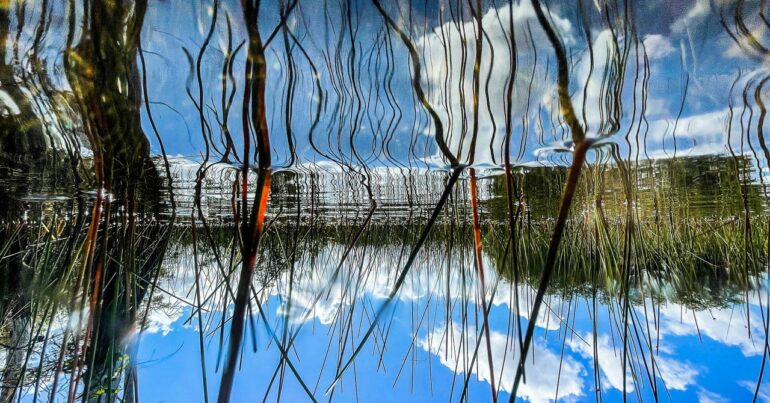 Intensively used land isn’t just harmful to biodiversity we can see—it’s also harming the wildlife living under the ground.

A new study found that populations of species living in croplands and plantations are much lower than elsewhere, which could inform new ways to restore ecosystems.

Though it may not always seem like it, soil is alive with many different kinds of life. Collectively, species which live in the soil make up almost a quarter of all known species, from vertebrates such as moles to invertebrates, plants and bacteria.

Despite its high biodiversity, it’s often overlooked both scientifically and economically. A new study, published in the journal BMC Ecology and Evolution, seeks to change this by showing how our use of land can affect the species which call soil home.

Dr. Victoria Burton, the study’s lead author, says, “Soil underpins a lot of other life, and is vital to terrestrial food webs across the world. However, a lot of indicators used to show the state of nature are based almost entirely on above ground measures.”

“If we only measure how animals like birds and butterflies respond to changes, we might be putting restoration policies in place that don’t help—or even harm—soil species, which could hold back wider recovery. To restore ecosystems, we need to take a broader view above and below ground.”

How does soil form, and how does it change?

Though it can be easy to lump it all together, soil is not the same around the world. Soil is formed as different rocks break down, and so the exact rock type can alter the properties it has.

At first, these rocks are broken down as they are eroded by rainwater, or broken apart as ice freezes and thaws. This opens gaps which lichens can enter, with their growth helping to further break the rocks apart. The production of acids by lichens and plant decay can also weather rocks further.

As these rocky fragments are broken down even more, they start to mix with decaying organic matter. Over hundreds to thousands of years, this eventually leads to the formation of what we know as soil as it becomes enriched with nutrients from natural, and sometimes anthropogenic, sources.

Aside from simply being a surface to live in and on, soil has many other important roles. It can store nutrients and improve water quality, with its overall value to the world estimated to be $2.1 billion every year.

Unfortunately, soil is so ubiquitous that it is often taken for granted. Intensive farming practices, construction, and deforestation can cause soil to degrade much faster than it does naturally.

“Soil is quite resilient, and so it’s only recently that the issue of soil degradation has been noticed,” Victoria says. “Methods of intensive farming, such as artificial fertilizers and continuous plowing, lock farmers into their use and can lead to a vicious circle of soil degradation.”

Another reason that changes in soil aren’t always noticed is because it is solid. While changes in air or water quality are often visible, changes happening below our feet and out of sight are not.

Scientifically, the historic understudying of some organisms compared to others means that much of the life in soil can’t be easily identified to a species level. This makes it much harder to track how these organisms are being affected.

The new study hopes to begin a process of change by revealing just how soil life is being affected by our actions. It forms part of the Museum’s PREDICTS project, which works with international researchers to investigate how land use is changing the diversity of species.

“I really enjoyed working with researchers from all over the world and collecting data together with them,” Victoria says. “It shows that science is a team game, and that working together can improve our monitoring of biodiversity.”

How is soil wildlife affected by land use?

The researchers looked at five types of land use, including areas used to grow crops, plantations such as timber forests, and pasture used for grazing. They also looked areas that have not been affected by humans, known as primary vegetation, as well as secondary vegetation which has been allowed to recover.

For each, they assessed how the abundance of above ground and soil organisms changed in each habitat, as well as the impact different characteristics of the soil, such as its acidity, had on the species present.

The researchers found that in more intensively used habitats, such as cropland and plantations, the abundance of soil organisms was significantly lower than in less-altered habitats such as pasture and primary vegetation.

“While this result isn’t that surprising, the difference is more than I expected,” Victoria says. “It may be that these differences are driven by some groups doing much better in certain habitats than others, so I hope to dig deeper into this in the future to see how different organisms respond.”

Even in secondary vegetation which has been given a chance to recover, the differences between above and below ground organisms were pronounced. It suggests that while above ground biodiversity can recover quickly after human impacts cease, species living in the soil are much slower to rebound.

As for the characteristics of the soil, the acidity of the soil had the most significant effect on plantations. The abundance of soil organisms was less than their above ground counterparts in these environments, which may relate to the soil becoming acidified as pine needles decay.

Victoria hopes that insights like these could inspire future research projects, as well as provide vital information for how to restore ecosystems in a way that works for species above and below ground.

“Going forward, I’d like to study the restoration of conifer plantations into native deciduous woodlands, and see how much these change over time with different restoration techniques,” Victoria adds.

“Using narrower definitions of different land use types, and organisms, could also provide better explanations of the variation we’ve seen between the different environments.”