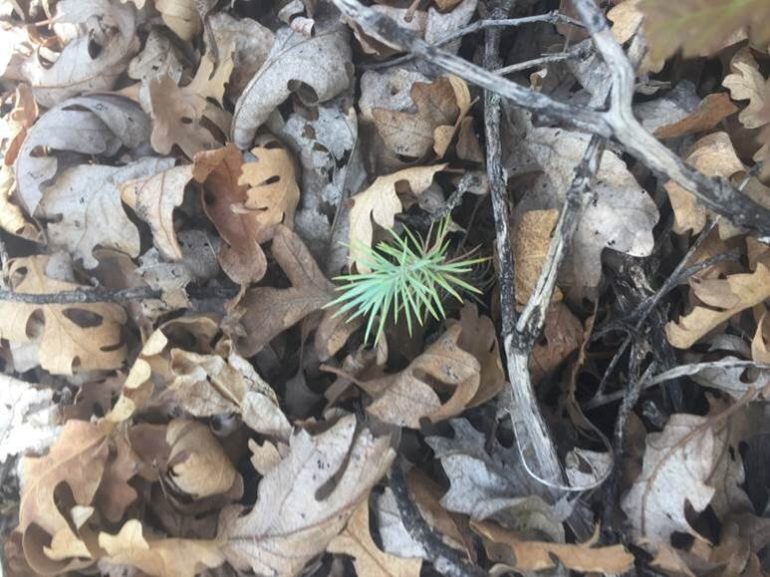 Though noise may change moment by moment for humans, it has a more lasting effect on trees and plants.

A new Cal Poly study reveals that human noise pollution affects the diversity of plant life in an ecosystem even after the noise has been removed. This is the first study that explores the long-term effects of noise on plant communities. It was published in the Proceedings of the Royal Society B.

In a study conducted twelve years ago near natural gas wells in New Mexico, researchers found that there were 75% fewer piñon pine seedlings in noisy sites as in quiet ones. This was most likely due to the noise driving away the Woodhouse’s scrub jay, which plants thousands of pine seeds while storing them to eat during the winter months.

A research team recently returned to the sites to find out whether the piñon pine had recovered over time.

Because companies change the sites where they use noisy compressors to help produce natural gas, some of the previously noisy sites had become quiet. In these areas, there were fewer seedlings and saplings compared to sites that didn’t have compressors added to the wellpad to speed up gas extraction. The decrease in saplings results from the time when the site was noisy, but the decrease in seedlings shows that piñon pine seeds still weren’t sprouting once the noise was removed.

“The effects of human noise pollution are growing into the structure of these woodland communities,” said biology professor and senior author Clint Francis. “What we’re seeing is that removal of the noise doesn’t necessarily immediately result in a recovery of ecological function.”

While it’s possible that the piñon pine has decreased because of a lack of opportunities to produce, it’s more likely that the Woodhouse’s scrub jay hasn’t returned to the formerly noisy area and so isn’t planting seeds.

“Some animals, like scrub-jays, have episodic memory,” said Jennifer Phillips, the lead author who worked on the project while a postdoc at Cal Poly and who is now a professor teaches at Texas A&M-San Antonio. “Animals like the scrub-jay that are sensitive to noise learn to avoid particular areas. It may take time for animals to rediscover these previously noisy areas, and we don’t know how long that might take.”

Researchers also found differences in juniper seedlings and communities of flowering plants depending on current noise levels and whether noise levels had recently changed because noisy compressors were moved. Sites with greater noise had fewer juniper seedlings and different types of plants than quiet sites. Because of the complexity of ecosystems, the cause of these changes is still unknown.

“Our results reveal that plant communities change in lots of ways with noise exposure,” Francis said. “We have a decent understanding of how and why foundational trees like piñon pine are affected by noise from our previous work with jays, but we are also seeing large changes in plant communities through changes in the abundance of shrubs and annual plants. These changes likely reflect impacts of noise on animals that eat plants, such as deer, elk and various insects, plus the many pollinators that are important for plant reproduction. In essence our research indicates that the consequences of noise are far-reaching and reverberate throughout the ecosystem through lots of species.”

Future studies can offer a more fine-tuned look at how noise is causing these ecosystem changes. Researchers want to know more about which herbivores, seed dispersers and pollinators avoid or are attracted to noise and how changes in insect and animal behavior combine to affect plant communities.

Based on patterns from over a decade of an ecosystem experiencing noise pollution, evidence suggests that plant communities may take a long time to recover from the effects of human noise. Still, co-author and lead botanist Sarah Termondt, a Cal Poly research affiliate, emphasizes the need to understand the full and lasting costs of noise. “Continuing to look at long-term changes in floristic inventories over time will elucidate whether communities do eventually recover after long periods of noise pollution, even once it is removed from the landscape,” she said.

When changes to plant communities are viewed alongside the growing evidence for the problems that noise creates for animals, it is increasingly difficult to ignore the near absence of noise regulations across the U.S.

Noise can put you off your food


Citation:
Cascading effects of noise on plants persist over long periods and after noise is removed (2021, April 13)
retrieved 14 April 2021
from https://phys.org/news/2021-04-cascading-effects-noise-persist-periods.html