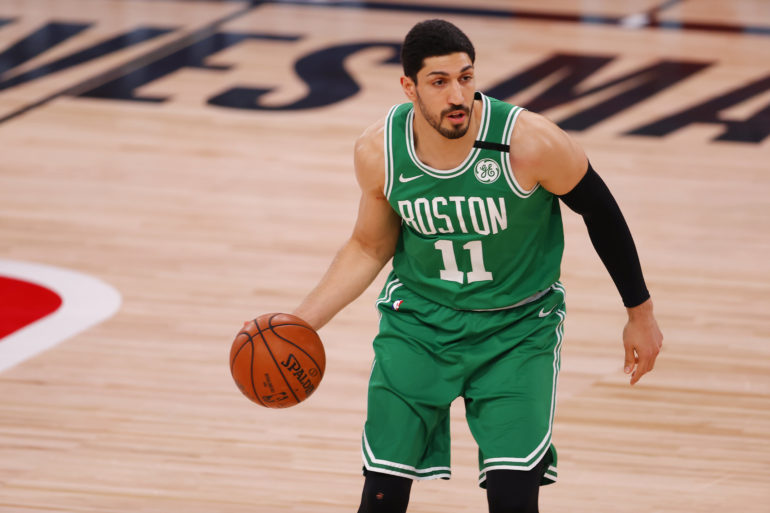 GUANGZHOU, China — The National Basketball Association could once again face a backlash in China after Boston Celtics player Enes Kanter tweeted a video in support of independence for Tibet.

Not long after the tweet on Wednesday, highlights from the Celtics’ game against the Knicks were made unavailable on the Tencent Sports app. Upcoming Celtics games also appear to be unavailable for live stream.

China-based Tencent declined to comment when contacted by CNBC.

In a video posted on Twitter, Kanter called Chinese President Xi Jinping a “brutal dictator” and said he supports Tibetan people’s “cause for freedom.” The NBA star, who has commented on political issues before, repeated the phrase “free Tibet” three times while wearing a t-shirt with the Dalai Lama on it.

“It’s despicable to use Tibet-related issues to get others’ attention,” China’s Ministry of Foreign Affairs said, according to a CNBC translation of its comment.

Chinese communist troops took control over Tibet in 1950. China has held that Tibet has long been part of its territory and that the military action was part of a peaceful liberation of the region. China has denounced the current Dalai Lama, who Buddhists see as their spiritual leader and who is currently in exile in India, as a separatist. The Dalai Lama has denied he is a separatist.

In June last year, independent United Nations experts “raised their concerns regarding a range of issues of grave concern” including the “collective repression of the population, especially religious and ethnic minorities, in Xinjiang and Tibet.”

China has repeatedly said that issues related to Tibet, the northwest region of Xinjiang, and Hong Kong are not human rights issues. China maintains that these are “internal affairs” and other countries should not interfere.

The Boston Celtics and NBA China were not immediately available for comment when contacted by CNBC.

On Chinese Twitter-like service Weibo, one Boston Celtics fan account with 615,000 followers said they would no longer post about the team.

The NBA, the most popular U.S. sports league in China, has faced backlash before over sensitive issues.

In 2019, the then-Houston Rockets General Manager Daryl Morey sent a tweet in support of anti-government protests in Hong Kong. He later apologized. But the incident caused a major fallout including broadcasters suspending the showing of Rockets games and commercial partners cutting ties with the team.

Kanter has previously been critical of Turkish President Recep Tayyip Erdogan, and the government reportedly revoked his Turkish passport in 2017.