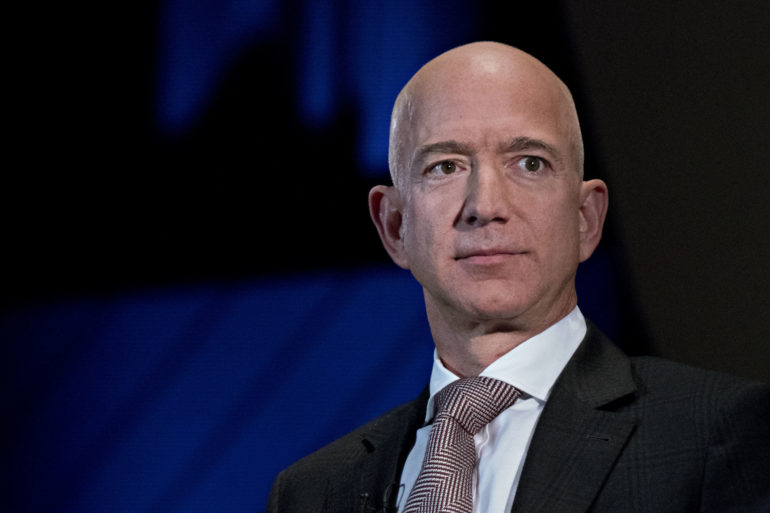 Amazon and Alphabet’s Google, which posted fourth-quarter earnings on Tuesday, saw the benefits of a rebound in advertising following a Covid pandemic dip in 2020.

Amazon shares were down slightly at the market open after it reported its first $100 billion quarter on the back of a strong holiday season and pandemic shopping surge. Amazon’s “other” category, which is primarily advertising, brought in $7.9 billion in revenue for the quarter. That’s an increase of 64% from a year ago.

Meanwhile, Alphabet saw its shares up more than 6% after the market open. The company’s revenue grew 23% on an annualized basis in the quarter, showing Google’s advertising business is recovering well after a big slowdown in the second quarter of last year.

Amazon’s chief financial officer, Brian Olsavsky, said the company saw a recovery in ad spend as the year progressed. He also said the decision to move Prime Day to the final quarter carried “a lot of clicks and eyeballs into Q4.”

“We’re improving the relevancy of ads shown on the product detail pages all the time, and we’ve seen rapid adoption of video creative format for sponsored brands,” he said.

Here’s what analysts had to say about Amazon’s advertising business:

JPMorgan analysts said Amazon’s advertising and AWS businesses are high-growing revenue streams and the profitable segments. Barclays analysts said Amazon continues to take market share from the ad industry, a theme that appears likely to continue this year. An ad-buyer survey from Cowen last month likewise said Amazon will be the leading market share gainer among major digital ads businesses in 2021 and 2022. The survey was based on responses from 52 senior U.S. ad buyers in December who represent $15B in U.S. ad spend.Deutsche Bank analysts believe ad strength will continue, especially as some of Amazon’s advertising peers brace for upcoming Apple privacy changes that will impact their businesses.  “We expect the momentum in advertising to continue, and medium term we also see potential upside stemming from IDFA changes, as we believe that AMZN is extremely well positioned to ride out the changes thanks to the transparency of its attribution and general high intent of platform purchases,” they said in a note to investors.Pivotal Research analysts said there could be limits to Amazon’s ad load within sponsored search, and said they’re concerned about retail deceleration.Baird analysts said Google could be helping Amazon’s competitors encroach on Amazon’s territory with new offerings. “Google is the leading facilitator of paid search advertising, which is the primary sales channel for many of Amazon’s competitors,” they wrote. “While Amazon is also one of Google’s largest customers, Google also enables its competitors. More recently Google has also created advertising products that help physical retailers to leverage their proximity to customers and the availability of their products.”

Google’s ad revenue for the fourth quarter was $46.20 billion, up 22% from $37.93 billion in the same quarter last year. That was evidence of a rebound from the onset of the Covid pandemic, when advertisers pulled back on spending and caused an 8% annualized drop in ad revenue and Google’s first ever year-on-year revenue decline.

YouTube ads, which delivered $6.89 billion in Q4, showed a 46% jump from this time last year when it earned $4.72 billion. It also saw a jump in viewers and longer time spent watching videos, executives said.

Bernstein said Google’s result was “a print for the ages.” They wrote that YouTube “appears to have broken through” as it grew faster than last quarter and faster than any rate over the last three years.  Google Network also “crushed Street and our expectations” led by mobile advertisers on AdMob, Bernstein analysts said, which they suspect was an effort to move spend away from Apple, where privacy changes are arriving soon.  While travel “showed some signs of recovery,” they argued it remains a catalyst for Google when there’s an eventual re-open.

YouTube also saw continued strength of direct-response ad dollars, while brand advertising saw a strong rebound in the quarter, executives said. Google has been building up direct-response products on YouTube, including “shoppable” ads that include product imagery.

Morgan Stanley analysts said YouTube is “arguably the most undervalued ad platform in our space.”  “Continued strength in direct response (DR) and the branded ad market recovery drove the growth,” they wrote. “This makes us bullish about YouTube into ’21 as we believe its DR product materially improved throughout ’20…which combined with a stronger branded ad environment positions it for 40%+ revenue growth.”