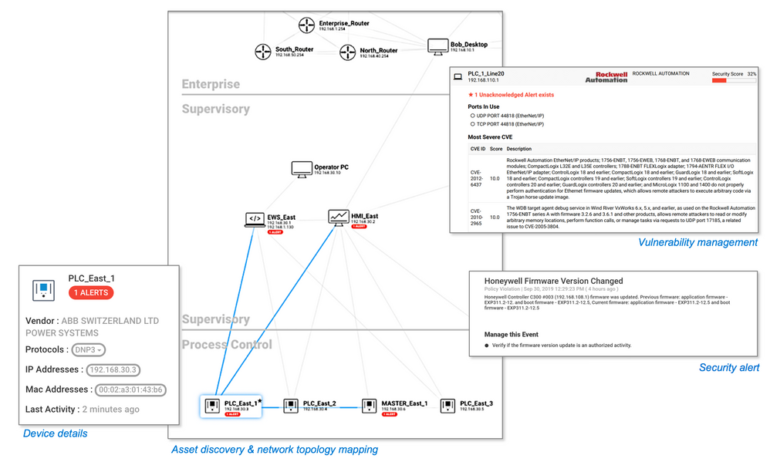 The product is a security solution for companies that manage IoT (Internet of Things) or OT (Operational Technology, aka industrial equipment) networks.

Smart devices and industrial equipment usually don’t have the resources to run dedicated security software, or their firmware doesn’t allow add-on software to be installed.

Azure Defender for IoT is a solution for companies that have large fleets of IoT/OT gear and works by passively inspecting all the network traffic inside a company to discover, inventory, and then monitor IoT and OT devices.

“You can deploy these capabilities fully on-premises without sending any data to Azure,” said Phil Neray, Director of Azure IoT Security Strategy at Microsoft. “Or, you can deploy in Azure-connected environments using our new native connector to integrate IoT/OT alerts into Azure Sentinel, benefiting from the scalability and cost benefits of the industry’s first cloud-native SIEM/SOAR platform.”

For any threats detected on a network, Azure Defender for IoT will send an alert to a local on-premise dashboard or to a cloud-based Azure Sentinel instance.

Detection capabilities include the likes of:

Apple might fix – for free – your broken iPhone, AirPods Pro, Mac, or other device, even if it’s out of warranty

In CompaniesSmartphones
on 7 December 20205 min read

Neray said Azure Defender for IoT would be free of charge during public preview.