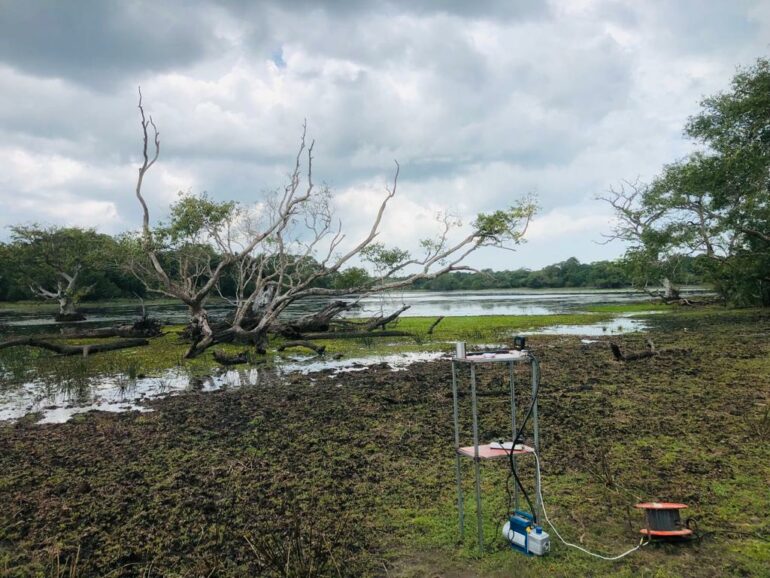 People are likely exposed to thousands of airborne microplastics a year indoors, a Griffith-led study has found.

Published in Environmental Science & Technology, the study investigated the abundance, distribution, form, and possible sources of microplastics (MPs) in indoor and outdoor sites in Sri Lanka, finding concentrations between 1 and 28 times higher indoors.

With people spending approximately 90% of their time indoors and based on the indoor and outdoor MPs levels identified in this study, the researchers calculated the average human exposure as 2,675 airborne microplastic particles per person every year.

“While the inhalation of MPs is suggested to be an important pathway of human exposure to plastics, there is very little data on their concentration in the air,” said Ms. Kushani Perera, a Ph.D. candidate from the Australian Rivers Institute.

“Most of the limited research on airborne MPs (AMPs) comes from high income countries with good waste management practices, with only a handful of studies in lower-middle-income countries.

“The few available studies on AMPs have generally collected the airborne plastics using a passive sampling technique, where they are deposited out of the atmosphere in wet or dry conditions. This method, it can be argued, is not particularly relevant for evaluating MP exposure via inhalation.”

For this reason, the researchers used an active sampling technique which pumped a known volume of air through a filter and evaluated the accumulated MPs. Active sampling is a more relevant method to identify the human exposure to ambient air-borne microplastic levels.

“To the best of our knowledge, no previous study has been conducted in South Asia to identify and quantify AMPs using an active sampling method,” said co-author Professor Frederic Leusch who leads the ARI Toxicology Research Program (ARITOX) at the Australian Rivers Institute.

The indoor MPs levels, made up of fibers and the occasional fragments mostly from textiles and clothing, were significantly higher than outdoor levels by a factor of 1–28 times, regardless of the type of outdoor environment. Transparent, blue, and black fibers in the size range of 0.10 to 0.50 millimeters were the dominant AMPs across all sites.

“These initial results from Sri Lanka, show that the amount of indoor airborne microplastics is more related to indoor sources and the occupants’ lifestyle than the outdoor environment,” said Professor Leusch.

“In the outdoor samples, the amount of AMPs was always greater in high-density sites compared to the low-density areas, suggesting the abundance and distribution of AMPs was related to population density, level of industrialization, and human activity.”

The dominant type of microplastics in both indoor and outdoor sites was PET fibers (polyethylene terephthalate), primarily originating from clothing and textiles.

“This study is an important first step that shows the abundance of AMPs in a lower-middle income country in South Asia,” said Ms. Perera.

“More research needs to be done in this region as it accounts for nearly a quarter of the world’s population and is the second largest contributor to global plastic waste.”

“To date, very limited monitoring and mitigation measures for AMPs have been implemented, not only in South Asia but around the world. Long-term monitoring of AMPs is needed worldwide to create a database on their abundance and distribution, and to accurately assess human exposure via inhalation and the potential health risks.”