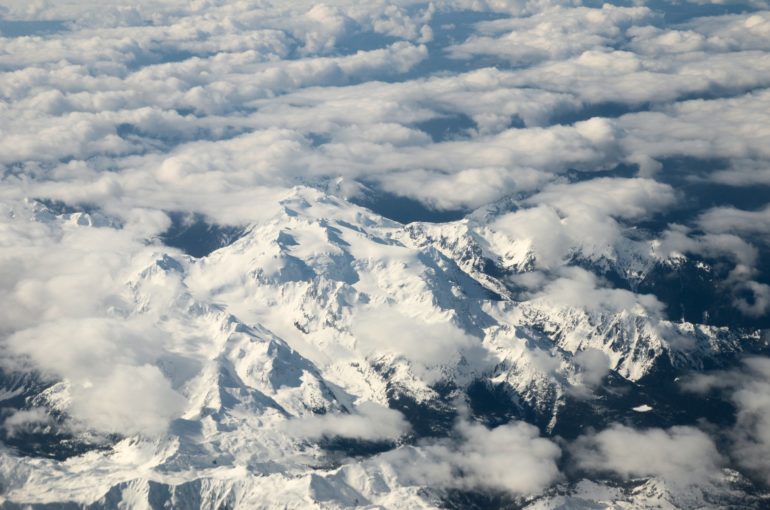 At cruising altitude, airplanes emit a steady stream of nitrogen oxides into the atmosphere, where the chemicals can linger to produce ozone and fine particulates. Nitrogen oxides, or NOx, are a major source of air pollution and have been associated with asthma, respiratory disease, and cardiovascular disorders. Previous research has shown that the generation of these chemicals due to global aviation results in 16,000 premature deaths each year.

Now MIT engineers have come up with a concept for airplane propulsion that they estimate would eliminate 95 percent of aviation’s NOx emissions, and thereby reduce the number of associated early deaths by 92 percent.

Today’s planes are propelled by jet engines anchored beneath each wing. Each engine houses a gas turbine that powers a propeller to move the plane through the air as exhaust from the turbine flows out the back. Due to this configuration, it has not been possible to use emissions-control devices, as they would interfere with the thrust produced by the engines.

In the new hybrid-electric, or “turbo-electric,” design, a plane’s source of power would still be a conventional gas turbine, but it would be integrated within the plane’s cargo hold. Rather than directly powering propellers or fans, the gas turbine would drive a generator, also in the hold, to produce electricity, which would then electrically power the plane’s wing-mounted, electrically driven propellers or fans. The emissions produced by the gas turbine would be fed into an emissions-control system, broadly similar to those in diesel vehicles, which would clean the exhaust before ejecting it into the atmosphere.

“This would still be a tremendous engineering challenge, but there aren’t fundamental physics limitations,” says Steven Barrett, professor of aeronautics and astronautics at MIT. “If you want to get to a net-zero aviation sector, this is a potential way of solving the air pollution part of it, which is significant, and in a way that’s technologically quite viable.”

The details of the design, including analyses of its potential fuel cost and health impacts, are published today in the journal Energy and Environmental Science. The paper’s co-authors are Prakash Prashanth, Raymond Speth, Sebastian Eastham, and Jayant Sabnins, all members of MIT’s Laboratory for Aviation and the Environment.

The seeds for the team’s hybrid-electric plane grew out of Barrett and his team’s work in investigating the Volkswagen diesel emissions scandal. In 2015, environmental regulators discovered that the car manufacturer had been intentionally manipulating diesel engines to activate onboard emissions-control systems only during lab testing, such that they appeared to meet NOx emissions standards but in fact emitted up to 40 times more NOx in real-world driving conditions.

As he looked into the health impacts of the emissions cheat, Barrett also became familiar with diesel vehicles’ emissions-control systems in general. Around the same time, he was also looking into the possibility of engineering large, all-electric aircraft.

“The research that’s been done in the last few years shows you could probably electrify smaller aircraft, but for big aircraft, it won’t happen anytime soon without pretty major breakthroughs in battery technology,” Barrett says. “So I thought, maybe we can take the electric propulsion part from electric aircraft, and the gas turbines that have been around for a long time and are super reliable and very efficient, and combine that with the emissions-control technology that’s used in automotive and ground power, to at least enable semielectrified planes.”

Before airplane electrification had been seriously considered, it might have been possible to implement a concept such as this, for example as an add-on to the back of jet engines. But this design, Barrett notes, would “kill any stream of thrust” that a jet engine would produce, effectively grounding the design.

Barrett’s concept gets around this limitation by separating the thrust-producing propellers or fans from the power-generating gas turbine. The propellers or fans would instead be directly powered by an electric generator, which in turn would be powered by the gas turbine. The exhaust from the gas turbine would be fed into an emissions-control system, which could be folded up, accordion-style, in the plane’s cargo hold—completely isolated from the thrust-producing propellers.

He envisions the bulk of the hybrid-electric system—gas turbine, electric generator, and emissions control system—would fit within the belly of a plane, where there can be ample space in many commercial aircraft .

In their new paper, the researchers calculate that if such a hybrid-electric system were implemented on a Boeing 737 or Airbus A320-like aircraft, the extra weight would require about 0.6 percent more fuel to fly the plane.

“This would be many, many times more feasible than what has been proposed for all-electric aircraft,” Barrett says. “This design would add some hundreds of kilograms to a plane, as opposed to adding many tons of batteries, which would be over a magnitude of extra weight.”

The researchers also calculated the emissions that would be produced by a large aircraft, with and without an emissions control system, and found that the hybrid-electric design would eliminate 95 percent of NOx emissions

In Apps and WebComputer science
on 18 October 202110 min read

If this system were rolled out across all aircraft around the world, they further estimate that 92 percent of pollution-related deaths due to aviation would be avoided. They arrived at this estimate by using a global model to map the flow of aviation emissions through the atmosphere, and calculated how much various populations around the world would be exposed to these emissions. They then converted these exposures to mortalities, or estimates of the number of people who would die as a result of exposure to aviation emissions.

The team is now working on designs for a “zero-impact” airplane that flies without emitting NOx and other chemicals like climate-altering carbon dioxide.

“We need to get to essentially zero net-climate impacts and zero deaths from air pollution,” Barrett says. “This current design would effectively eliminate aviation’s air pollution problem. We’re now working on the climate impact part of it.”